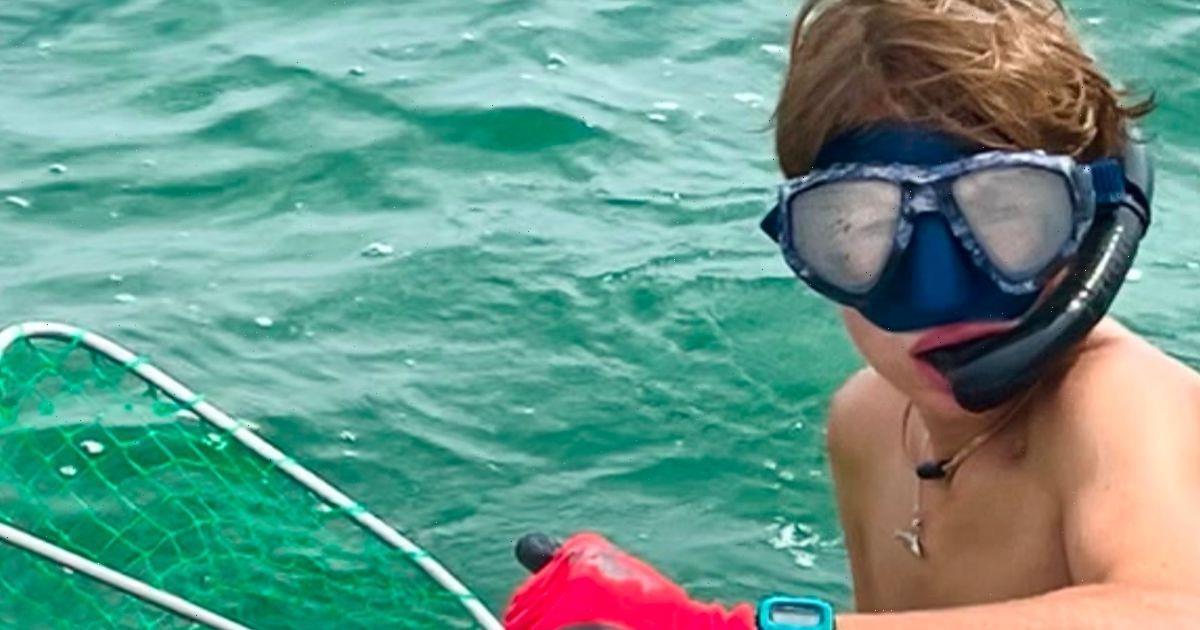 Good Morning Britain fans were left in utterly shock after a teenage boy struggled to tell the tale of how he survived a shark bite.

During Monday’s (August 8) visit to the ITV studios, viewers were treated to a wild shark story after a 13-year-old boy narrowly escaped with his life while on holiday in the Florida Keys with his parents.

Brave swimmer Fischer Hricko, from Oviedo, told GMB news how he was bitten by a nurse shark – a species typically known for their docile nature – while he was out catching lobsters with his family last week.

The teen recalled how he was bitten on his mouth and forced to pull the terrifying shark off his face underwater before he escaped with his life.

He told the breakfast show about the life-changing experience as he admitted that he was convinced he was “going to die.”

The brave teen told the news outlet: “I basically pulled the shark off my face and it broke [my mask]. I thought I was really injured I thought my whole lip was off but it wasn’t too bad luckily.

“It was really crazy when it happened – I really thought I was going to die.”

Fischer then bravely swam back to their family boat where they rushed him to a hospital and received ten stitches to his upper lip and chin.

His mum Rhiannon added: “He was just saying, ‘Mum, shark! Get me out of the water!’ you know just screaming at the top of his lungs. A mum knows that sound and it was pretty awful.”

Doting dad Kent confessed that his son has the look of “pure terror” in his eyes as he swam for his life to the family boat.

He added: “And then when I realised that he got bit by a shark he was really in tears and pure terror and I couldn’t protect him.”

One user penned: "Shark attacks are so rare, yet GMB are losing their mind. If you swim in the seas of hotspot areas, it shouldn't be a surprise if someone rarely gets attacked.

Another added: "If you want Nurse Sharks got to Cancun, Mexico, Loads of them in the shallows where tourists are in waist deep water. One of the most peaceful of the sharks #gmb."

A third penned: "They were told the sharks were 'completely safe' lol what?! This family are surprised a shark then bit one of them because they literally believed these huge carnivorous predatory animals wouldn't bite anyone swimming around in their territory? Ugh, please #GMB @GMB."

It comes after one swimmer had been bitten by a shark while snorkelling just off the coast of Cornwall last week.

The person involved, whose name has not been disclosed, was reportedly bitten on the leg by a blue shark during a dive around the coast of Penzance.

Luckily, the snorkeler received first aid on the beach and was given further treatment from the ambulance crews who arrived at the scene soon after.