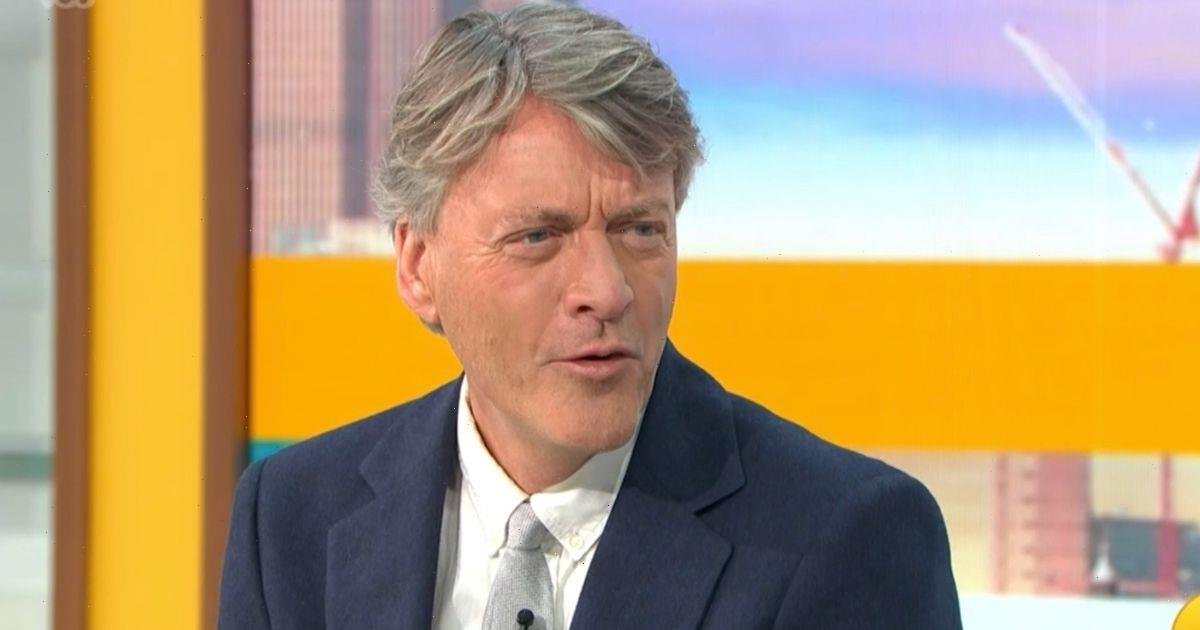 Richard Madeley was slammed by Good Morning Britain fans after he seemingly turned Britney Spears and fiancée Sam Asghari's happy news into a story about his own family.

The TV veteran, 65, explained that he and his wife Judy Finnigan had once had the pleasure of interviewing the Pop Princess which made his daughter Chloe Madeley green with envy – as she was such a huge fan.

As a result of the on-screen discussion with the icon, Richard explained that they allowed their daughter to take the day off school and she was able to meet the Hit Me Baby One More Time star after.

Holding up his phone, he flashed a throwback snap of his daughter Chloe, Richard said: "This is Chloe my daughter when she was about 10, and this is when she was at the apex of her fandom of Britney. He revealed: "And we interviewed Britney Spears on one of our shows and we obviously had to give Chloe the morning off school.

"So she came in and Britney Spears comes on the floor of the studio in the commercial break and by arrangement came up to Chloe and said, 'Hello Chloe, really nice to meet you'… she's so sweet.

Richard continued: "I'm not making this up, Chloe didn't speak for the rest of the day! "She lost the power of speech for the rest of the day until bed time, and cried, tears just constantly running down her cheek."

The TV personality then went on to add: "And Britney was clearly well used to this kind of reaction. And now my daughter's expecting as well so there you go, the circle of life!"

Meanwhile, fans on Twitter were stunned that somehow Richard had managed to turn the global that Britney was expecting her third child, into a story about his own family. One person joked: "Has Richard got a daughter? He's never mentioned it. #GMB."

Another quipped: "Richard Madeley is proper full on Partridge this morning on #GMB Lovely stuff."

Which received a reply that read: "Yes, yes he did. He manages to make everything about himself."

While others echoed: "Is there a subject that Richard Madeley won’t make about himself? I’m quite surprised he hasn’t managed to link the war in Ukraine to himself yet. #gmb #goodmorningbritain #RichardMadeley."

A second agreed: "Me, me, me. My daughter this… What is the definition of news presenter these days? #gmb."

Good Morning Britain airs weekdays on ITV from 6am.