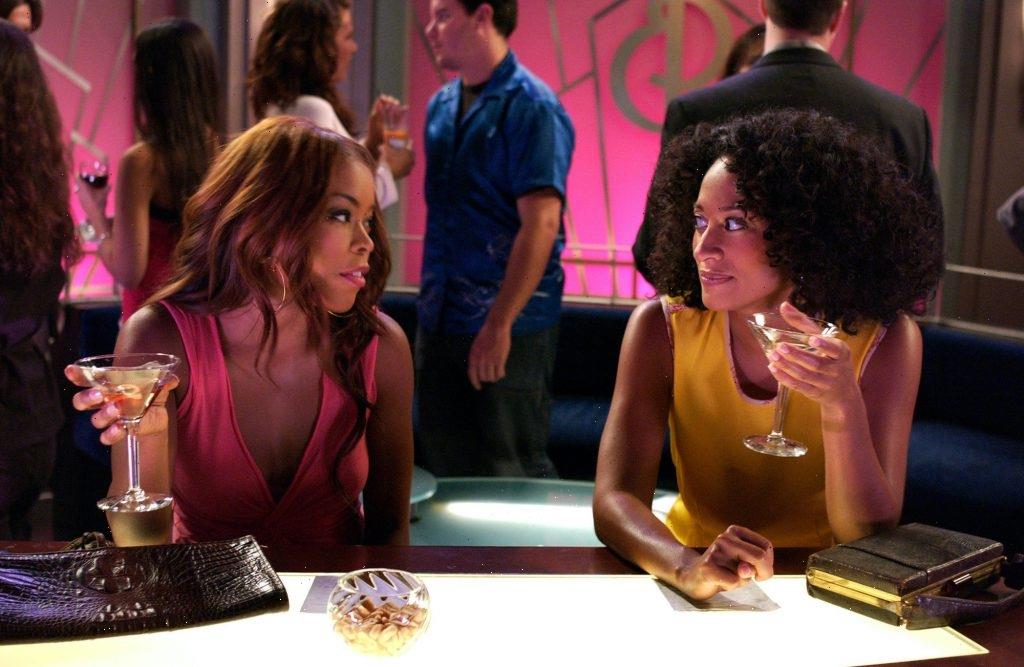 It’s been more than two decades since Girlfriends aired its last episode, but the TV show remains to be a classic. Girlfriends aired on UPN for six seasons and moved to The CW for its finishing seasons. The show followed a group of four women, each navigating life and balancing work life and relationships, and still doing right by their friendship at the end of the day.

The Girlfriends cast reunited on Zoom to talk about their time on the show, and some secrets came to light. One of the behind-the-scenes secrets involved a prank that the cast loved doing, and as it turns out, one of the cast members was slightly turned on by the go-to trick.

Brooks said 1 on set prank slightly turned her on

The cast of Girlfriends have been vocal about their working relationship and have shown fans how united they were on set. The ladies had a reunion via Zoom and spilled a lot of behind-the-scenes secrets for their fans.

One of the secrets that the ladies let on was that they had a prank which was sort of a tradition for them. The joke included the ladies flashing each other randomly. During the Zoom reunion, actor Tracee Ellis Ross asked the other ladies if they recalled the flashing phase they went through.

The rest of the group gleefully agreed and laughed while reminiscing. The ladies agreed that the flashing was a “thing” they did for a long time to each other. However, as The Things reports, Brooks had a lot riding with the pranks as she confessed that the flashings would turn her on.

She said, “we would go into each other’s room, and literally, I was slightly turned on.” Persia White, who played Lynn, jokingly asked the rest of the ladies if they could do it one more time “for the road.” Although they declined, the whole confession was worth a laugh.

Golden Brooks was Maya on ‘Girlfriends’

Golden Brooks was part of the four lead actors on the show. Fans first got acquainted with the character on the first episode as Joan Clayton’s secretary. Maya married her high school sweetheart Darnell and had a child together, Jabari. Their marriage at first seemed solid, but it hit a bump when she had an emotional affair with a colleague.

During the first few episodes of the first season, she and Toni bumped heads a lot due to Toni’s ego-driven lifestyle. However, they found common ground after a fight at the club erupted, ending with Toni realizing that Maya had her back. Viewers got to see Maya transform from a girl who grew up in Compton to a successful self-help author. She finally bought her dream home, and after reuniting with Darnell, they moved to West Adams.

What is Brooks up to today?

After Girlfriends ended in 2008, Brooks got busy with various projects. She worked on A Good Man is Hard To Find, playing Rachel that year and in 2010 appeared in Polish Bar as Ebony. She has appeared in other films such as The Great Divide, Supermodel, Definitely Divorcing, and Almost Amazing.

In 2008 she also appeared in CSI: Miami in a guest role playing Pam Dashiell. She followed that up with The Exes in 2011 and Hollywood Divas in 2014. Brooks appeared in a reunion episode in Blackish playing Malika and in I Am The Night as a regular playing Jimmy Lee.

In 2015, Martin Scorsese shared his favorite scary movies with The Daily Beast. Among them was a lesser-known ghost movie...