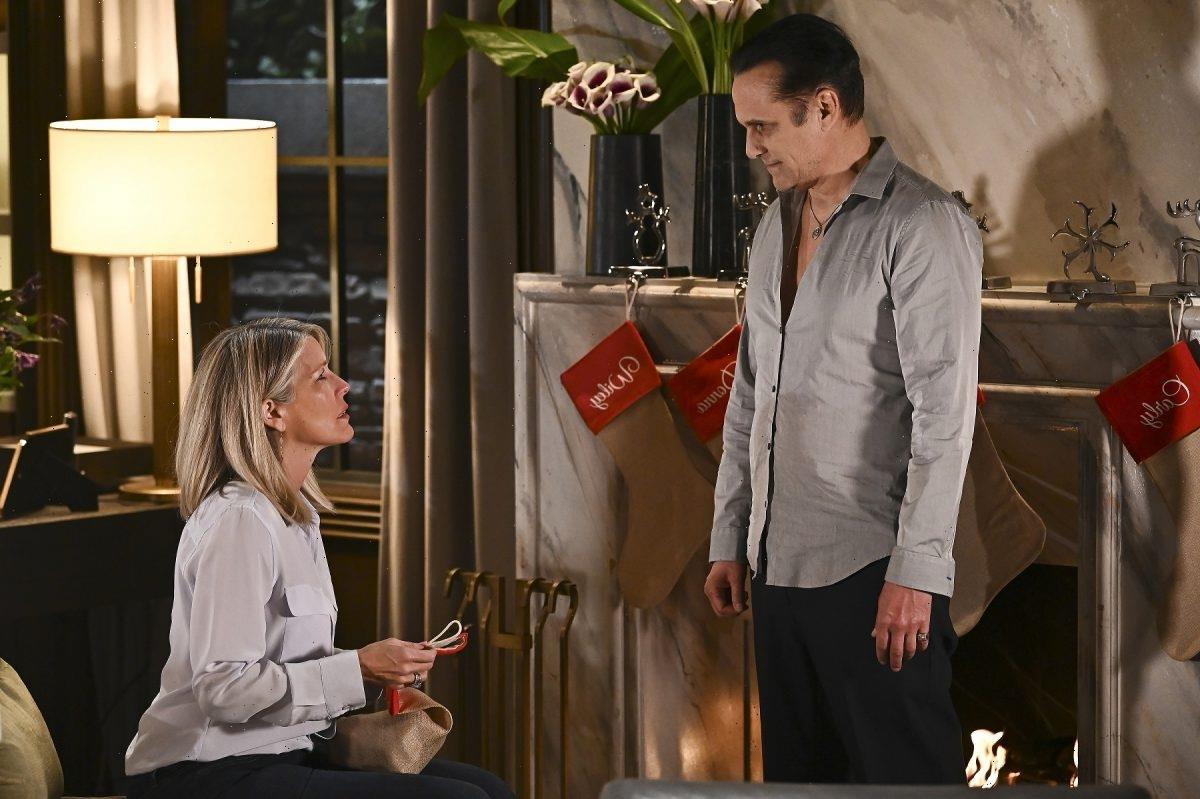 General Hospital fans know that Sonny Corinthos has always been someone who isn’t afraid to break the rules. And on this week’s episodes, he proved that he’s still the same old Sonny when he found himself torn between Nina and Carly. Carly, as we know, is his “heart.” That’s the mother of his child, and the woman he’s loved the most in all his time on the show. But Nina is a “new development.” And while they started their relationship under inauspicious circumstances, the feelings that are developing seem to be real. So what happened this week on General Hospital?

On ‘General Hospital,’ Sonny can’t decide between Nina and Carly

On the Nov. 11 episode of General Hospital, Sonny proved that his claims of having no feelings for Nina were false, to say the least. And, despite originally saying that she wasn’t here for the “rules,” Nina seems to be following them. So far, at least.

SoapHub confirms that Sonny laid down the law with his new lady: she’s welcome to hang out at Charlie’s, but she can’t make waves with Wiley. And she definitely can’t give grief to Carly, either.

While Nina seemed to agree with the terms, Carly…well…she’s getting there. We think. We hope. Actually, not really — we definitely know that there’s going to be more drama between these two sooner or later.

But he’s got other problems, too

Romance issues, however, are the least of Sonny’s problems. He still has a crime family to run, and a few people needed to be reminded of the pecking order of things.

That’s what we saw on the Nov. 10 episode of General Hospital, anyway. According to Soaps @ SheKnows, Sonny delegated the responsibility of Charlie’s to Phyllis, which will at least keep her busy. (Phyllis needs a fresh start, anyway, so good on Sonny for giving her that chance.)

Earlier in the week, too, Sonny rewarded Mrs. Wu for her loyalty, and for keeping Carly safe while he was, let’s say, “indisposed” as Mike of Nixon Falls. But he had to pay a visit to good old Joey Novak, and let him know who was the boss around these parts. Joey got the message. We think, anyway.

Sonny, though, is far from the only Port Charles resident with drama over at General Hospital. Celeb Dirty Laundry confirms that Brook Lynn was a little jumpy this week, too. And for good reason: more people are finding out the truth about Maxie’s baby, and that’s blowing Brook Lynn’s cover. Try as she may to stop the leaks, they just seem to keep coming.

“Brook Lynn will manage to stir up questions and leave Chase baffled,” reports the outlet. “When Chase realizes there’s still some Austin drama going on, he’ll grow curious and want to help. Of course, Brook Lynn may argue that everything’s under control, but Chase will definitely be keeping an eye on this situation.”

It sounds like the drama is just getting started over at General Hospital.