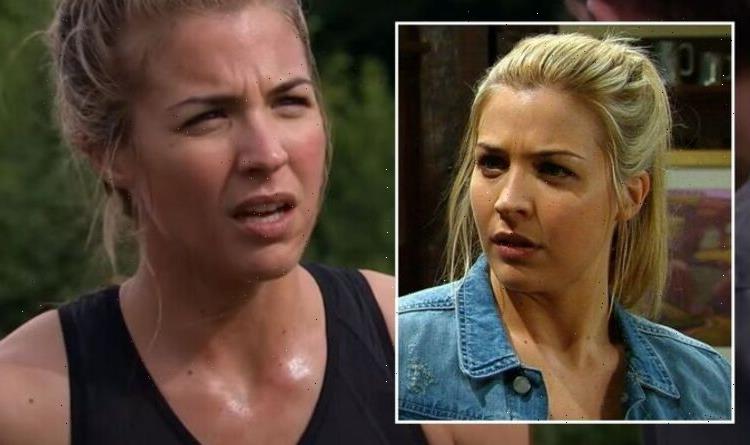 Gemma Atkinson is annoyed their kid sleeps when Gorka's home

This week, Gemma Atkinson will be returning to soapland in Channel 4’s Hollyoaks as Lisa Hunter. Viewers can expect to see the former glamour model and mother of one reprise her role as Lisa, who was last seen in the village in 2005 after a series of hard-hitting storylines. In light of the news, the 37-year-old actor has opened up about her latest role and revealed why she wouldn’t have accepted an offer for Emmerdale, where she played Carly Hope, due to the soap’s “gruelling” work schedule.

Gemma, who portrayed Carly between 2015 and 2017, confirmed that there had been discussions about her returning to the serial drama.

She began: “Emmerdale has mentioned me going back, but with soaps, the thing that people don’t realise is that the cast and crew do quite gruelling hours.

“What I love now about my job with the radio is I know every single day when I’m going to get home.

“I can plan my family life and fit being a mum around that job,” Gemma told OK! Magazine.

Moreover, the former Strictly star admitted a return to the Dales may not be completely off the table, saying: “Maybe when Mia is a bit older and in school I might consider it, but at the minute it’s not practical.

“Especially with Gorka [Marquez] doing a lot of touring and stuff.”

The return comes as part of a new story for Zara Morgan (Kelly Condron) in which she goes head-to-head with Tony Hutchinson (Nick Pickard) for a position on the local council.

However, it’s not going to run smoothly when Lisa’s arrival threatens to derail Zara’s plans for public office with revelations about her time in Thailand.

She also ends up taking Zara to a protest which lands her on the wrong side of the law.

The Hits UK radio broadcaster shared snaps on social media of herself with Zara and Luke Morgan (Gary Lucy) during filming for her upcoming guest appearance, sending her 1.7m followers into meltdown.

She wrote on Instagram: “Short but sweet visit back to playing Lisa Hunter in @hollyoaksofficial.

“What a trip down memory lane. So different, yet so familiar.

“22 years ago my career started at this place, on this set, in the ‘Hunters’ house.”

“Forever grateful for the wonderful memories, and for the fact there was no social media in those days – we’d all be screwed! #goodtimes #memories #friendsforever.” (sic)

Fans were beside themselves as Gemma sparked nostalgia with her cheeky update on Instagram.

@fitmumsberkshire gushed: “Well this takes me back to my youth!”

@tonichristinarose cheered: “Buzzing! Feel like my preteen/teenage years are back for a limited time on Hollyoaks, you were my dads favourite.”

But @nicbell55 was disappointed by her fleeting visit, saying: “Oh I’m disappointed I thought you were back as perm cast member.”

While @danellingham concurred: “I think its great you have made a return to the show as i loved your character it made my day.

“Shame was for a short time.

“But lovely to see your character back just the same, i hope you had fun. I hope you are all keeping well,” they said.