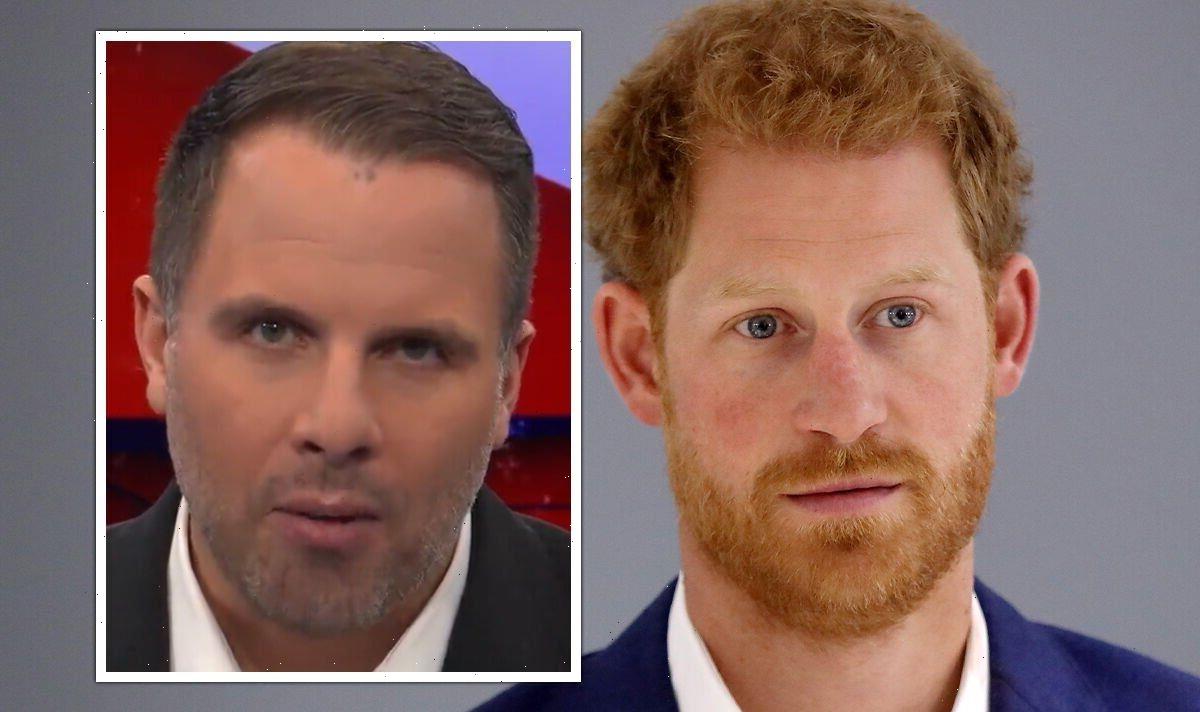 Prince Harry has turned into an 'unpleasant person' says Levin

Dan Wootton and his guest Angela Levin ripped into Prince Harry and Meghan Markle during the latest instalment of his GB News programme. Dan claimed the couple “clearly hate” the monarchy and Angela alleged Meghan “has brought out the worst in” Harry. Their claims, which come days before the Duke and Duchess of Sussex’s Netflix series lands on the streaming giant, did not sit well with viewers who lashed out at the broadcaster and author’s remarks on social media.

Dan claimed on Monday’s show Harry and Meghan’s series will “rock the Royal Family within days” as he asked Angela if King Charles III should strip them of their royal titles.

Angela, who wrote the book Diana’s Babies, replied: “It’s very complicated. They can get rid of the Duke and Duchess of Sussex but it’s very hard, if not impossible to get rid of Prince Harry.

“He was born a prince and you can’t actually take that away.”

She claimed his father, the King, “must be absolutely destroyed” by the upcoming docu-series which gets released on Thursday.

Angela added: “He was always the one to sort out any rows and calm things over and now he’s turned into such an unpleasant, nasty, person and I think it’s very sad.”

She claimed Harry used to be “very good with people” just like his mother, Princess Diana, and “he didn’t really moan”.

Angela alleged: “All the worst in him has been brought out by his wife Meghan, in my view.”

Dan claimed the Sussexes “clearly hate” the royal institution and wondered why they’d want to “cling onto something so awful”.

Meanwhile, historian Tessa Dunlop reminded Dan and Angela the Sussexes are not impartial and “not without their agenda”.

She added: “We have to follow our swords, you included Dan Wootton and Angela Levin, and not insist on change within the institution.”

The debate sparked uproar on Twitter, with many viewers jumping to Harry and Meghan’s defence following the comments made against them.

@Geordiejjr penned: “And how would you know this? Have you ever spoken to her?”

Jack Caramac added: “You see, I don’t think you’re in much of a position to judge, Dan.”

John Ballad commented: “Your constant obsession with these two wealthy privileged people is unnatural and concerning.

“Your whole existence seems to be based on other people’s lives instead of your own, which begs the question, why? They certainly don’t care or consider what you think of them.”

Maya Dino penned: “Angela and this guy need to brace themselves for a lawsuit. Enough is enough!”

The Sussex’s six-part Netflix series explores the “clandestine days of their early courtship and the challenges which led to them feeling forced to step back from their full-time roles in the institution”.

The programme will include interviews with friends and family members of the couple, most of whom have never spoken publicly before about them.