Game of Thrones fans have poured over every minute of the HBO series to garner some hidden meanings to the show.

This includes looking at the sigils, costume details and any symbols that may have cropped up over the stunning eight series.

However, there are some images that have permeated throughout that no one is 100 per cent positive over the true meaning… until now.

We’re taking a look at some of the show’s most iconic symbols to see what exactly they signify and how they have actually hinted at Sansa Stark’s (played by Sophie Turner) ascension to the legendary Night Queen.

Game of Thrones is actually plagued by the spiral symbol throughout. It is first seen in season three, episode three, “Lord Snow”.

There, a pattern of torn-up horses are left for humans to find. Of course, they are mysteriously laid out in a spiral shape.

But what does it mean? Or is it just the Night King (Vladimir Furdik) being a bit freaky?

As with any great show, it of course has a strong meaning and it dates back to religion, spirituality and faith.

It is wildly believed the spiral relates to the circle, which in turn, symbolises femininity, fertility and the womb.

Furthermore, it suggests a path to spirituality and something greater. It’s all very deep, but what does it mean for our favourite Game of Thrones characters?

The Night King is the one who created the symbol, but he appears to be a male character.

Thus, is he actually dropping a huge hint about which female will get the coveted Iron Throne and who he wants to take as his wife? 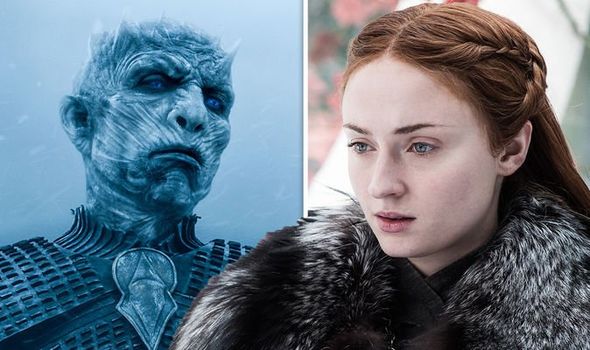 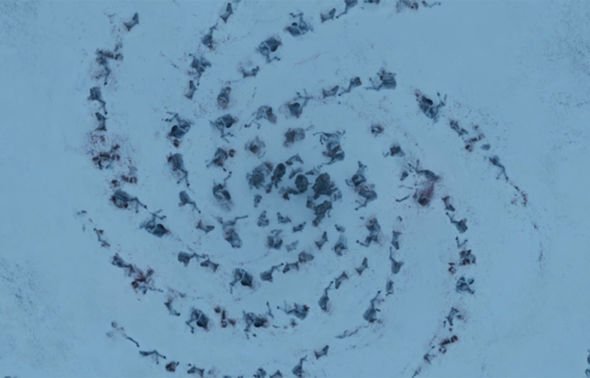 Game of Thrones fans next see the spiral symbol in season seven, episode four, “The Spoils of War”.

There, Jon Snow (Kit Harington) and Daenerys Targaryen (Emilia Clarke) take a wander around the Dragonstone Caves which appear to reveal the entire history of Westeros.

The Night King, his White Walkers, and their army of Wights can be seen etched onto the slate-like substance.

They appear to be heading towards a spiral at the top of the cave – coincidence?

Of course not! Game of Thrones is literally showing us what exactly the Night King wants.

The sun/spiral shape appears to be their desire and what’s more, a route can be seen heading to it.

He was initially created to protect the Children of the Forest from the Andals. They worshipped nature and had magical powers but most importantly, managed to plunge Dragonglass in the heart of a man to turn him into the immortal ice man we know today.

The Children of the Forest also were responsible for the cave drawings seen above and it seems they too were in on the prophecy.

What’s more, the Night King’s use of symbols seems to show he is actually quite spiritual. But who is he worshipping? It’s fairly obvious by now it’s a woman. 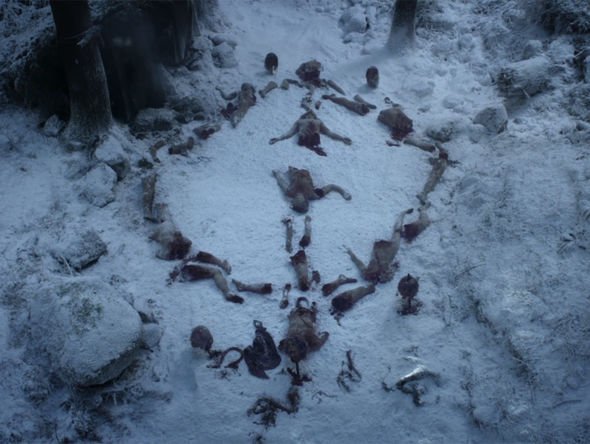 But who is that female? There’s only really one option who fits the symbolism bill.

Sansa Stark is thus the prophesied Queen of the Seven Kingdoms fans have been expecting – or maybe not expecting.

Back in season one, episode one, “Winter Is Coming ”, the Night King and his White Walkers are first introduced to the series and they tear up some Wildlings and place them in a peculiar shape.

A circle made from limbs is laid out with a line running through them. It’s a chilling scene and a tremendous way to open the HBO series.

What’s more, it actually revealed who the Night King is looking for, and the clues have been right in front of us from the beginning. 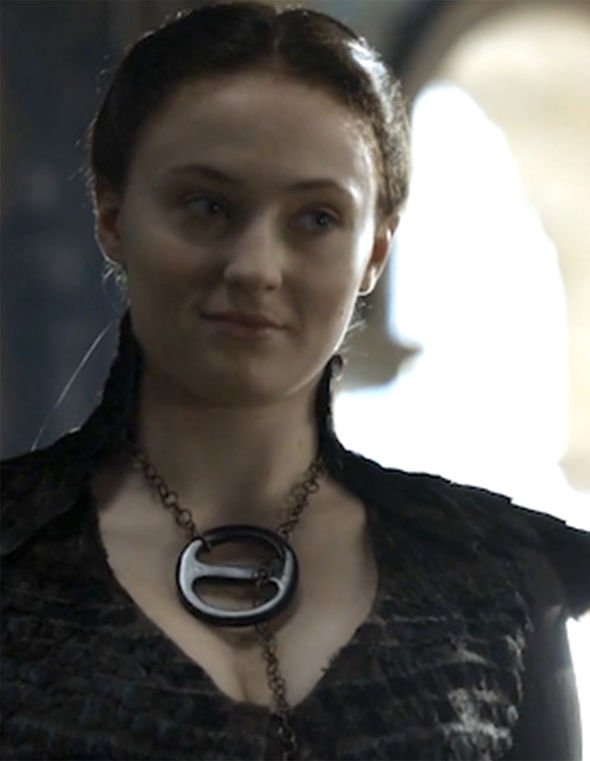 In season four of Game of Thrones, Sansa is almost always donning a necklace which contains a circle.

And at one point, that circle has a line though it, exactly the same as the symbol seen in season one.

Furthermore, a quick look at her character reveals she is destined for greatness. Although her story has been littered with tragedy, horror and sadness, little clues also show she is destined to be a queen.

From the very beginning of the show, she is desperate to be a queen and strikes up a relationship with Joffrey Baratheon (Jack Gleeson) in order to do so.

She recognises her abilities as a leader and immediately takes over from Jon once she returns to Winterfell as the Lady of the House. Sidenote: she also sits back while she manages the men into battle strategies. Sansa is a strategic leader, and one who deserves a cathartic and peaceful ending after her previous traumas.

Catelyn Stark (Michelle Fairley) even said the same in season one, telling Ned Stark (Sean Bean) how Sansa is destined to be a queen; a mother is never wrong.

But will the theory turn out to be correct? We all know winter is coming, but does it actually hint at the Night King getting a female partner in crime from the chilly Northern lands?

Game of Thrones season 8 premieres on April 14 on HBO and Sky Atlantic.