This article contains spoilers for Game of Thrones’ latest episode, “The Long Night,” as well as speculation for what happens in episode 4, so read on at your own risk!!

What is dead may never die, especially if it’s one of the few remaining fighting pets on Game of Thrones. While the dragon Rhaegal’s fate was a bit unclear during Season 8’s “The Long Night,” the preview trailer for episode 4 confirms to viewers that the winged beast named after Jon Snow’s father made it out alive.

Check out the promo for episode 4 below:

In the preview, you can see Daenerys interacting with her dragons, and a brief shot shows Sansa staring off at two dragons flying in the sky. Huzzah! It’s a good thing, too, because we’re still not over Viserion’s death and reanimation last season. 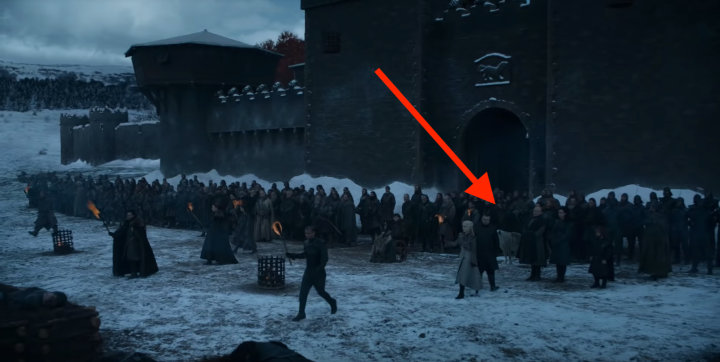 If you’re left wondering “what comes next?” on Game of Thrones now that the Night King is dead, have no fear, because this promo gives us a good hint at what’s ahead.

First off, we know the show finally returns to King’s Landing after two episodes in just Winterfell, and that Cersei will play a key role. Considering she had stated in Season 7 that her plan was for Jon and Daenerys’s army to either be weakened by the Night King or die trying to defeat him, we can put two and two together about why the Golden Company’s fleet is hitting the high seas. 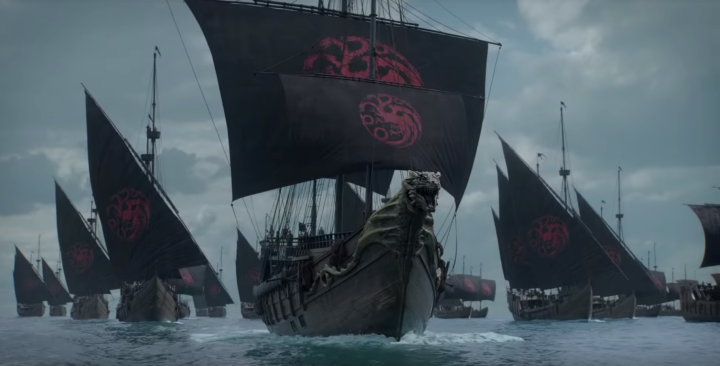 Cersei, Euron and the Mountain all seem to be on a ship in this quick moment, seemingly with the Red Keep behind them. But where are they headed?

We see Daenerys’s fleet also hitting the high seas, with a dragon overhead, which leads us to assume she’s probably heading to Dragonstone now that the fighting is done at Winterfell. If that’s the case, Dragonstone is only a quick jaunt from King’s Landing, so Cersei might be trying to take out the Dragon Queen while her army is still heading south from the North.

Daenerys says she’s going to rip “her” (presumably Cersei) out “root and stem,” a callback to an old Arya Stark line. So it’s clear the showdown for the “Last War” is getting ready to begin — if not kicking into high gear — in this next episode.

Meanwhile, several shots in the promo show the survivors of the Battle of Winterfell burning their dead outside the keep’s gates. We also see Daenerys leading the celebration of their victory against the Night King. But Sansa doesn’t look too happy in her several close-ups in the trailer, which leads us to wonder just how the whole “Jon also has a strong claim to the Iron Throne” drama is going to play out. Will he turn his claim over to Daenerys, or will there still be some debate about who should get the Iron Throne? Considering Sansa’s comments to Missandei and Tyrion in “The Long Night,” the Lady of Winterfell still isn’t too keen on the idea of Queen Daenerys Targaryen of the Seven Kingdoms.

Lastly, it’s worth shouting out that Arya and Gendry are totally sharing a big smooch in the promo, which is well deserved considering she just killed the goddamn Night King. Maybe Ned Stark will be right and his daughter and Robert Baratheon’s son will marry after all.

What do you think will happen in the final three episodes of Game of Thrones? Were there any moments in this trailer that we missed? Let us know in the comments below!

For more on “The Long Night,” here’s a breakdown of who lived and who died in the Battle of Winterfell, as well as why the Night King’s end was always going to play out with Arya killing him.

Terri Schwartz is Editor-in-Chief of Entertainment at IGN. Talk to her on Twitter at @Terri_Schwartz.