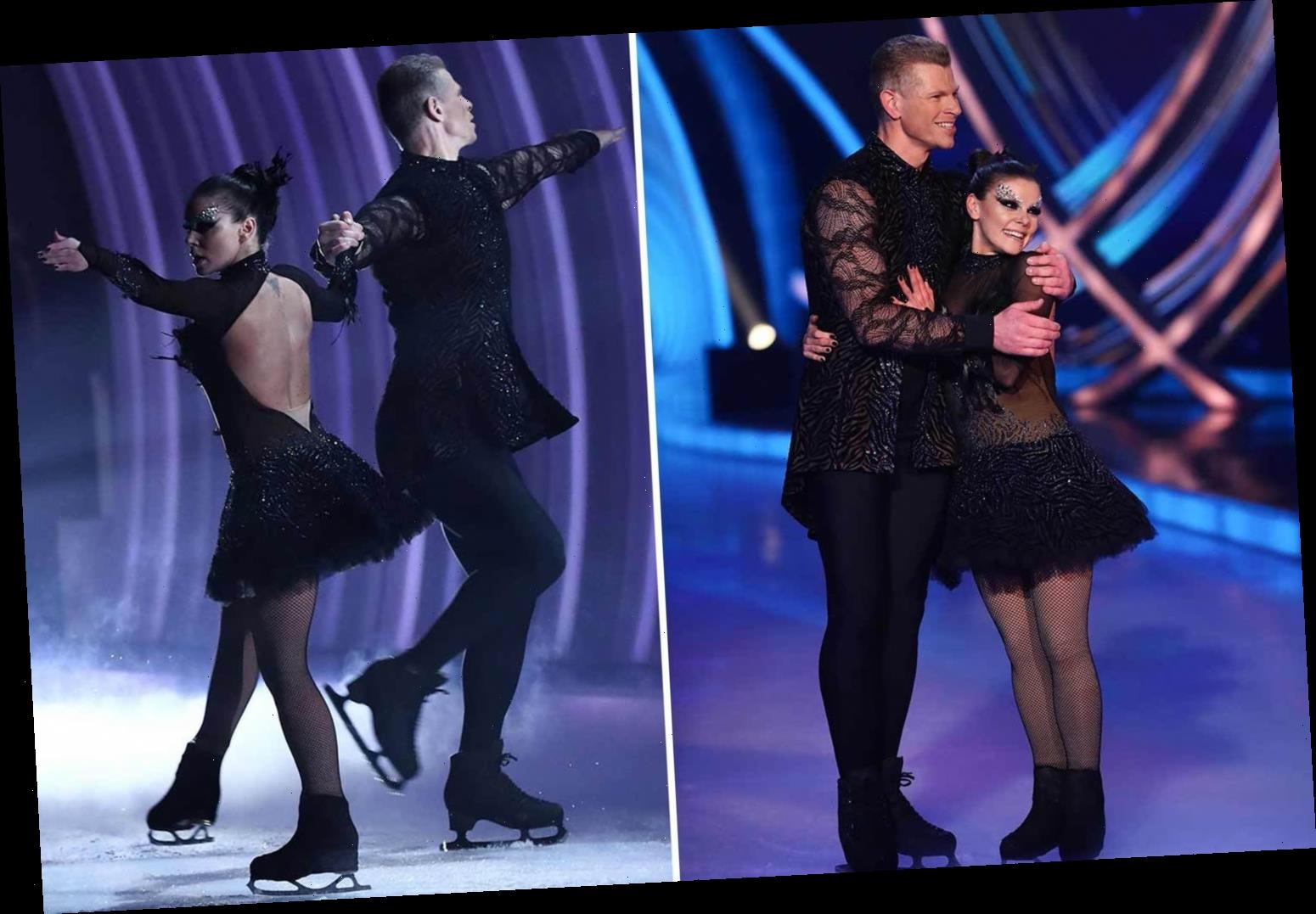 FURIOUS Dancing On Ice fans claim Faye Brookes was "undermarked" as they slam "unfair" judges amid the favouritism row.

The former Coronation Street actress, 33, looked disappointed as the judges explained why she didn't get higher marks. 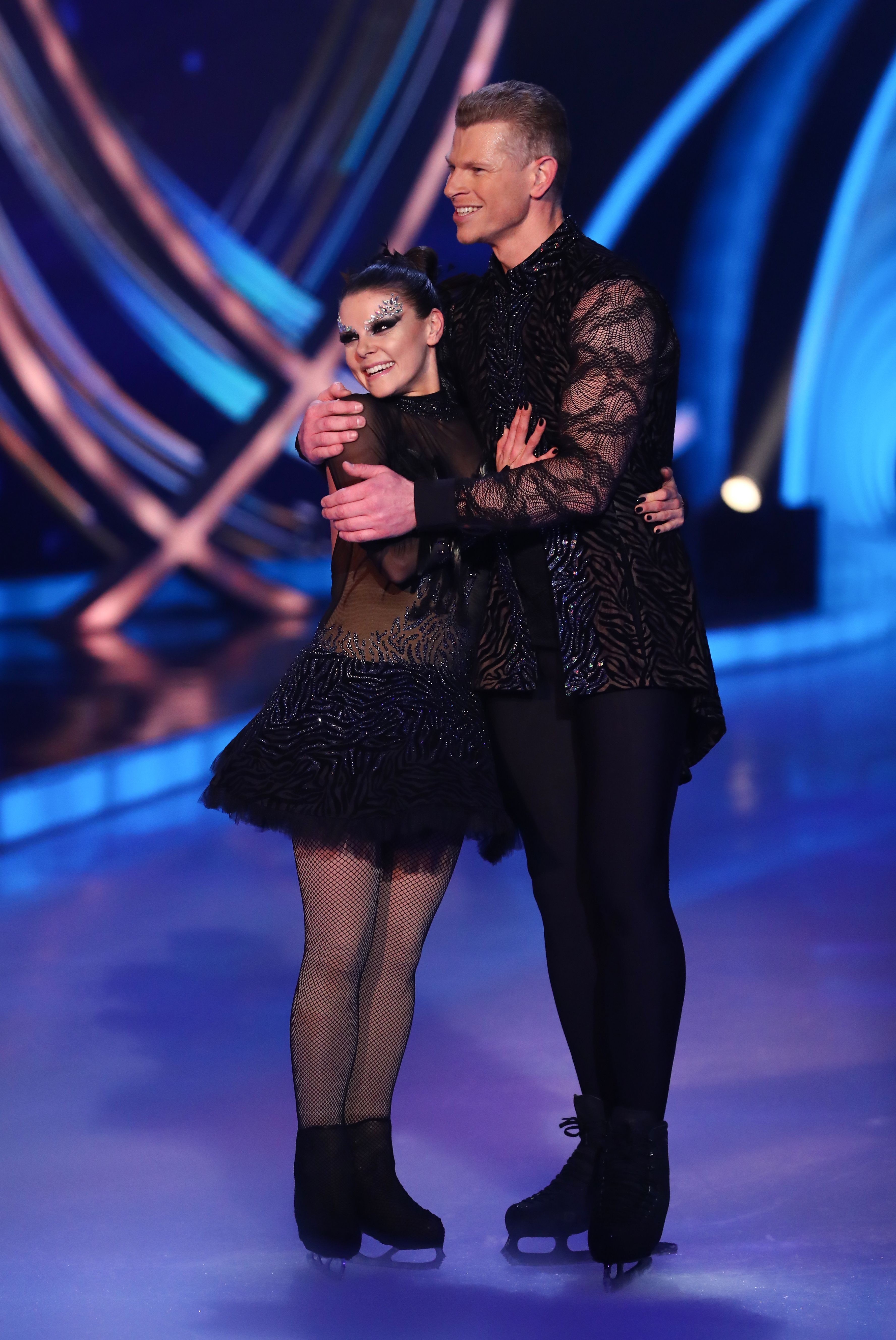 However, all the judges suggested Faye and Hamish need to deliver more in order to get more points.

John said: "It was beautiful Faye and Hamish. It was emotional and I really really did enjoy it.

"But you're a couple we have to be really critical with because you're at a level where we need to nit-pick. And if I have to nit-pick I would say you need to point your toes a little more, okay? 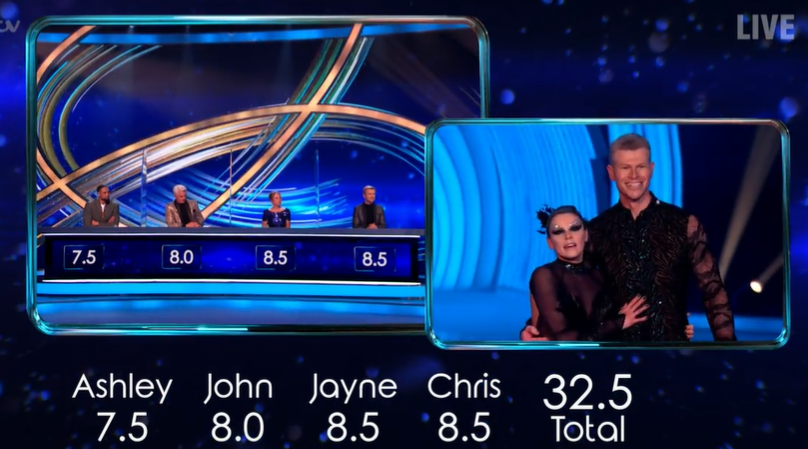 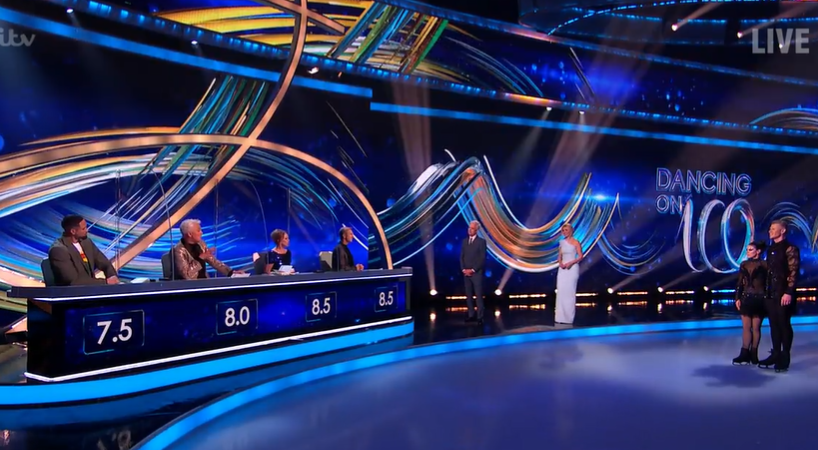 "And also do things that a re a bit more challenging. There was a moment where you were coming towards – Hamish I thought you were going to throw her.

"And I wish you would've. Not in a bad way – into like a lift that you would throw her out of it. It would've been spectacular. And that's what we need to see from you in the future."

Jayne added: "Well it was just stunning and so beautiful to watch. And the performance and what you put into that was very believable.

"I just loved it. I agree with John, moving forward I feel like you are capable of so much more. What you're doing, you're doing within yourself. And I think you need to take some risks. "

Ashley said: "It's purely because I just wanted more. If I was judging just what you did, it would be – your execution is beautiful. But it felt easy, somehow it felt empty, I wanted more from you."

"One of the best skaters we've seen, the lines, the structure of it, everything is beautiful.

"But there is still a but. I think you can challenge yourself more. It's within you, we've got to unlock that. I think it's choreographically. When you did the ballet lift, you just went up and down. That could've had more to it and an exit from it." 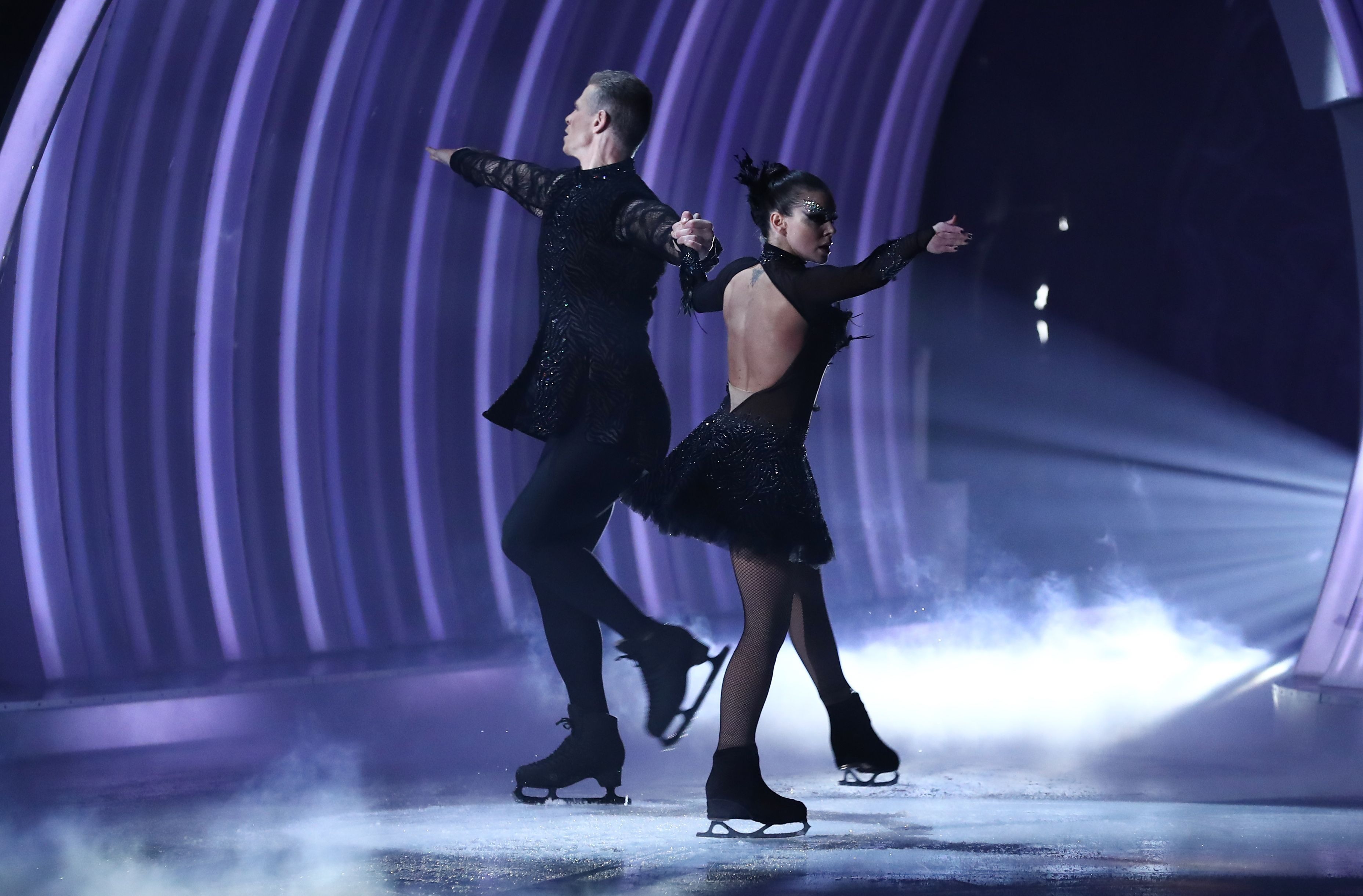 However, fans weren't happy with the scores – and said she was hugely undermarked: "#DancingOnIce Loved @Faye_Brookes and @HamishGaman
tonight! So beautiful, elegant and, I felt, full of content! I know the judges think she could do more but it was perfect for that genre of dance and I think they were especially harsh for just her 3rd skate!"

Another added: "Yet again Faye and @HamishGaman downmarked the routine was stunning."

A third remarked: "Faye and @HamishGaman swan Lake tonight was beautiful. Deserved a much higher score"

This comes after a favouritism row sparked on Dancing On Ice – with celebs claiming their rivals have been gifted easier routines. 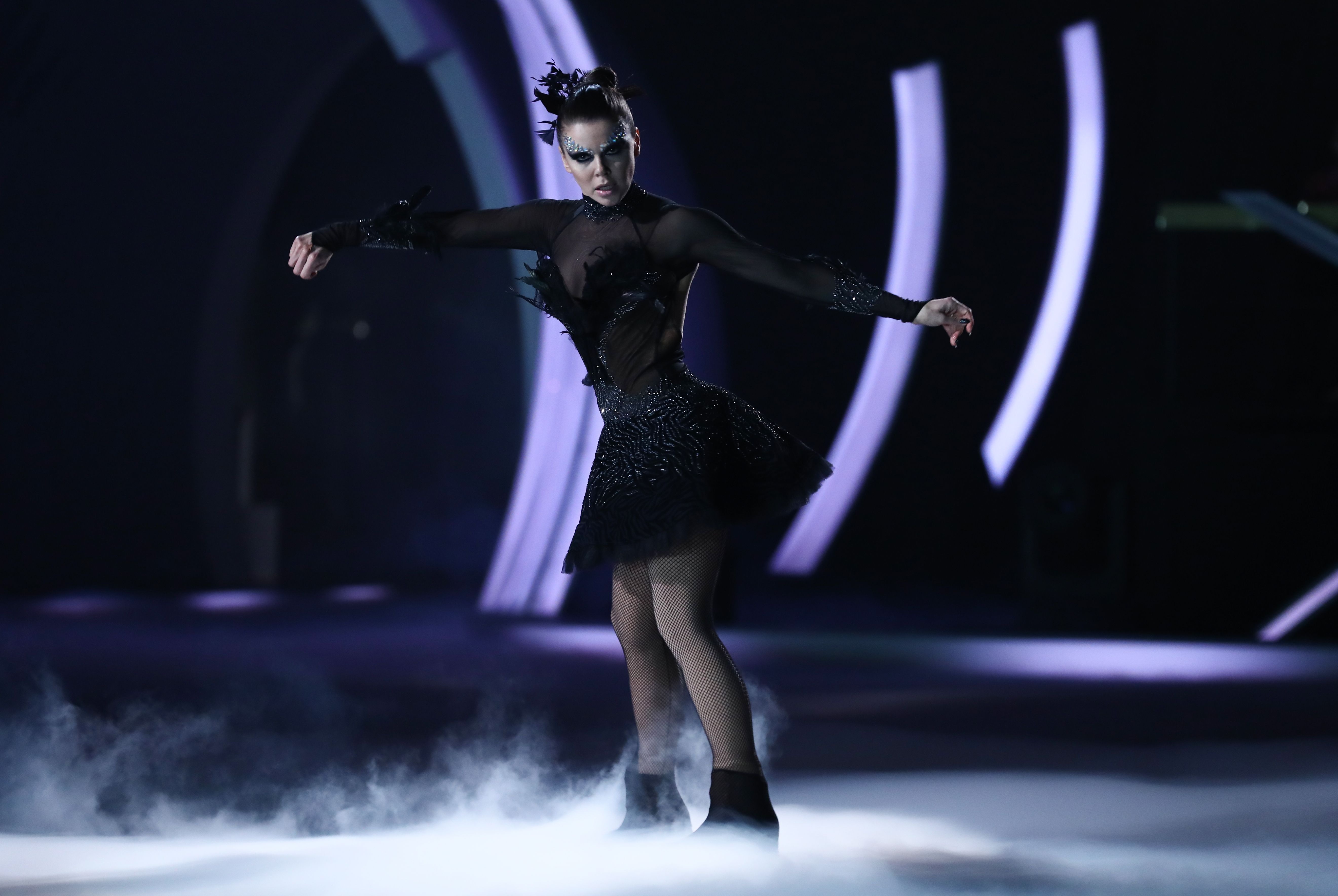 A handful of this year’s cast feel Colin Jackson, Faye Brookes and Jason Donovan have been given preferential treatment as they have prior experience in the specific style they skated to on Sunday night.

Former Coronation Street actress Faye, 33, and her partner Hamish Gaman danced to Swan Lake by Tchaikovsky, despite her having had formal ballet lessons since her childhood.

A show source said: “The trio seem to have a huge advantage going into this week.

“It’s not gone unnoticed by some of the celebrities and their partners and people have been discussing whether they’ve been given favourable treatment.

“Skating is a hard thing to learn, but nailing a performance is made much easier if you’ve had a load of prior training in advance.”