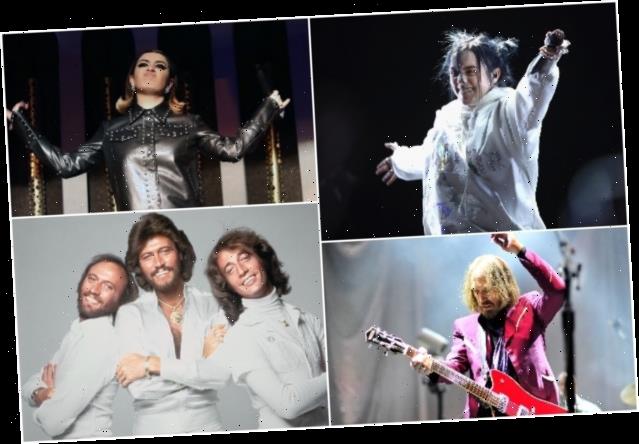 Can Oscars Avoid the Ratings Disaster Felt by the Golden Globes and Grammys?

From Billie Eilish to the Bee Gees: Why Music Documentaries Are Booming

Producer Mary Wharton didn’t know how she would continue working once the pandemic hit, but she got some help from Tom Petty. The rock star died in 2017, but he left behind a treasure trove of footage that would become Wharton’s upcoming music documentary “Tom Petty: Somewhere You Feel Free.”

The movie is making its premiere as one of three headlining films at the SXSW Film Festival, and, in fact, all three movies headlining the festival are music documentaries, including docs on Demi Lovato and Charli XCX. The films are part of a surge of documentaries centered on notable musicians regardless of genre or generation —  rock or pop, living or dead, archival-based or fly-on-the-wall style, and everything in between.

In 2020, TheWrap counted a rough shortlist of at least 20 music docs, including films about The Go-Gos, The Bee Gees, The Beastie Boys, Blind Melon, J Balvin, Taylor Swift, Shawn Mendes, Bruce Springsteen and others. In 2021, we’ve already seen films about Billie Eilish, Britney Spears, Tekashi 6ix9ine and Sparks, and you can expect more, including films on Tina Turner, Little Richard, The Velvet Underground, Jerry Lee Lewis and, of course, The Beatles.

“You’d have to be blind not to notice the trend of music documentaries. It’s just been skyrocketing,” Sally Rubin, associate professor of documentary film at Chapman University, told TheWrap. “They appeal across genre, across age, background, sectors. Whether it’s the Bee Gees, whatever it is, everyone likes music. It’s totally universal. And the films coming out now are across the board.”

Documentaries on the whole, not just music films, are exploding for a variety of reasons. Filmmakers like Wharton stuck indoors during the pandemic turned to movies that could be produced largely through archival material. And audiences looking for a distraction from the real world gravitated toward non-fiction stories like “The Last Dance” that mined nostalgia for Michael Jordan and the ’90s Chicago Bulls and provided a light-hearted escape. Music documentaries naturally scratched all those itches. Without live music to experience, nostalgic films about rock stars have provided a cheap alternative concert at home.

The market is responding in big ways. Amazon and Apple each spent $25 million on documentaries about Rihanna and the just-released “Billie Eilish: The World’s a Little Blurry.” Questlove’s film “Summer of Soul” sold for a record $15 million to Searchlight Pictures and Hulu — the most ever spent for a documentary at Sundance. 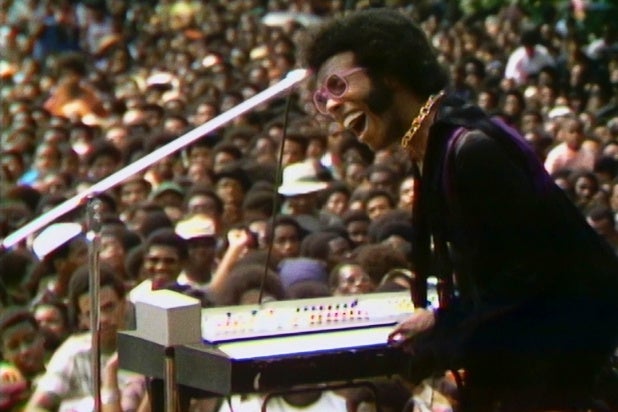 Music publishers and Hollywood alike are finally recognizing the value docs have in boosting interest for music catalogs or in driving new audiences to streamers. That coincides with a similar tidal wave for music catalogs sales from legacy rock stars for never-before-seen multiples.

“We have platforms that not only understand the value of our work based on real statistical evidence that they gather but are willing to pony up and are in a competitive environment,” “The World’s a Little Blurry” director R.J. Cutler said. “No longer is non-fiction kind of ghettoized as preachy matter for do-goodniks. It’s now recognized as a full-range entertainment form. There’s some of us, myself included, who have been making this argument for decades now.”

Justin Lacob, head of development for documentary studio XTR, says the marriage between film and music goes back decades. Movie studios in the early days of Hollywood that owned the rights to old songs put those tracks into “Looney Tunes” cartoons or “Snow White” in order to drum up new value for them. Then between the ’70s and ’90s, movie soundtracks for films like “Saturday Night Fever,” “Ghostbusters,” “Footloose,” “Titanic” and many more proved to be massive cash cows for both industries.

“You’re getting people in to watch the doc. You’re then increasing downloads or streaming revenue. They’re taking a cut, and you’re keeping those viewers in the ecosystem for longer. It all sends back to driving downloads, driving streaming revenue. That’s what this is all about,” Lacob said. “Those soundtracks printed money for the labels, and I feel like music docs are really today’s version of this. The halo effect for music docs on the artist’s catalog sales is enormous, and if you look at the effects of each of those docs that come out, you can see bumps in streams in iTunes or Spotify.”

The Bee Gees on Spotify saw a bump of 51% in streams in the days following the December release of Showtime’s documentary “How Can You Mend a Broken Heart” compared to the week prior. And pop star Shawn Mendes also saw a 79% increase in streams on Spotify after his documentary “In Wonder” debuted on Netflix in November.

The good news is that value is trickling down to the filmmakers themselves.

“What I found was a lot of the cable channels that were making more mainstream reality type content began to move into making prestige oriented documentary content,” Alex Winter, the director of “Zappa,” which is now available on digital and DVD, and “Bill & Ted” star told TheWrap. “Suddenly, there were a lot more buyers. Suddenly, there were people making cooking shows or travel shows that now wanted to make more sophisticated documentaries.”

Wharton also argues it’s easier now to license music and get a documentary made than 10 years ago.

“There’s an understanding that it’s worthwhile to work within the budgets of documentary films,” Wharton said. “A publisher may not get the same amount of money for a particular track licensing to a documentary as they would for other things that they’re willing to work with you. But it has to be in the right context. That’s the kind of balance of how do you present the music in a way that the music publishers want to work with you?”

While there’s a long history of great music documentaries dating back to films like “Don’t Look Back” or “Gimme Shelter,” Rubin feels this current documentary boom dates back to 2012 and 2013 when “Searching for Sugar Man” and “20 Feet From Stardom” won Oscars, proving that these movies could sell, be successful and win awards.

“There has always been a proliferation of music-oriented docs, and it’s one of the reasons I avoided doing it. There’s just so many of them, and they’re always same-samey, even when they’re done by great filmmakers,” Winter admitted. “Because docs are trendy, a lot of artists want a doc made about them. I think that’s probably the lion’s share of what is getting made. I think getting documentaries made that are not fan service is still pretty rare, and I think documentaries made about musical figures that are interesting beyond being promotional pieces is very, very rare.” 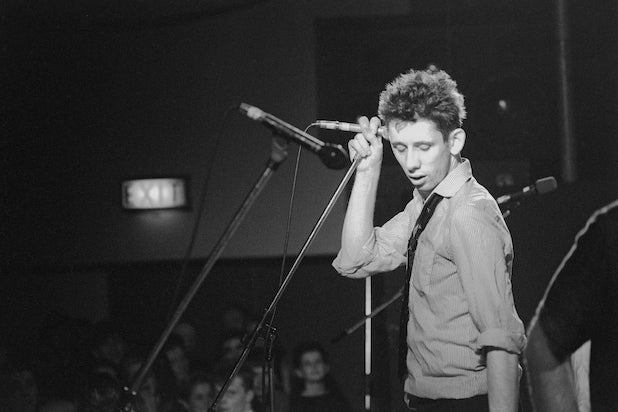 In addition to the promotional concert films masquerading as documentaries, there’s what Lacob calls the “boomer docs” compiled from archival footage of older rock stars. Julien Temple, who directed last year’s “Crock of Gold” about punk icon Shane MacGowan, said with so many music docs out there, he prefers ones that use music as a window into a person rather than just as a subject.

“That’s far more interesting than the technique of the guitar fret or songwriting lessons or which album, which studio did they record their fourth album in,” Temple said. “And there’s a term called ‘rockumentary’ which just sums up wrinkly old rock stars at mixing desks or slumped in leather armchairs going on about ‘the music, man,’ and it’s sort of boring.”

But there’s another type of documentary gaining in popularity of late: the unauthorized, critical documentary that includes films like “Leaving Neverland” about Michael Jackson and “Framing Britney Spears.” Both films have focused on music icons but dissected and reframed the discussion around them. And as more artists have sold their music catalogs, it’s only a matter of time before other documentaries emerge to capitalize on the value of those songs.

“In a way, the popularity of the genre does leave some cracks for more experimentation. To me, the whole point of doing it is doing something you haven’t done before,” Temple said. “To me, the best ones are like fiction films, and the best fiction films are like documentaries. I think we’re all on the spectrum and so are movies, really. What is a documentary? It’s someone’s version of telling a story.”

Cutler agrees this is an exciting time to be a documentarian.

“Everyone is kind of at the peak of their powers. The community is thriving as a result. You can have a career as a documentary filmmaker as a result. When I started out, there was no such thing,” Cutler said. “Now people are career filmmakers and so they can exercise their muscles, try different forms and push the form.