Friends recently celebrated it’s 25th anniversary with fans once again reigniting rumours the show could one day make a comeback. However new odds have revealed this could be the case. The Rachel Green star announced her arrival on Instagram yesterday by posting a picture with all six of her famous co-stars. Jennifer’s co-stars Lisa Kudrow (Phoebe Buffay), Courteney Cox (Monica Geller), Matt LeBlanc (Joey Tribbiani), David Schwimmer (Ross Geller) and Matthew Perry (Chandler Bing) joined her in front of the camera to share the snap with fans.

Since the post, the bookies have cut odds from 10/1 to just 5/1 on the gang getting together to film a one-off special or film in the next year.

Alex Apati of Ladbrokes said: “Fans are expecting a Friends special of some sort and we wouldn’t be surprised in the slightest to see exactly that in a day, a week, a month, or even a year from now.”

The news may come as a surprise after stars have repeatedly shut down any word of the show’s return.

The cast and creators have been questioned on it in the past and the responses have always been a mix. 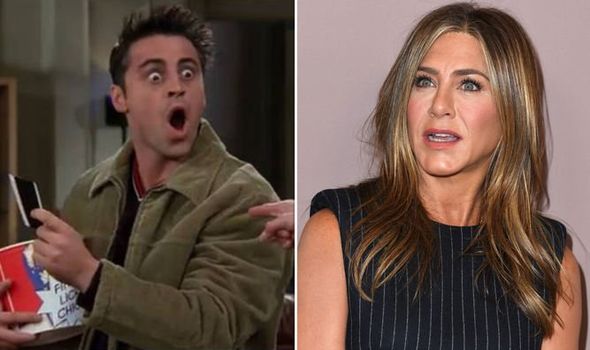 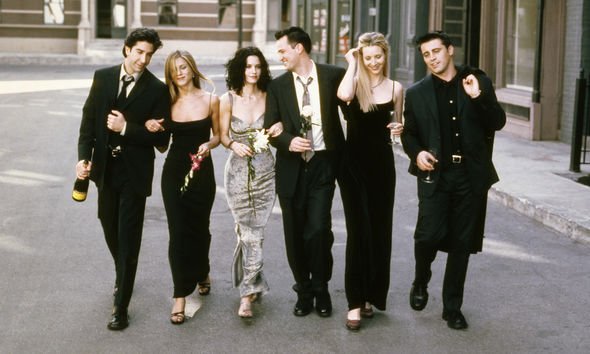 Rumours the show would return were have repeatedly been squashed by co-creator Marta Kauffman who told recently told fans she “doesn’t want to mess up a good thing” by giving the show another run.

Speaking on ‘The Lateish show with Mo Gilligan’, Ross star David Schwimmer agreed, confirming he is happy with the way the show ended.

David said: “Well, no. I mean…no, I think we all feel it kind of ended in the perfect way.”

However, speaking to Variety in a recent interview, the Rachel actress revealed the cast are on board. 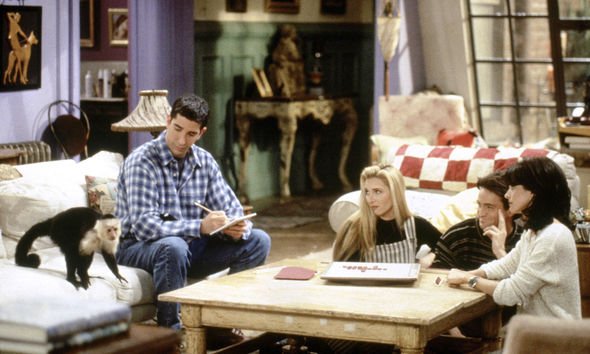 She told the publication: “Our producers wouldn’t want it, wouldn’t let us. Look, it’s not been without our desire to, because our fans have wanted it so much.

“It depends. I mean, we haven’t all sat in a room, but would we have loved to have done something together?

“Yeah. It would have been fun. We could have redesigned it for a couple episodes. But whatever. Maybe it’s better this way, but we’ll never know.”

Meanwhile, one of the show’s many guest stars has spoken out about their time on the show.

Jennifer Coolidge played Amanda Buffamonteezi on the show, who fans will remember as Phoebe’s bolshy rather annoying ex-roommate.

Now, speaking to Metro.co.uk, the American Pie star revealed she was intimidated by the cast when she first arrived despite knowing one of the stars before appearing on the show.

The actress revealed: “I have to say, I was kind of intimidated, even though I knew Lisa because she was in a comedy group.

“But I didn’t know the rest of them and I was very intimidated because they were all so attractive and had it going on.”

The star went on to reveal things weren’t quite as light-hearted backstage as it came across on TV.

Jennifer added: “Sometimes I think people want to hear my ad libs when I get on a show and they really don’t.

“Sometimes I come in and throw some lines and they come up and say, ‘You know Jennifer, we’re just going to stick to the script’.

“…That was a serious show. The vibe was pretty serious; I don’t think they wanted my input and I could really feel that…sticking to their own stuff. So I didn’t have the guts to push.”

Tickets for FriendsFestive can be purchased at www.FriendsFestive.co.uk. Tickets cost £34.50 including booking fee and a festive drink.

Dancing on Ice: Holly says it was ‘tough to watch’ Denise Holly Willoughby, 39, and Phillip Schofield, 58, were on...