At last, a woman joins the ranks of the most accomplished shed-builders in Britain, with an impressive backyard Caribbean retreat. She's up against some stiff competition, though, in the form of a Dad's Army-themed shed created by a 22-year-old World War II enthusiast, a condensed 1970s amusement park complete with a Ferris wheel, and a miniature disco. We also catch the previous title-holder in his upside down boat shed. It's all quaintly amusing. 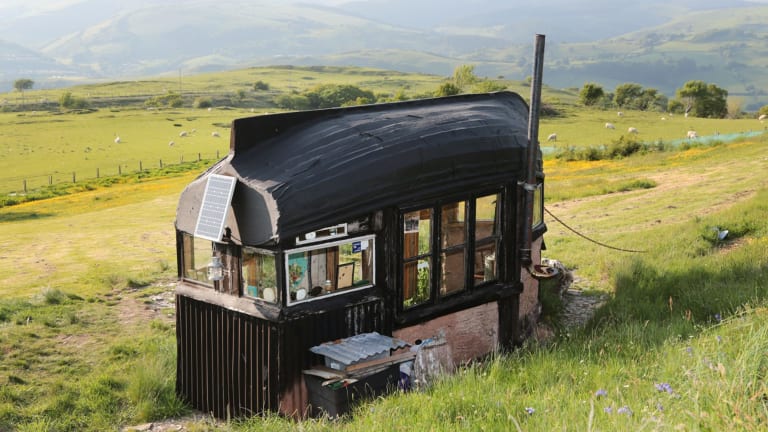 Wonderful structures feature in George Clarke’s Shed of the Year.

This Australian cinema classic may seem a bit rough around the edges now, its treatment of the Aboriginal experience perhaps lacking somewhat, but taken as a product of its time, its heart is in the right place and it is still, even decades on, a rollicking adventure yarn for kids. In her first film role, Nicole Kidman shines with the star quality with which she would go on to conquer Hollywood. As himself, Indigenous actor Manalpuy is entrancing.

For an Essex lad, Jamie Oliver sure knows a lot about Italian nosh. Made before he met the Nonnas of his current series, this handy Yuletide recipe guide includes some of his best hacks to help make the traditional feast a little less taxing, and a lot more tasty. Prepping up in a rather un-Italian-like log cabin, Oliver runs through how to stuff a pig, infuse Negroni with pink peppercorn, and whip up something exotic and sweet for afters.