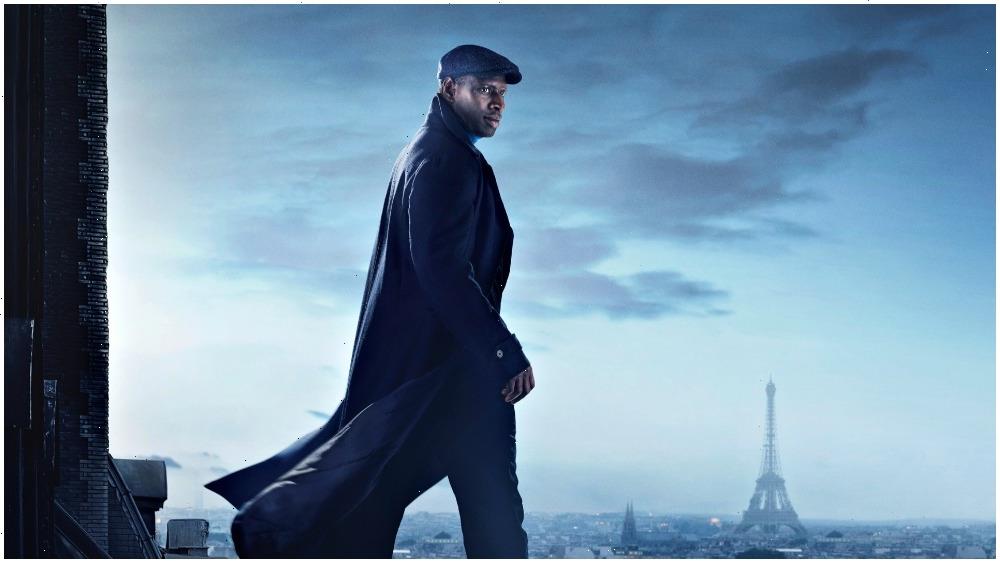 While France has a deep-entrenched cinema tradition, drama series have been gaining tremendous ground within the country’s cultural landscape within the past few years, with some of the country’s biggest producers, stars and filmmakers venturing into ambitious television projects. The 3-month-old merger of UniFrance and TV France Intl., the country’s film and audiovisual promotion organizations, into a single entity is probably the best illustration of this blended world.

The growing presence of global streaming services, especially Netflix, in the TV space has played a key role in bolstering a talent drain, catapulting French stars, such as Omar Sy with the Gaumont-produced show “Lupin,” to international recognition. Although Sy broke through a decade ago with the smash hit French comedy “Intouchables,” “Lupin” allowed him to reach many more viewers around the world. Another example is Tahar Rahim (“A Prophet,” “The Mauritanian”), who became known around the world after starring in Hulu’s miniseries “The Looming Tower.” Rahim has since toplined Damien Chazelle’s jazz-filled “The Eddy” and the serial killer thriller “The Serpent,” both for Netflix.

“The blending of movie and television is a trend that kicked off a long time ago in the U.S. with great success, and ultimately French producers and talents have taken note,” says Elsa Huisman. She’s one of France’s leading entertainment lawyers and founder of the Paris-based firm 111 Avocats, whose client roster includes authors, directors and producers such as Ladj Ly (“Les Miserables”), Jonathan Cohen (“Family Business”), Joël Dicker (“The Truth About the Harry Quebert Affair”) and Guillaume Musso (“La jeune fille et la nuit”).

“Artists have realized that it was possible to participate in audiovisual content of premium quality … and the arrival of platforms like Netflix and Amazon has added an ingredient of attractiveness because it’s giving them the perspective of a world-scale visibility; whereas the export potential of French films can stay relatively limited to the local market or French-speaking countries,” adds Huisman. She also represents famous French authors such as Dicker and Musso, whose bestseller “La jeune fille et la nuit” is being adapted into the series “The Reunion” by Make It Happen Studios and MGM Intl. Television Prods.

Michael Gentile, a well-established film producer (“Lolo”) whose three-year old television banner The Film TV (co-headed by Lauraine Heftler) has delivered several buzzed-about shows such as Julie Delpy’s “On The Verge” for Netflix and “Jeune et golri” for OCS, said the TV landscape is a “new El Dorado” where there are now greater opportunities, creatively and financially speaking, than in the film world which he says he’s experiencing a “post-pandemic depression.” “I don’t know how long it will last, but the series market has a healthier eco-system today, where we can be very creative, take risks and secure the financing,” said Gentile, adding that streamers have also allowed filmmakers and producers to take some of the ratings’ pressure off.

The launch of TV sections at top festivals such as Berlin and Toronto, as well as the creation of international festivals dedicated to series, such as Canneseries, have also contributed to making scripted TV more glamorous, notably in France. This year’s competition lineup for Canneseries, for instance, includes “Totems,” directed by Jerome Salle, the helmer of “Largo Winch,” and stars Niels Schneider (“A Prophet”), José Garcia (“Little White Lies 2,” “Call My Agent!”). The show is produced by Gaumont, the first major French film studio that started producing upscale drama series about 10 years ago, and has since then been followed by all other big groups in France.

Albin Lewi, Canneseries’ artistic director, says the Golden Age of series has even opened up a range of opportunities for rising filmmakers to work on exciting projects or daring topics with international stars and sometimes tackle new genres.

Lewi notes that many up-and-coming and more established French female directors have ventured into series, notably Julia Ducournau, the helmer of the Cannes’ Palme d’Or winning “Titane,” who directed episodes of M. Night Shyamalan’s “The Servant” after her feature debut “Raw.” Others female directors who have followed that path include Delpy (“On The Verge”), Laïla Marrakchi (“Marock,” “Rock the Casbah”), who directed episodes of Eric Rochant’s hit spy thriller series “The Bureau,” “The Eddy” and “The Opera” with Ariane Labed (“The Souvenir”), and will next direct her own show “Casa Girls”; Houda Benyamina, who won Cannes’ Golden Camera with her debut “Divines” and went on to direct episodes of “The Eddy” and is now making her sophomore movie, “Une pour toutes,” a female twist on the “Three Musketeers;” Laure de Clermont-Tonnerre (“The Mustang”) who directed episodes of “The Act” and “American Crime Story” and is now filming the English-language movie “Lady Chatterley’s Lover” with Jack O’Connell; and Deniz Gamze Ergüven (“Mustang,” “Kings”), who directed episodes of “The Handmaid’s Tale” and HBO show “Perry Mason.”

“On these shows, directors got to collaborate with other talent, creators and make it their own with their signature style,” says Lewi.

The artistic director says shows slated for this year’s selection, notably “Totems,” “Sisi” and “Around the World in 80 Days” have an “undeniable cinematic quality.” “When you program series to unspool on the silver screen of the Lumière Auditorium — where the Cannes Film Festival hosts the world premiere of films in competition — you have a bit of pressure, and these shows are definitely up to film standard,” says Lewi.

Even Pathé, which was initially reluctant, has just launched a TV division with some massive series projects in the pipeline, including series “Napoleon” that Jean-Francois Richet is developing. Pathé CEO Ardavan Safaee says the company was interested in pursuing fruitful collaborations with filmmakers who have a desire to work on series.

Hervé Michel, the long-time president of TVFI who now co-presides (with Serge Toubiana) the newly merged UniFrance/TV France entity, says joining forces with the film org made sense creatively and economically because of the rising role that series play on the international market and the level of talent they draw.

“UniFrance has an expertise in shining a light on artists overseas, not just for the industry but also for general audiences; and we’re looking to replicate these activities to promote series and talents,” says Michel, who is working hand-in-hand with UniFrance’s managing director Daniela Elstner to build synergies.

Elstner says: “The evolution of series has made it obvious that we’re now all part of the same eco-system.” The executive says the org will be boasting the global appeal of French series and talent by helping with the subtitling of content, as well as the promotion of actors and filmmakers at
key festivals and markets, including its Rendez-Vous With French Cinema in Paris slated for January. She cites “Intouchables” directors, Eric Toledano and Olivier Nakache, who recently delivered one of Arte’s biggest hit series “En Therapie,” the adaptation of the Israeli show “BeTipul,”
as examples.

At Mipcom, UniFrance will also have a booth for the first time ever. The banner will bring together more than 40 French companies, including some banners that have never participated in the international TV showcase. UniFrance will also participate in IDFA for the first time since documentary is another area where film and TV have merged, with lots of prestige documentaries getting financed by TV channels and world premiering at film festivals, Elstner notes. She cites Sébastien Lifshitz’s “Little Girl,” which was commissioned by Franco-German network Arte, world premiered at Berlin and was theatrically distributed in many territories, as an example.

Aside from its mission to promote series, Elstner says UniFrance will promote films and the moviegoing experience.

“French artists are going back and forth between films and series; and as Tahar Rahim recently said in an interview, these two media aren’t canibalizing each other but rather creating more opportunities and that’s why it’s such an exciting time to work with talent.”

Below are some key French-produced titles being pitched at Mipcom:

“Children of Chaos,” a one-off documentary about the story of orphan children became spoils of war in the U.S.  Produced by Elephant Adventures, Kwassa Films, Vertigo. Sales: Terranoa