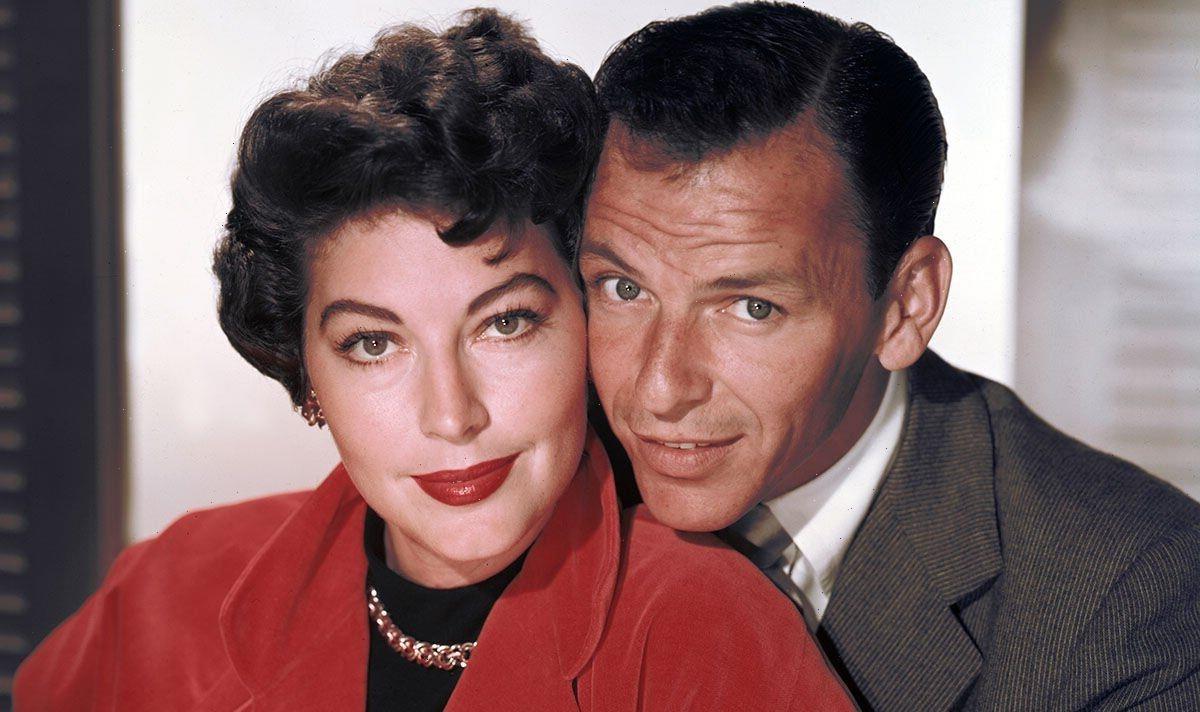 Sinatra and Gardner’s affair scandalised Hollywood while they were both still married to other people – she first to Mickey Rooney and then Artie Shaw. The drama continued after they tied the knot in 1951. Both had enormous tempers, and sex drives to match. Hollywood starlet Nancy Venturi once said of Ole Blue Eyes: “He had sex on the brain. He would make love to anyone who came along.” The opportunities were limitless. Sinatra was one of the first-ever music teen idols long before he also became a major Hollywood star.  Bandleader Tommy Dorsey remembered: “He was no matinée idol. He was a skinny kid with big ears. Yet what he did to women was something awful.” However, he met his match in the Hollywood bombshell, who would have been 100 today.

James Kaplan’s Sinatra biography Frank: The Voice describes an outrageous moment when Gardner was watching him perform: “She stood in the wings staring at him as he sang, head over heels all over again. He was just f***ing magic, she thought. The reporters gathered backstage kept tossing questions at her as she watched and listened, but Ava just gazed at Frank, smiling.

“Some guy from a Chicago paper, greasy hair and thick glasses, tried to cut through the clutter. ‘Hey Ava – come on!’ he called. ‘What do you see in this guy? He’s just a 119-pound has-been!’

“Not even blinking, she said, ‘Well, I’ll tell you -19 pounds is…’ The reporter stood frozen, his mouth open, his pencil poised over his notebook amid heavy masculine laughter. Ava smiled serenely…”

In another provocative quote, Gardner famously said of her husband: “He is only 110 pounds, but 10 pounds of it is c**k!”

The idol’s valet George Jacobs revealed in his book Mr S that his boss actually had special underwear made to contain and conceal his size in public.

Sinatra’s friend Gianni Russo said, a little more tactfully: “He was just a womaniser. How can I say this politely? He was well-endowed, so he didn’t leave these women wanting anything.”

It wasn’t just Sinatra’s physical attributes that impressed. Venturi recalled: “There was something unusually intensive about his lovemaking. At least it was with me.”

The star himself once confessed: “We’re animals, each and every one of us, that’s what we are, and we’re damn proud of it, too.  I’m just looking to make it with as many women as I can.”

Almost as soon as he married first wife Nancy (they named their daughter after her), Sinatra had already installed his first mistress, actress Alora Gooding, in an apartment. However, he certainly didn’t limit his conquests to her.  Band pianist Joe Bushkin said: “Whenever he could take a shot at a woman, he would.”

Of all his conquests, the one woman he could never tame and who drove him to heights of desire and despair, was his second wife.

Between constant rowing and sex, their relationship was notoriously as explosive by day as by night. Sinatra said: “If we didn’t kill each other during the day, we might have killed each other in bed.”

They met when she was still only 22. On their first late-night date, they went for a drive. Sinatra pulled out two guns and they shot at lamp posts and shop fronts. They were arrested, although the story was kept out of the press.

Actress Ruta Lee said: “Their relationship was deeply, deeply passionate. She was smitten with Frank the way any woman would be.”

Within a year, Gardner divorced had Rooney but then married actor and bandleader Shaw in 1945. It was short-lived and throughout the rest of the decade, her affair with Sinatra tumultuously gathered pace.

Gardner’s biographer Anthony Uzarowski said: “It was toxic and explosive. Frank’s Palm Springs mansions still bears the scars of those fights. A bottle of champagne was thrown at the sink and a dent is still visible today.”

When the affair went public, his fans were disillusioned to discover their idol was deeply flawed. His music career was already failing and he was dropped by his agent, publicist, and record label.

In October 1951, Nancy finally granted him a divorce and he immediately married Ava but nothing changed in their turbulent relationship. The marriage was in trouble within two years.

Russo said: “She drove him nuts, crazy. I spent many nights with him crying like a little kid because he loved her so much.”

For the first time in his life, Sinatra had lost all the power in a relationship. When Gardner flew to Africa to film Mogambo in 1953, he followed her as a big romantic gesture, but she was clearly unexcited to see him.

Yet, Sinatra pulled off an extraordinary comeback. With his film and music career seemingly over he landed a role in 1953’s From Here To Eternity with Burt Lancaster and Deborah Kerr. The rumours were that the studio hadn’t wanted him, but Sinatra’s Mafia connections smoothed the way. Others say Gardner pulled in some favours. Either way, it paid off and the star ended up winning a best Supporting Actor Oscar.

At the same time, his music career was revived when he rode the latest Swing craze, starting with his return hit I’ve Got The World On A String. Unfortunately, his professional success was not matched at home.

Uzarowski explained why: “Ava said the moment things started going well for him, he went back to his arrogant ways, which she detested… Their relationship suffered because they didn’t trust each other.”

This was made brutally clear when she travelled to London to have a secret abortion in 1952. When the Catholic Sinatra discovered this, it was devastating.

Uzarowski added: “He was overheard saying she should have killed him for what she’d done to him and the baby.”

At the same time, Sinatra’s return to blatant womanising enraged his wife. Gardner issued a press statement announcing their marriage was over in October 1953, although the divorce wouldn’t be finalised until 1957.

Russo said: “Ava Gardner destroyed him. He went to his agent’s apartment. He tried to kill himself.”

Sinatra was discovered just in time and rushed to hospital. He was back on TV days later on The Colgate Comedy Hour with Jimmy Durante. It’s possible to glimpse the bandages in his left wrist. Another time, he put his head in the stove and his agent found him sobbing on the floor.

It would be almost another decade before he finally settled down with third wife Barbara, who is credited with finally bringing stability to his life and severing his Mafia ties. They married in 1976 and were together until Sinatra’s death in 1998.