Brandi Glanville said that she dreamed about returning to The Real Housewives of Beverly Hills.

Brandi told her producer Ryan Tillotson about the dream Friday on her podcast Brandi Glanville Unfiltered.

“I had a very vivid dream last night,” said Brandi. “It wasn’t a bad dream. But I had a dream that I was shooting Housewives and I was talking to Kyle.”

“And Erika and Lisa Rinna started to walk over,” she continued. “And Lisa Rinna had her hair really short, and I was pissed for some reason and I’m like, ‘Oh, here come f*****g Cagney and Lacey,’ and I don’t know where that came from, but it’s a very vivid dream that I had last night.”

Ryan laughed and the two speculated about what the dream could have meant.

“I think it means something,” said Ryan. 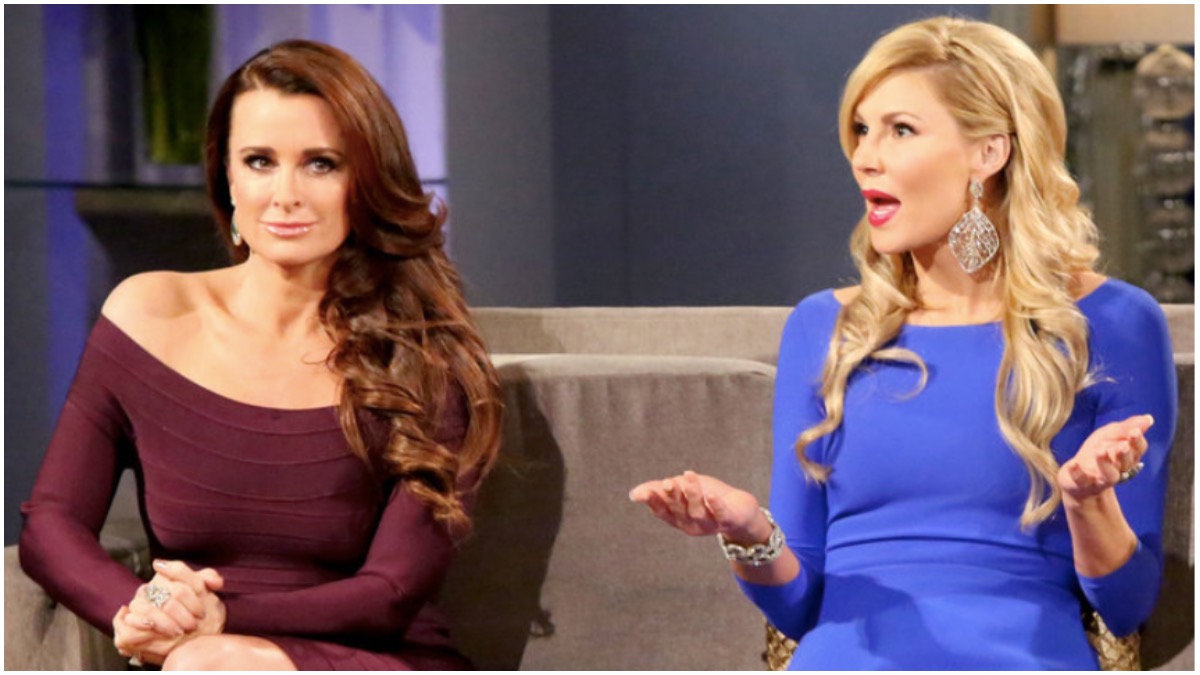 Brandi has a feud with a mystery woman

Brandi Glanville and Ryan Tillotson discussed various topics before she made a declaration to Ryan. The former reality star told Ryan that she had a new enemy.

“There’s a b***h on a show that I don’t like…….I want to say something to her but then she’s gonna say ‘oh she’s just saying it for attention,” Brandi said. “I think that she’s a c**t, and she’s never met me and she’s said some negative things about me, and I actually was a fan of hers.”

Ryan asked Brandi if they should have the mystery woman on the show.

Brandi went on to say that the mystery woman wasn’t exactly interesting.

She added that she wasn’t saying the women’s name or contacting her publicly because she doesn’t want to be accused of seeking attention.

“You don’t know me, so stop saying bad things about me that you don’t even know are true, ‘cuz they’re not true,” cried Brandi.

The Real Housewives of Beverly Hills is currently on hiatus at Bravo.