In the 1950s, international travel to distant places was mostly undertaken by ship. The great dream for many was to one day travel by plane. That is why cigarette-maker Peter Stuyvesant abandoned its print slogan of "The smell of the large far world" for commercials featuring an airport departure-board rotating through the names of the most glamorous cities in the world.

James Bond author Ian Fleming was a key player in this global romanticisation from the moment his first 007 novel, Casino Royale, appeared in 1953. Fleming had a journalist's gift for vivid word pictures and could effortlessly conjure up for readers such exotic places as Istanbul, French Guinea and Moscow. He was so good at it that The Sunday Times sent him around the world by plane in 1959, the 13 articles he wrote en route later forming his best-selling Thrilling Cities (1963). People read Fleming to escape their constrained existences for the imagined thrills of unknown lands (though Fleming also had a sombre side, revealing in harrowing prose the genocide of the local Taino in Ian Fleming Introduces Jamaica two year later). 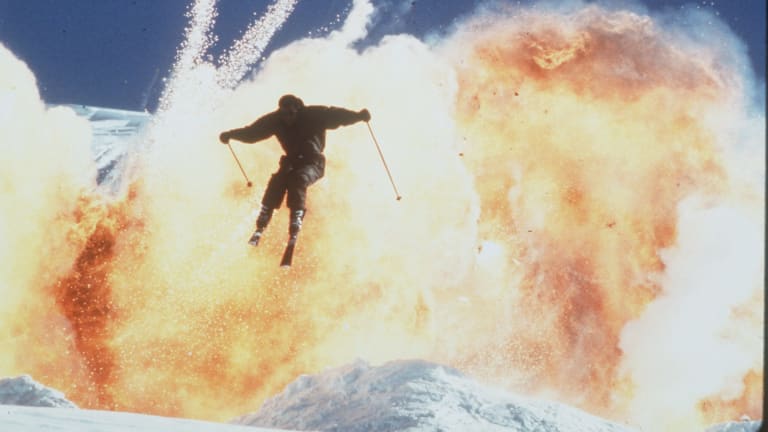 James Bond first appeared on the cinema screen in 1962's Dr. No, the film's producers having wisely hired a talented cameraman in Ted Moore to photograph Bond (Sean Connery) as he dashed from a London casino for the rich and famous to the sun-bleached beaches of Jamaica, where Honey Rider (Ursula Andress) so memorably emerges from an iridescently blue sea.

Dr No helped fuel the world's passion for travel, but it was From Russia with Love that would set the standard for all the films that followed. Bond is sent to Istanbul to seduce Tatiana Romanova (Daniela Bianchi), then has to outsmart a Soviet assassin on the Orient Express to Venice, before nearly being killed by a steel-tipped KGB shoe and then cuddling Tatiana in a gondola on the Venetian lagoon. 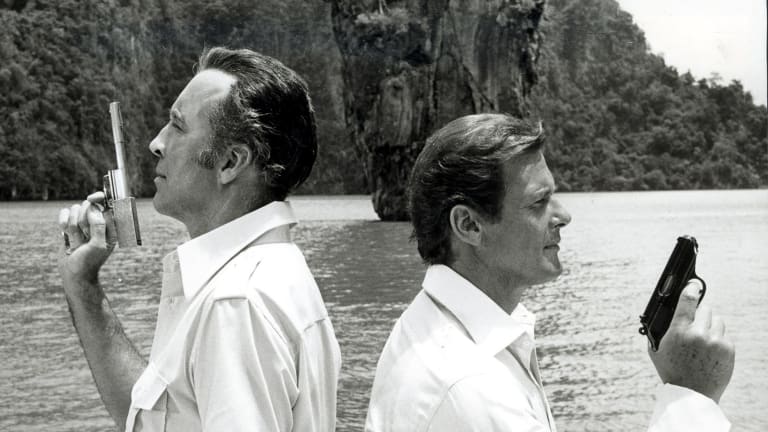 Bond's producers wisely spared no expense, giving Ted Moore (who would shoot seven 007s) all the lights and equipment he could ever dream of using to make certain every shot was pristine and perfect. Government agencies also helped by ensuring each location was scrubbed clean by the time the director said "Action" and Bond, once again, saved the world.

A year after From Russia with Love, American director Jules Dassin visited Istanbul to make his classic crime-caper, Topkapi, with its equally stunning images of the great city. The action scenes atop the Topkapi Palace still beggar belief today.

The glossy visuals pioneered by the Bond films had overnight become de rigueur for any action or spy thriller worth its name, and that is still the case today. Sumptuously filmed locations are as important as dramatic action. And even when the scripts are flawed and the direction listless, there are pleasures to be had watching Bond drive a Citroen Deux Chevaux through an Edenic Greek olive grove or ski down the pure-white slopes of Switzerland's Piz Gloria or plunge a Lotus into the crystal-clear waters of Costa Smeralda, Sardinia. 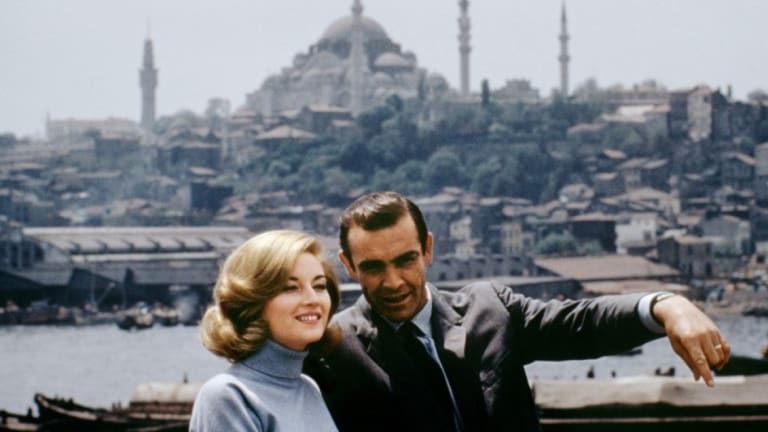 Sean Connery stars as James Bond and Daniela Bianchi as Tatiana Romanova in From Russia with Love.

Sometimes, though, Bond's producers took their eyes off the visual ball. After unexpectedly getting the oft-wayward series back on track with 2006's Casino Royale, ravishingly photographed in Venice and Karlovy Vary (masquerading as Montenegro), the producers bizarrely chose to film large parts of Quantum of Solace in Chile's desolate Atacama Desert. Atacama is not a name likely to flash up on airport departure-boards. The seductiveness of the travel dream was being undermined.

Bond films should always be a fantasy, with spectacular landscapes and exhilarating cities, and luxurious hotels and over-the-top mansions frequented by billionaires. We are able to share these experiences by buying a cinema ticket or turning on the TV. 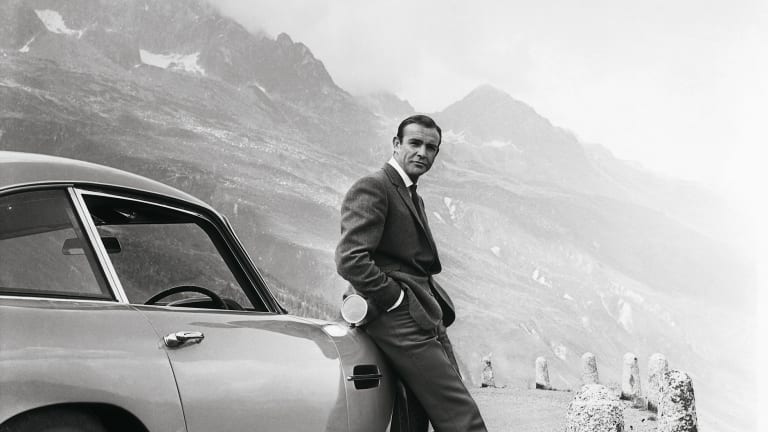 Sean Connery as James Bond, on location in Europe with his Aston Martin.

If the movies had been poorly shot on second-rate filmstock, the fantasy of escape would never have taken hold as much as it has across all the world's cultures.

That is why decades of watching Bond on VHS or brutally cropped prints on square-shaped televisions tarnished their magic. DVDs revived the pleasures of sublimation to a degree, but the only way to really watch Bond films is on a big cinema screen and on the highest-pixel TV you can find.

Bond films should always be a fantasy, with spectacular landscapes and exhilarating cities, and luxurious hotels and over-the-top mansions frequented by billionaires.

Fortunately, the pay-TV service Stan is about to screen Bond in sublime 4K transfers. You will once again be able to delight in every pristine grain of sand on Crab Key, the precious mosaics of the Hagia Sophia and snowflakes floating serenely down on Cortina d'Ampezzo.

Bond will once more enchant.

WHEN Stan, from December 26.