Fiona Bruce has settled into the Question Time hosting chair and as she looks back on the changes she and the production team have had to make this year to ensure a series went ahead, she spoke about the “toxic” atmosphere in the studio when they had a live audience and were discussing Brexit.

“There you are taking on the hottest topics the nation wants to hear about – Brussel sprouts,” Morning Live presenter Gethin Jones remarked.

“Look, where you can find a laugh you’ve got to go for it. It’s just so grim at the moment,” Fiona replied.

“How was it taking over last year and what a time to do it in what’s been world history [making] and Brexit and everything else that’s been going on?” Gethin continued.

“It certainly was the most nerve-wracking thing I’ve ever done – by a country mile,” she explained. 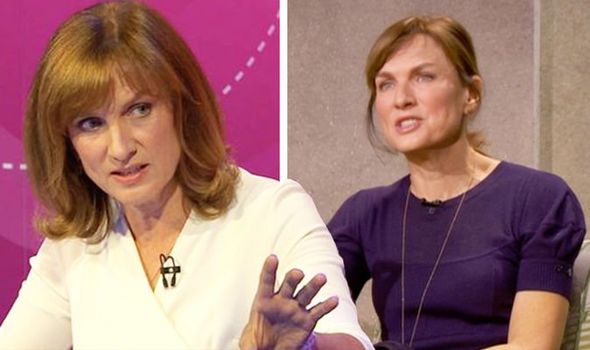 We will use your email address only for sending you newsletters. Please see our Privacy Notice for details of your data protection rights. BBC QT: Viewers ERUPT at ‘bias’ Beeb over only one Brexiteer panellist

“And suddenly to go into the whole Brexit loggerheads for a year, and then into an election and then we thought we were going to have a more normal year.

“And then we’ve had the pandemic which has changed the nature of Question Time because we can’t have an audience with us for obvious reasons.

“Yes, it’s been a bit of a rollercoaster,” she remarked.

Co-host Kym Marsh asked: “Has it affected the audience in terms of their attitude?” 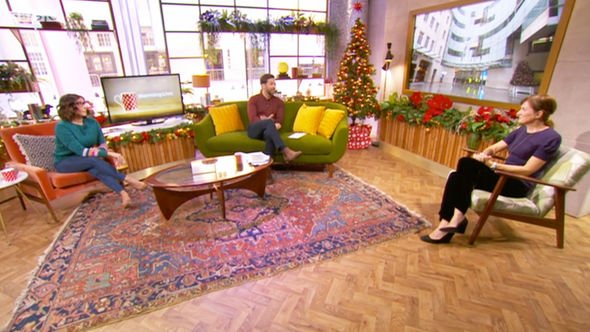 “The year of Brexit and as I like to call it when I was doing it [on Question Time], obviously David had Brexit for three years before that, it was just so, the argument could be at times toxic and people were really at loggerheads about it,” Fiona revealed.

“There was no meeting of the minds and at point as far as I could see that year.

“And then as soon as the decision was taken to have Boris Johnson as Prime Minister and he took us out of the European Union, it just vanished – the whole thing vanished – the toxicity just evaporated.

“It was the most extraordinary thing. It just went. 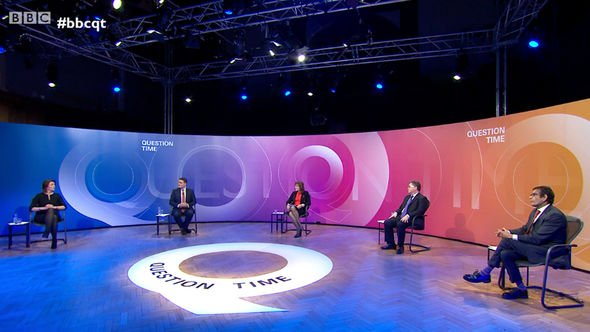 “It came out of nowhere and went back to nowhere,” she added.

Fiona moved onto this year’s biggest topic of debate as she remarked: “Then obviously with coronavirus, it’s been an incredibly difficult time for so many people.”

“Do you feel there’s been more togetherness than that heated, toxicity?” Gethin added.

“Definitely,” Fiona responded. “I think we all saw it at the beginning, there was a real feeling of pulling together and getting through it together. 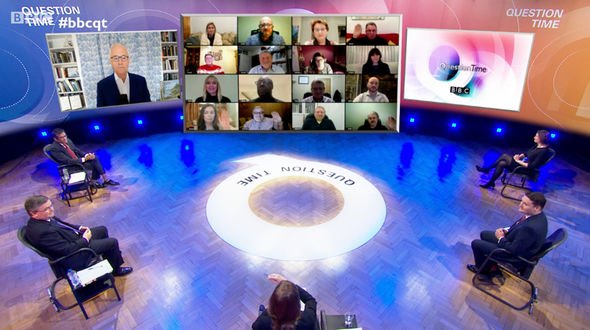 “And certainly on Question Time you saw that.”

Fiona was on Morning Live to explain the new audience format Question Time is having, where people across the country can apply to become a regular digital member.

“I’m really excited about it, it’s something Question Time has never done before – it’s not permanent, when we can have an audience back in the studio, we will,” she told Gethin and Kym.

Morning Live airs weekdays at 10am on BBC One.