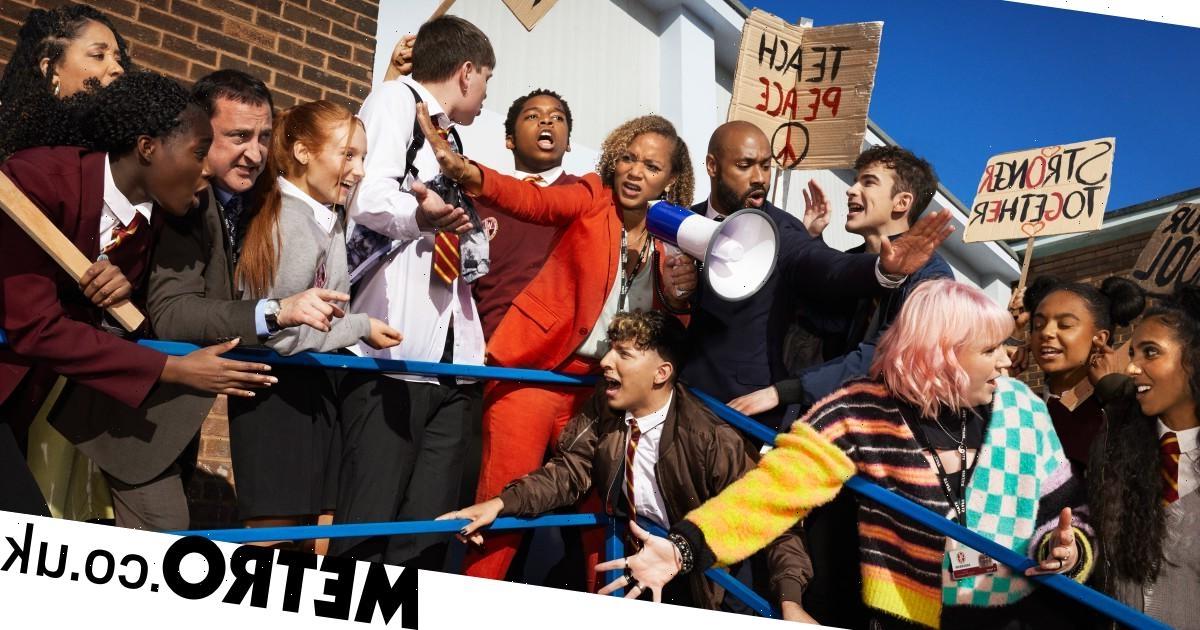 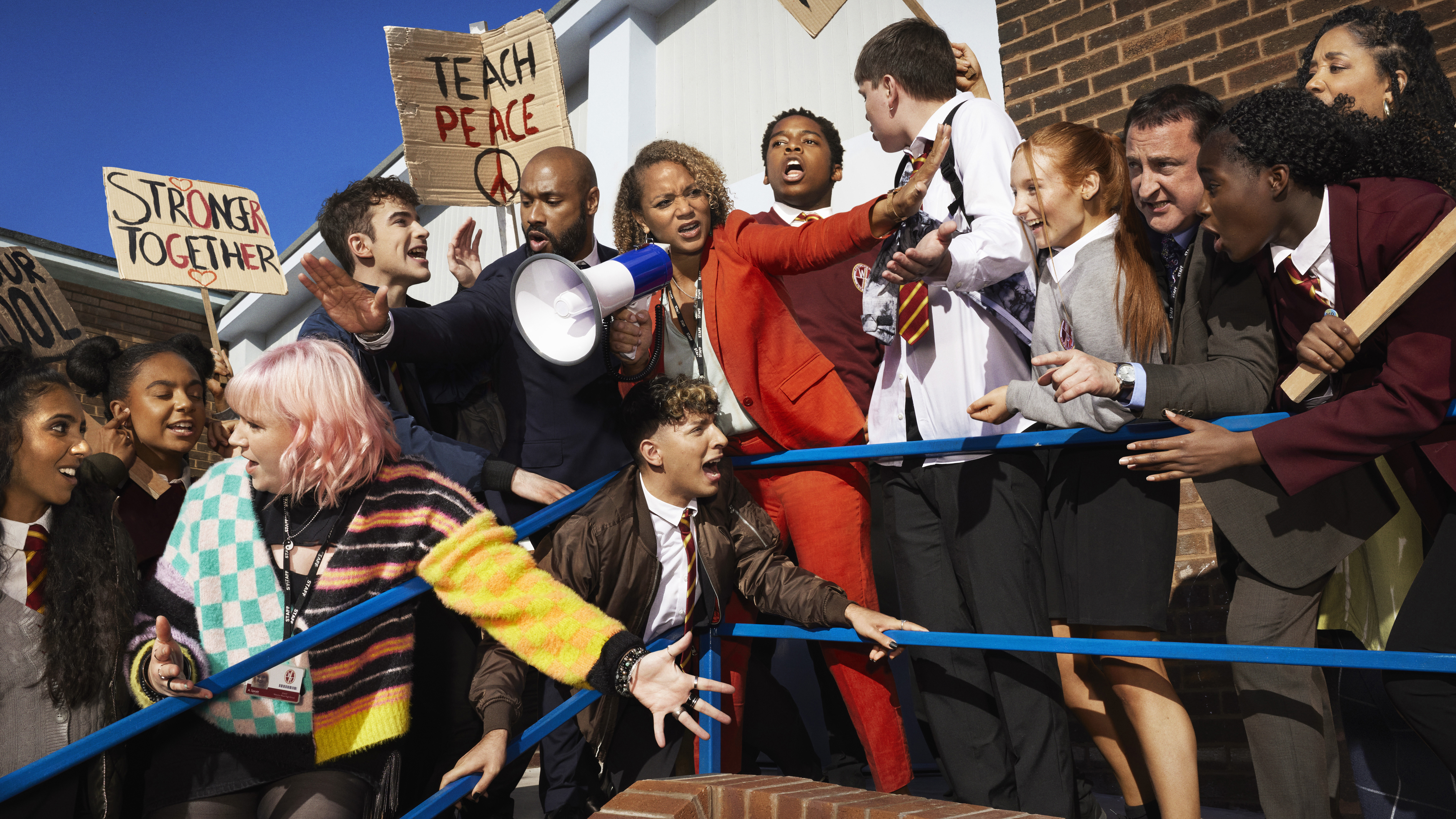 It is time to head back to the classroom with the new series of Waterloo Road – the beloved school-based BBC drama which returns to screens January 3rd.

The show – which originally ran from 2006 to 2015 – focuses on the lives of the staff and students of the titular school and became a hit again during the lockdown, with 45 million streams in 2021, becoming one of iPlayer’s most popular series.

‘For the BBC, it is a brand that has a lot of affection and a lot of love from an audience. So it felt ripe for reinvention’ said executive producer Cameron Roach.

With reinvention comes a fresh cast of new faces, both among the staff and the students, but the new series will also see the return of a few fan-favourite faces.

So, who is enrolling at Waterloo Road for its grand return in 2023? Here is a look at the brand-new cast…

Who is in the cast of Waterloo Road?

A few of the core characters from the show’s past will be back in the reboot, giving fans the chance to catch up with where they are now and what roles they have at the Greater Manchester school.

British actress Angela Griffin returns to her role as Kim Campbell in the new series after being a regular on the original show.

While she started out as an art teacher at Waterloo Road, the new series will pick back up with her as she takes on the challenge as the new headteacher at the school.

‘I have thoroughly enjoyed stepping back into school and taking Kim Campbell back on again, but, in all honesty, it feels like a brand-new job’ said aNgela about her return.

Speaking about his anticipation for the new series Thomas teased that fans should be very pleased with the new episodes.

‘This series – I’m not just saying this – is probably gonna be the best series yet’ he told the BBC.

‘You just never know how it’s gonna look or how it’s gonna feel and we got to watch it on the big screen with all the cast and all the crew and it was just incredible. I think all the fans are gonna love the show. If they loved the old show, they’re definitely going to love this one.’

Katie Griffiths returns alongside Adam Thomas as Chlo, with fans surely thriller that the couple has stayed together and seems stronger than ever with their young family, daughter Izzy and son Tommy.

Now that her own studies are over Chlo is looking to make an impact at the school as her daughter sets foot in to Waterloo Road.

Discussing her return, Katie said the series sees Chlo at something of a crossroads as she tries to figure out what she really wants to do with her career.

‘She’s been studying a lot and raising a family, so it feels like this is a time where she’s sort of really thinking about where she wants to put her skills to next, and I think she’s quite a compassionate person’ Katie.

‘So I think when she comes back to the school, there’s this sort of feeling of, well, maybe I can be part of this and maybe I can help others and help the kids in the school, which is exciting.’

Who is new to the cast?

The original series helped launch the careers of the likes of Bridgerton’s Rege-Jean Page, Phoebe Dynevor and Doctor Who’s Jenna Coleman, and the new series likewise has a roaster of fresh new faces looking to make an impression.

One of the more recognisable names among the new cast members is Strictly and Coronation Street star Kym Marsh, who joins the school as new dinner lady Nicky Walters.

Nicky has fallen on hard times after the impact of the pandemic forced her to close down her salon.

Keen to get back on her feet, she takes on a temporary job as a dinner lady at the school, but also has to contend with family pressures as she raises her two teenage children, Preston and Tonya (Noah Valentine and Summer Violet Bird).

Kym has described Nicky as feisty, saying ‘I love that you never know what to expect from her: one minute, she’s making somebody laugh; the next, she’s getting really angry or upset.’

She added: ‘Without giving too much away, I think there’s a lot that people will relate to.’

The ambitious Lindon King is one of Kim’s closest staff members, what with being one of the deputy headteachers at Waterloo Road.

Vincent Jerome – who previously starred in Amazon’s The Peripheral – has teased a tense relationship between Lindon and Kim.

‘At first Lindon doubts her ability, because ultimately he thinks he should have got the job, and again, because Kim comes from a pastoral background, he thinks she’s a little bit of a soft touch and when a school has a reputation like this one does, he feels it needs a bit more of a firmer hand’ he said.

‘But again, Lindon is professional so there is still a level of respect.’

The actor, who played Jake Doland in the ITV soap, has described working on the BBC show as a lovely experience: ‘I can’t really call It work to be honest, you know, we come in, do the filming, have a laugh and go home. It’s really good.’

Speaking about his character Joe, he has hinted at a rivalry between him and fellow deputy head Lindon.

‘I think the rivalry is more on Lindon’s side. I think because of their teaching styles they naturally rub up against each other’ he said.

‘Joe very much comes from a pastoral background. He’s very patient and understanding with the kids, whereas Lindon is more of a disciplinarian and a lot stricter.’

Joe is married to fellow new character Mike (played by Ryan Latherford) with the couple foster parents to brothers, Dwayne and Zayne (played by Thapelo Ray and Inathi Rozani).

Rachel Leskovac – who fans might recognise from the likes of Holby City, Coronation Street and Hollyoaks – joins the Waterloo Road cast as Coral, a trusted but not particularly well-liked member of the staff.

She’s a stern, by-the-book kind of educator, but Rachel says it all comes from a good place.

‘Coral Walker is a complex character who may come across quite stern but ultimately she’s very passionate about her job and wants the best for her students’ said the former Corrie-star.

‘She’s quite a private person and I don’t think she’s well-liked by her students, although they do always know where they are with someone like Miss Walker, which is a good thing.’

There are of course lots of students among the cast as well, with teen actors Adam Abbou, Priyasasha Kumari and Adam Ali all looking to make an impression in the new series.

The cast of the new Waterloo Road

Waterloo Road starts tonight on BBC One at 8pm. Episodes will also be available on BBC iPlayer.