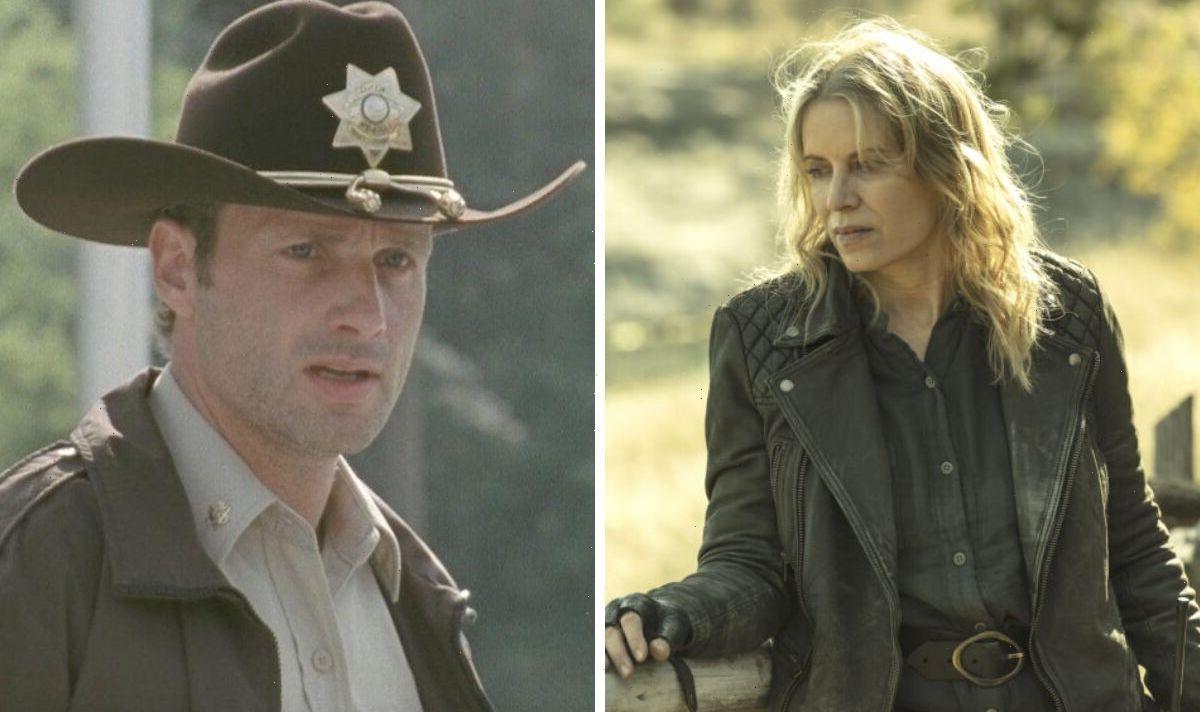 Walking Dead spin-off to be 'different from show' says Reedus

AMC viewers were left completely shocked after the latest episode of Fear the Walking Dead, as Madison Clark (played by Kim Dickens) came back from the dead. As well as sharing how she felt about her comeback, the actress, Kim revealed a huge link to Rick Grimes (Andrew Lincoln) as fans eagerly await his return to screens.

After landing on screens in 2015, the first three seasons transported fans to a time before the zombie apocalypse and focused on a family who was experiencing its early days.

Whereas, the subsequent instalments occurred at the same time as the original series but focused on Morgan Jones (Lennie James), which served as a crossover.

The most recent episode titled ‘An Earlier Heaven’ unveiled Madison’s shock return after she was presumed to be dead for four years.

The last time viewers saw Madison was in season four, many of whom said a tearful goodbye to the character after she had supposedly sacrificed herself.

During the episode, she led the zombies back into a baseball stadium before locking herself in so the others could escape.

While fans were relieved to see her return to screens, many remained hopeful to see the comeback of the beloved Rick Grimes.

While production has remained tight-lipped about any updates concerning his potential appearance, the actress shared a huge link between Madison and Rick.

Speaking to TV Insider, Dickens opened up about how her character had changed following her four-year hiatus.

Viewers recognised various details about Madison had changed, including new tattoos which the actress said she claimed was her idea after a number of visions.

However, one thing which remained the same was her leather jacket, which appeared to be surprisingly indestructible, considering her ordeal with the zombies.

Dickens stated it was important to keep her silhouette the same because: “She’s a resilient survivor.

“I didn’t want the silhouette to look completely different – it seemed important to keep this icon where she was, you know? She has to be timeless in that way.”

She then agreed Madison’s leather jacket was her staple item much like Negan Smith’s (Jeffery Dean Morgan) own jacket or Rick’s hat.

She said: “Exactly! You know, the characters themselves probably hold onto those things for their strength, in a way.”

In the Walking Dead, when Rick was making his way to Atlanta he was forced to leave it behind with a bag of weapons after almost being attacked by the zombie, but he returned days later for it.

His son Carl Grimes (Chandler Riggs) also wore the hat up until the teenager’s death, he handed it to his sister Judith Grimes (Cailey Fleming) before taking his last breath.

Rick had mysteriously been taken away by helicopter to an unknown location in season eight and was presumed dead by his loved ones.

With his daughter now the keeper of his infamous hat, perhaps fans will soon see Rick in his hat, the same way Madison rocked her jacket.