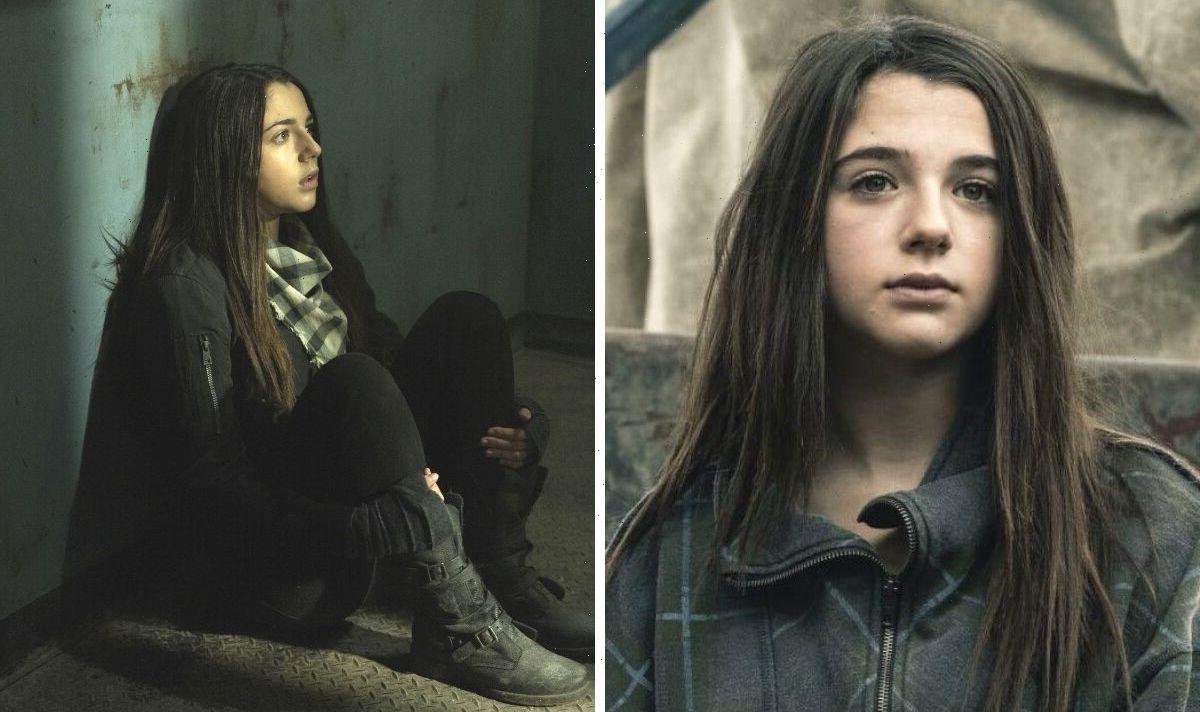 AMC’s hit horror series Fear of the Walking Dead recently returned to screens after a long hiatus and fans are worried the Walking Dead spin-off is preparing for Charlie’s (played by Alexa Nisenson) death. Thankfully, showrunner Ian Goldberg opened up about the character’s fate after a harrowing episode.

Fear the Walking Dead is the prequel spin-off of AMC’s hit post-apocalyptic horror series which transports viewers to the start of the zombie apocalypse.

However, only the first three seasons served as the prequel as it focused on one family as they navigated and tried to survive.

The rest of the instalments aired simultaneously with the event happening on the Walking Dead with Morgan Jones (Lennie James) crossing over from the original series as the lead.

After watching the most recent episode titled ‘Mourning Cloak’ fans were worried about Charlie after it looked as though she was going to meet her death.

During the episode, Charlie, who was a member of Morgan’s group, attempted to infiltrate the Tower which was under Victor Strand’s (Colman Domingo) leadership.

However, she was caught and captured by Ali (Ashton Arbab), a young tower in training.

As a result, Howard (Omid Abtahi) sent the two on a side mission, where they began to get to know each other and reflect on their lives.

They discussed their lack of experience in their adolescent years, which was due to living in a post-apocalyptic world.

As the teenagers got closer they began to fall for each other and later on they also shared a kiss.

But sadly, the episode ended in tragedy as Ali was killed after being thrown off a building, while Charlie had been poisoned after being exposed to radiation.

To make things worse it was also her birthday and it appeared as though she was dying a slow and painful death.

Fans took to social media to express their concern over Charlie’s health and feared she would also die.

Fear of the Walking Dead’s showrunner Ian Goldberg spoke to Entertainment Weekly about the episode and Charlie’s fate.

“And we mentioned earlier wanting there to feel like there’s a cost to this world and this punishing nuclear landscape, and Charlie is definitely suffering because of it.”

He added: “And also, it’s a symbol of the cost of the war with Strand [Colman Domingo].

“The divisions are a bit complicated in the sense that Charlie wanted so badly to have a normal life as a kid, and she really did want to have the normalcy that life in the tower would provide for her.

“This was driving her, and now she’s suffered consequences because of it.”

Goldberg concluded: “So it’s going to be a difficult road for Charlie now we know that radiation poisoning is very serious.”

Thankfully a new episode will land on screens on Friday and fans will so get to see whether on not Charlie will be able to will survive the radiation.