“Hobbs & Shaw” co-writer already has two projects in the works 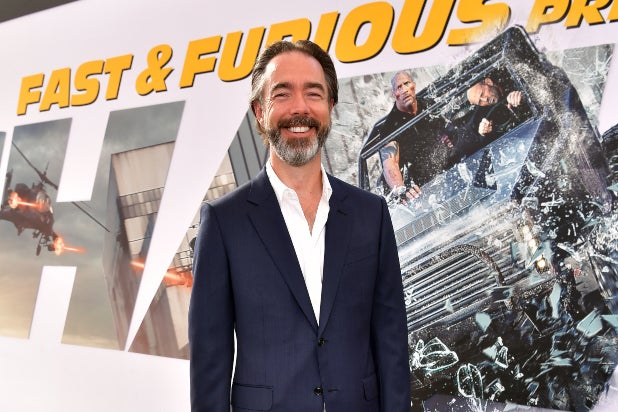 Chris Morgan, a co-writer and producer on the “Fast & Furious” spinoff, “Hobbs & Shaw,” has signed an exclusive overall deal with Sony Pictures TV.

The deal, of which the terms were not disclosed, will see Morgan’s company, Chris Morgan Productions, develop series for broadcast, cable and streaming platforms. CMP is already pitching two series to streaming and pay-cable networks: “Half-Life” and “The Ripleys.”

“Half-Life” is a sci-fi drama from Grant Wheeler and Ben Freiburger, while “The Ripleys” is a dark comedy from Duane Swierczynski.  CMP has also acquired the rights to novels “The Family Upstairs,” from Lisa Jewell, and “If I Die Tonight,” written by Alison Gaylin.

In addition to “Hobbs & Shaw,” Morgan has worked as both a writer and producer on many of the “Fast & Furious” films, including “The Fate of the Furious,” “Fast & Furious 6,” “Fast 5” (as a writer only) and “The Fast and The Furious: Tokyo Drift” (writer). Morgan also produced Netflix’s “Bird Box” with Sandra Bullock.

“Hobbs & Shaw” opened in August to $60 million in the U.S. and has grossed more than $750 million around the globe.

Deadline first reported the news of Morgan’s deal with Sony.