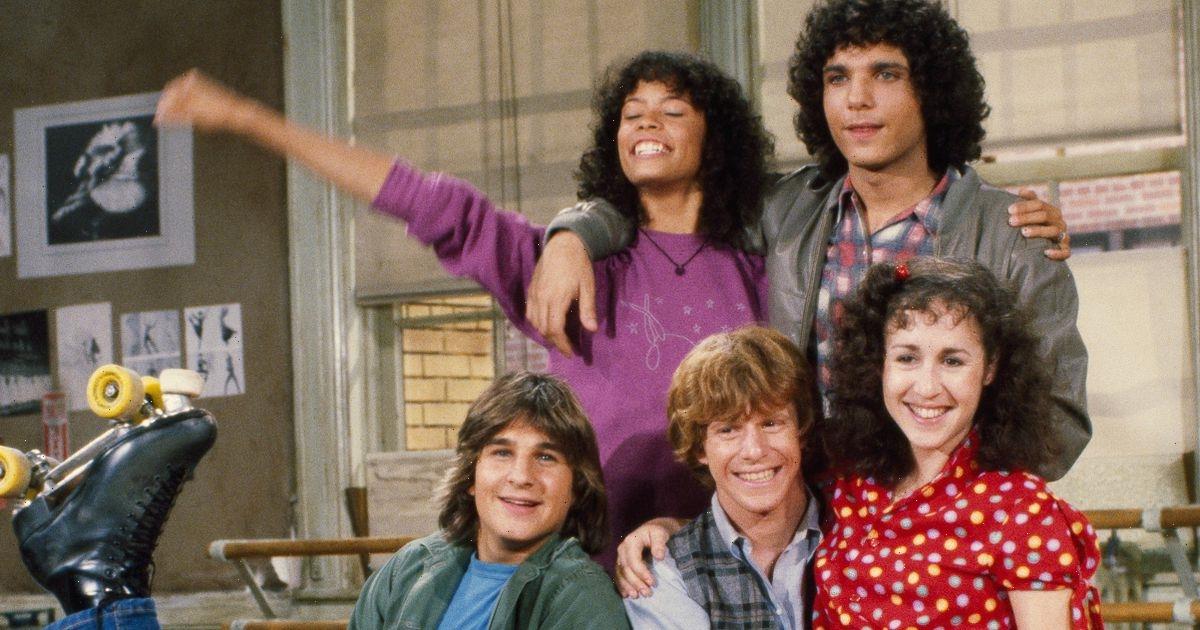 The words "Remember my name… FAME!" are etched into the memories of generations of music and theatre fans – and 2022 marks 40 years since the hit Hollywood TV series Fame first aired on our screens.

And while fans will surely remember that famous phrase, they may not know of the tragedies some of the cast members faced after the film.

A spin-off from the successful 1980 film, the TV series spawned six chart topping albums, number one hits including Hi-Fidelity and a 10-date UK tour.

However, many fans are probably wondering what happened to the kids that inspired a generation of performers to dream big.

With a 40th anniversary tour on the way to the UK later in 2022, fans will not have to wait long to see the kids from Fame – now all grown up.

Over 35 years since the Hollywood series ended on this day on May 18, 1987, Daily Star has taken a look at what the kids from Fame got up to after the show.

Lee Curerri was one of the original stars of the hit 1980 film Fame, playing keyboard virtuoso Bruno Martelli, before appearing in its spin-off TV series of the same name from 1982 to 1987.

In a recent interview with The Express, he also revealed his shock at how popular the series was in the UK, saying: "We tried getting on the tour bus, but the bus couldn't leave as it was mobbed.

"The minders told us they hadn't seen hysteria like it since The Beatles and the Rolling Stones."

Having studied at the Manhattan School of Music, his last TV acting role was in 1988's T and T, before he continued pursuing his career as a songwriter and composer.

He has since composed the music for series including Dangerous Minds and Soldier of Fortune, along with most recently creating music for short film The Present Past, which is in post-production.

However, Bruno is returning to his Fame roots, as he will be joining his fellow TV cast members for a UK reunion tour later in 2022.

Away from the limelight, Bruno has also been married to wife Sherry Dean since 2000, with who he has one son called Joey.

Before the Rhythm Nation and Together Again singer Janet Jackson was one of the world's biggest music icons, she appeared in a number of TV shows including Fame, where she played singer Cleo Hewitt.

From there, she continued to work in the music industry like her famous family, with her third album Control hitting the top of the music charts throughout the world in 1986.

After becoming one of the most influential, successful and revolutionary artists of all time with songs including Together Again, All For You and Miss You Much, it is no surprise that Janet has an eye watering net worth of £190million.

However in 2004, the now famous Superbowl XXXVIII halftime show where Janet's breast was accidentally exposed live on TV caused controversy, with many radio and TV stations refusing to air songs from her album Damita Jo, which was released in the same year.

In 2009, the singer also lost her brother Michael Jackson following his death at the age of 50 years old, and with who she had duetted with on songs including Scream.

In the years since, Janet has released critically acclaimed albums including Unbreakable, under her own Rhythm Nation record label, and was also inducted into the Rock 'n' Roll Hall of Fame in 2019.

More recently, the singer delighted fans with her Metamorphosis Las Vegas residency, as well as headling the 2022 Essence Music Festival in New Orleans.

She later married Wissam Al Mana in 2012, with the couple later welcoming a child before their divorce in 2017.

Earlier in 2022, a new documentary about the star's life and career was released to critical acclaim, with director Benjamin Hirsch telling Deadline: "Through this film, she’s been incredibly open and incredibly honest. And at times that has been very difficult for her."

He also praised the star, who is now reported to spend most of her time in the UK after putting her £9m New York property on the market, adding: "I admire her honesty and her ability to do that."

Another of the original Fame film cast to star in the TV series was Gene Anthony Ray, who played talented dancer Leroy Johnson.

Before landing his most famous role, Gene had attended the High School Of The Performing Arts, which was was the inspiration for Fame, but was expelled, with his mother telling the New York Times: "It was too disciplined for this wild child of mine."

After joining the Fame TV series, he and his fellow cast members embarked on a 1982 UK tour, performing songs from the hit series including Hi-Fidelity.

He also later starred as a dancer in films including Austin Powers: Gold Member, Eddie and in The Drew Carey Show, but it is reported that the star also battled with addiction during his career.

Away from our screens, Gene also opened up his own dance school, but the 41 year old died on November 14, 2003 following a stroke and complications from AIDS.

Speaking about her fellow cast mate, actress Valerie Landsburg told Daily Express: "Gene was gone too soon. There was no one like him.

"He was so talented, strong, funny and tender. His death shows how cruel and random the world can be."

Valerie Landsburg played Doris Schwartz in the Fame TV series, and is most fondly remembered as the lead singer on the cast's top 10 hit Hi-Fidelity.

However during her time on set, the actress admitted that she had "behaved badly" towards her fellow co-stars Erica Gimpel and Cynthia Gibb in a recent interview with The Daily Express, but has said she has since apologised to them and that there are no feuds within the cast.

After leaving the series in 1985, she returned for one episode in 1987, before embarking on a long and successful acting career, which included roles in Murder, She Wrote, Dream On, Beverley Hills, 90210, Columbo and most recently, 26 words.

Although known for her acting work, Valerie's true passion is music and like fellow cast member Bruno, she has made a career u-turn and now works as a composer with huge names including Carole King.

She told The Express: "To keep portraying someone at high school was strange. Going into my last season, I thought, 'I'm married and I'm 27, this can't go on."

She added: "Being famous was surreal. Acting in Fame was a sidecar – making music was my real labour of love."

Away from acting and music, she was also married to James McVay from 1984 to 2018, with who she has two children called Taylor and Brooklyn.

She will also be joining the Fame stars on their 40th anniversary reunion tour in the UK later this year.

Erica Gimpel's landed her first major TV role as Coco Hernadez in the Fame TV series, but since then, her Hollywood career has soared in some of the biggest TV programmes of all time.

In 1997 she became a recurring cast member in medical drama E.R, playing Adele Newman opposite hunk George Clooney, before starring in series including Veronica Mars, House, Numbers, Grey's Anatomy, True Blood and most recently, 9-1-1 and God Friended Me.

It was also recently announced that Erica will star as Ellie in the Anne Rice series Mayfair Witches, with AMC studios the series is about "an intuitive young neurosurgeon who discovers that she is the unlikely heir to a family of witches.

"As she grapples with her newfound powers, she must contend with a sinister presence that has haunted her family for generations."

Like her Fame cast mates, she will also be taking part in the 40th anniversary reunion tour in the UK in 2022.

Although she is one of the biggest stars in TV, not much is known about her personal life, which the actress tends to keep private.

Before appearing on Fame as Holly Laird, Cynthia Gibb was a successful model, appearing on the cover of high fashion magazines including Vogue and Young Miss.

After appearing in Youngblood with eighties Hollywood hunk Rob Lowe in 1980, she landed the role of drama student Holly in Fame, where she played the character for over three series.

From there she had a long and successful acting career in films and TV series including The Karen Carpenter Story, Diagnosis Murder, Deadly Games and 2020's Christmas On The Menu.

However, she has also made a career u-turn and it is reported that she also works as a performing arts coach, working at her studio in Westport.

It is no surprise then that with her long career and coaching work, the star has a huge estimated net worth of £3m.

In her personal life, Cynthia was also married to Scott Kramer, with who she had three children called Emma, Audrey and Ian.