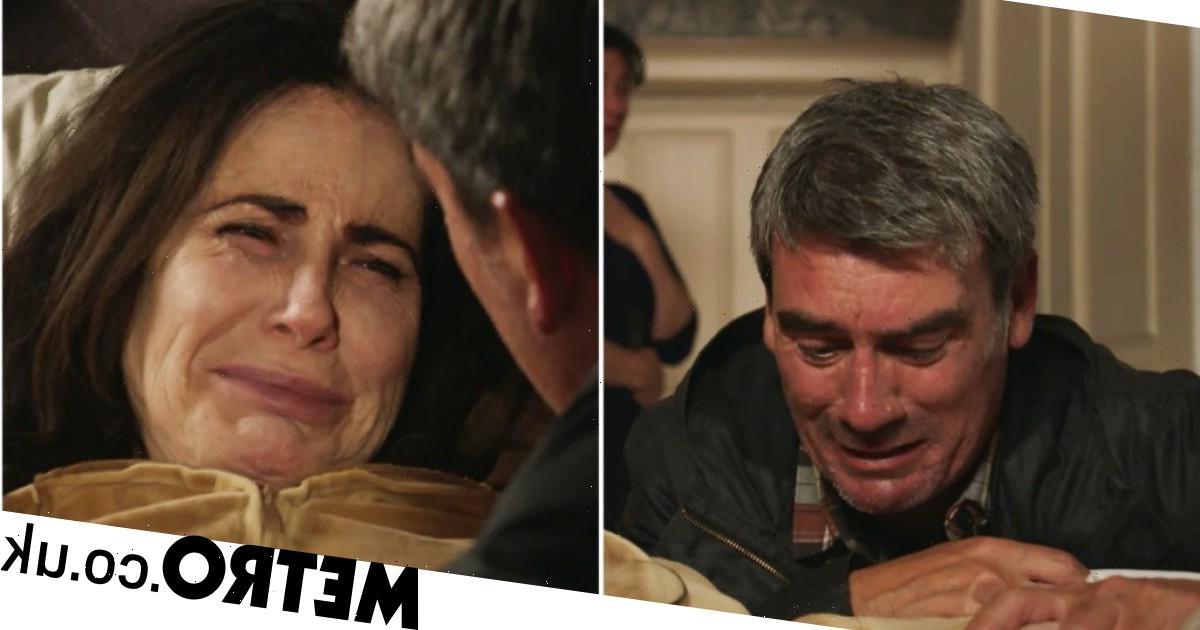 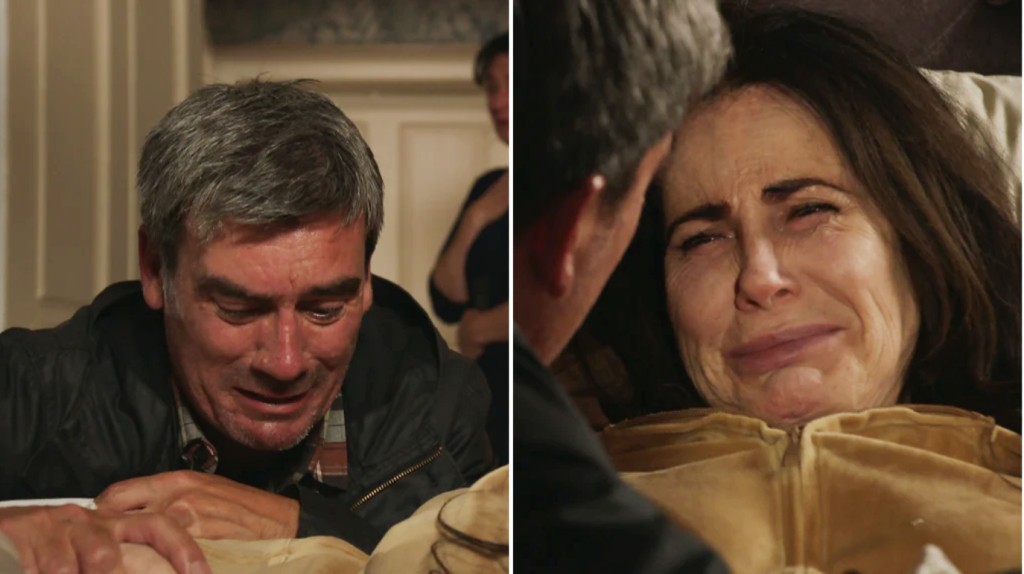 The final hours of Emmerdale’s Faith Dingle (Sally Dexter) have finally rolled around but in a little ray of light amongst the sadness, it happens exactly how the queen of the Dales would like to go – with her son by her side.

Faith’s illness has been pushing her closer and closer to death, which in turn has spurred her on to enjoy what little life she has. Not to be beaten by the terrible cancer that’s rapidly sapping her health, she recently made the decision that she is going to go out on her own terms.

Having secretly made this choice (save for Moira being in the know), Faith turns her attention on planning how to go out with a bang. Aaron (Danny Miller) gives her the idea that after – a family day at the seaside.

She excitedly gets organising, but her health starts deteriorating further, and it soon becomes clear she is not well enough to go. Cain (Jeff Hordley) snaps into action to save her big day and brings the family together for a huge surprise – he’s brought the beach to her.

Faith is delighted, but her surprises don’t stop there as her pal Diane (Elizabeth Estensen) arrives for the frivolities. Sick Faith cannot contain her excitement and a knowing nod is passed between Chas (Lucy Pargeter) and Rodney (Patrick Mower) at their success.

To top things off, Cain asks his mum for a dance and the day ends with Faith happy as a clam that she’s been surrounded by her loved ones. This gets Moira’s (Natalie J Robb) mind whirring that Faith is secretly saying her goodbyes, but during a covert chat, Faith assures her it’s not the case. Her final lie.

Nate leads his gran up to bed unaware of her plan for when the door closes behind him. Once alone, Faith switches off her phone, pores over the photos of the day, and gets ready to die alone.

Just before she takes her last breath, Cain arrives and realises what she’s done. He’s heartbroken, but he spends her last few moments with her making her comfortable.

She breathes her last and Cain is left to relay the news to his devastated family. Faith is finally at peace.

Speaking about her character’s decision to take her own life, Sally Dexter revealed: ‘Faith is and has always been a lover of life. But to exist in mental torment and physical pain with absolutely no choice or control over that existence- is simply unacceptable to her; she decides she would rather die.’

But when it comes to it, she decides to protect Moira from involvement: ‘Though she [Faith] knows she wouldn’t be asking Moira to actually assist her dying, she realises she cannot have any possibility

of Moira being implicated either, and for that reason, even though Moira relents and agrees to be by her side; Faith decides to take control alone.’

However, she’s not alone as Cain makes an appearance at the eleventh hour.

The actress added that it wasn’t the death she expected for her character: ‘I always knew Faith was coming back to die. My idea was to have her save Cain and Chas from some sort of attack in the Woolie – say from a bullet or a knife aimed at her children from a crazed intruder!

‘I could picture her sliding down the side of the bar, with Cain and Chas declaring her a heroine! But the story Jane (Hudson) and the team wanted was a far more important and difficult one to tell. I only hope we have done as much justice as we could.’