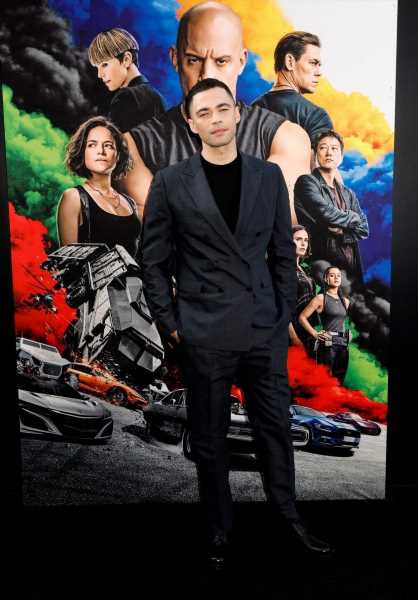 For the first time in the Fast and the Furious series, F9 takes us into Dominic Toretto (Vin Diesel)’s past. Vinnie Bennett plays the young Dom in scenes set in 1989, 12 years before he was street racing with NOS tanks. However, Bennett filmed even more than you saw in F9.

Bennett spoke with Showbiz Cheat Sheet by phone on July 2 about his role in F9. He also shared some details about a scene that did not make the final cut. Maybe we’ll see it on the F9 DVD.

In 1989, young Dom watches his father, Jack (J.D. Pardo) crash and die during a race. Dom beats the other driver with a socket wrench and goes to jail. When he gets out, Dom challenges Jakob (Finn Cole, who grows up to be John Cena) to a race for their family. Jordana Brewster had previously said an actor was cast as young Mia. Bennett described the scene in which she would have appeared.

“There was in the scene where young Dom pulls up after he gets out of jail and he’s out to get revenge on Jakob,” Bennett said. “Initially after he pulls up he gets out of the car and Letty comes up to him, the younger Letty. They share a moment and then the rest of the gang come and say hello as well. Mia’s there as well. That didn’t make the final cut which is interesting. I feel like maybe they’re leaving space for some possible spinoff scenarios.”

Spinoffs with young Dom and young Jakob are definitely possible, as are more flashbacks in Fast 10 and 11.

Vinnie Bennett is still waiting for this scene

Even with scenes on the cutting room floor, F9 didn’t answer every question. For example, Dom has hair in 1989. At some point before 2001’s The Fast and the Furious, he shaves his head. Bennett will leave that for a future sequel.

“I don’t know, I’m hoping for an explanation behind that,” Bennett said. “Maybe one day his friends try to give him a haircut and he gives him a bald spot or something and then he’s like oh well, I’ve got to shave it all off now. Maybe he just keeps it. Who knows?”

Vinnie Bennett had to get this scene right

The wrench scene was part of The Fast and the Furious legend since the original movie. It’s why Dom went to jail and ultimately became an outlaw. Bennett felt the pressure of performing that significant scene.

“I felt immense pressure,” Bennett said. “I really wanted to nail those things in particular that were spoken about in the very first movie. There’s lots of fans that I’m sure want it to be done the right way. So I really made sure that I was in the right zone that day and really focused on getting it right and having the emotion there as well.”