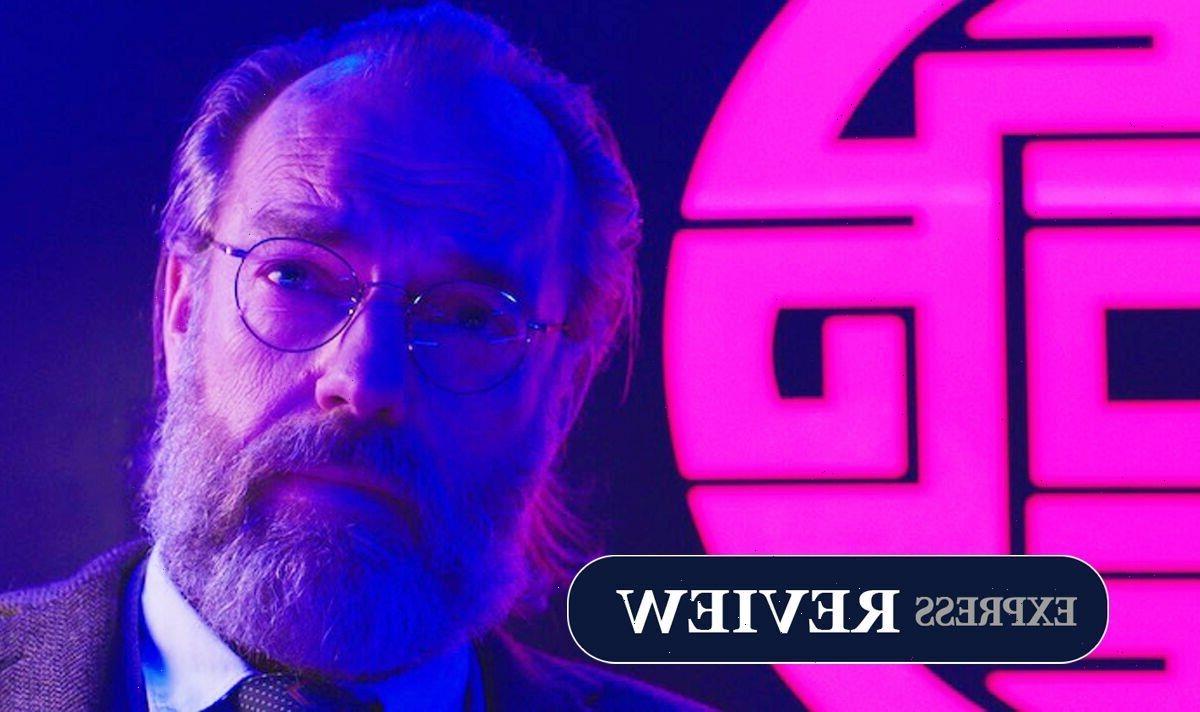 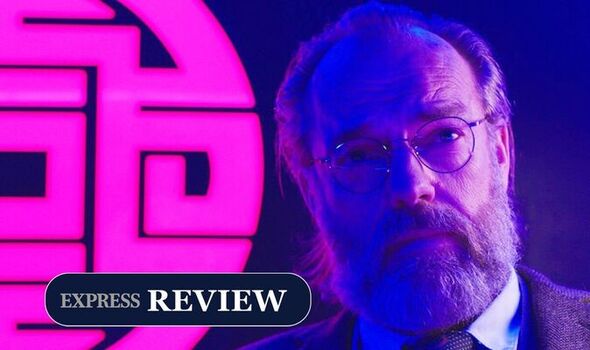 Look, I am a sucker for a cyberpunk thriller. Especially one that promises echoes of Blade Runner or Ghost in the Shell. Expired tries to evoke a lot of these classic films’ tropes (and many others) but only succeeds in landing a couple of hits. Mostly, though, some of the style choices leave the movie frustrating to watch.

Expired follows the journey of Jack (Ryan Kwanten), a mercenary in the distant future who emotionlessly kills for cash to get by. Everything is going totally fine for him until he meets a young, good-looking karaoke singer named April. Before long, as expected, things go wrong. Mysterious men start following Jack around, and many unanswered questions from his past rear their heads.

You may already be able to detect shades of Blade Runner seeping through the narrative, but that’s not where all the similarities lie.

Expired is a visually thrilling movie. From its costumes, style, and direction, it is a feast for the eyes and a film that begs to be explored further in the future. Even the little details that director Ivan Sen has focused on adds layers to the beautifully dystopian world. From sky-high shots of a cloudy, neon-lit city to the winding gritty streets filled with bodies, adverts, and oppression, Expired is a gorgeous, enticing cyberpunk picture that you will not want to tear your eyes from.

Furthermore, the picture’s world-building is curious and tangible. Robots and cyborgs inhabit the crumbling world, and the ever-prevailing themes of functionality versus humanity are not entirely subtle, but certainly well-explored.

Unfortunately, the film’s narrative leaves an extreme amount to be desired.

The mystery surrounding Jack feels extremely rote. The cyberpunk genre has a tendency of nibbling its own tail, but this is outright cannibalism. If you’ve seen any science-fiction movie in the last ten years, you’ll more than likely get the gist of where the film is going.

That isn’t to say it’s dreadful, however. It could be a perfectly fine story if it were handled differently, but there is one enormous, glaring flaw with Expired that will certainly frustrate everyone: The voiceover.

Much like Blade Runner, Jack (and other characters!) explores the insights of his own mind and the unfolding story in oblique and arbitrary voiceovers. A lot of the time they don’t make sense. Sometimes they allude to more complex stories being told. But all of the time they are difficult to hear. Every character speaks these voiceovers in a breathy whisper which, although is absolutely a choice of the director, doesn’t work at all. And I think he realised this in the edit, as every character’s VO has been given bright yellow subtitles to shine clarity on the dialogue. It’s infuriating to watch, it breaks the tension, and it becomes a real crutch for the entire movie.

Thankfully, plot aside, not everything is hopeless in the almost two-hour epic.

Jack actor Kwanten is brilliant. While the character begins as a tough, know-it-all merc with a sensitive side, his transformation throughout the picture is sublime. By the end of the picture, Kwanten looks truly tortured and dishevelled, and his performance reflects with a wonderful deftness.

He is joined on screen by the legendary Hugo Weaving who, unsurprisingly, delivers a subtle and nuanced role. The aforementioned issues with narrative voiceover truly plague his character, Doctor Bergman, but that aside, he puts out a beguiling performance that is matched only by Kwanten.

Expired has its problems, but sci-fi fans can do a lot worse. Cyberpunk nerds like me will, no doubt, eat up the movie passionately, because of its stunning visuals, unique world, and idiosyncratic characterisations. But, once every morsel has been devoured, you’ll still feel a little empty.