Dexter is coming back and thanks to a new interview with showrunner Clyde Phillips, a few of our many questions have been answered. 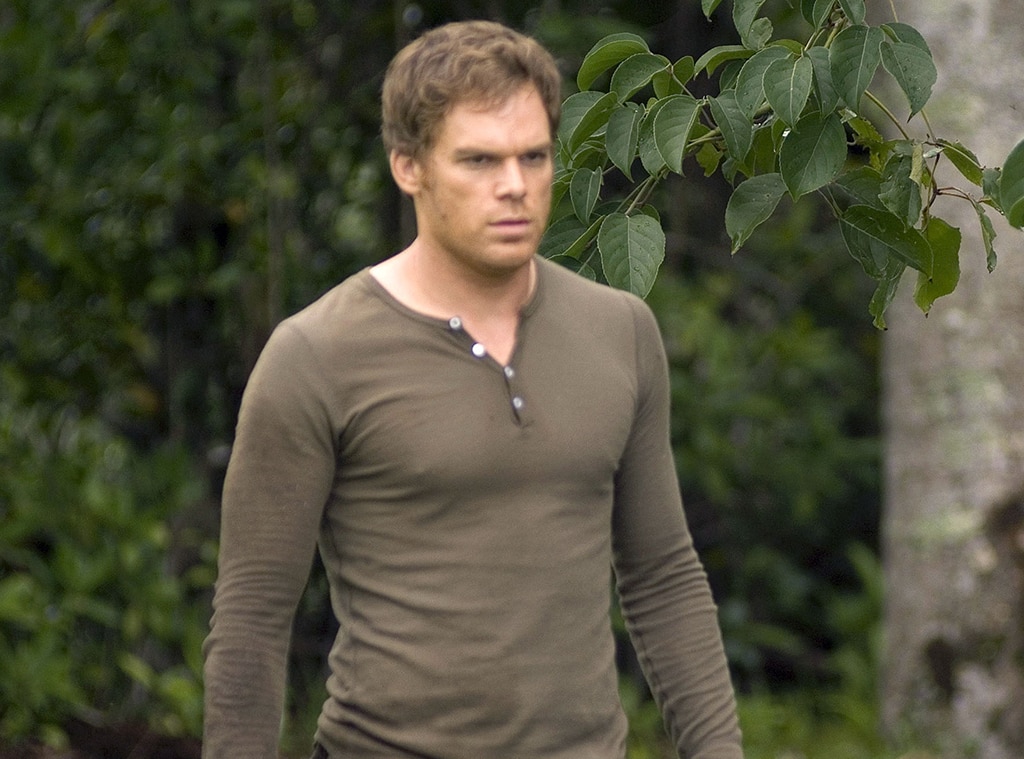 The new Dexter will not be anything like the old Dexter, except it sort of will be.

TV fans were shook on Wednesday when Showtime announced that after six years off the air, Dexter was returning for a 10-episode limited series.

The serial killer drama was popular back when it aired between 2006 and 2013, but it lost some favor when the series finale sent Dexter's girlfriend and son off to Argentina while the man himself faked his death and famously became a lumberjack.

It was an infuriating ending that promised more was coming, and now we're getting more whether we wanted it or not.

Michael C. Hall is returning along with original showrunner Clyde Phillips, who left the show after season four to spend more time with his family. On Friday, THR's TV's Top 5 podcast welcomed Phillips to talk about the revival, and he offered some very helpful (if vague) info about exactly how it will work and why it's happening in the first place.

First of all, a Dexter revival has been in the conversation for years, so while the news feels out of the blue to some, it's actually been a long time coming. Phillips revealed that over the years, he and Hall regularly talked about ideas for new seasons, but the official call from Showtime President Gary Levine came in July 2019. The network wanted one more season of Dexter, and soon the writers room was up and running.

Then the writers room had to disperse when the pandemic forced everyone back to their homes, but the writing continued.

Phillips and his writers had to keep the project a secret—even when it was officially greenlit earlier this summer—but now he can at least explain how the new show will fit in with the old and where the lumberjack of it all fits in.

Scroll down for everything we know so far!

The revival will be 10 episodes. Showrunner Clyde Phillips—who ran the first four seasons of the original series—wrote the script for the first and the last episode. Production is slated to begin in early 2021 and the show will hopefully air later that same year.

Phillips told THR that "We want this not to be Dexter season nine."

"We basically do get to start from scratch," he said. "I mean, 10 years have passed—however many years have passed—by the time this will air, and the show will reflect that time passage in so far as the ending of the show. This will have no resemblance to how the original finale was and it's a great opportunity to write a second finale for a show."

Phillips acknowledged many people involved with the show—including Michael C. Hall—knew that lumberjack ending was not a fan fave.

"Michael certainly was aware that the ending wasn't well received and I believe that he was not completely satisfied with it and this is an opportunity to make that right," Philips said. "But that's not why we're doing it. We're doing this because there's such a hunger for Dexter out there."

The revival will not erase Dexter's turn as a lumberjack.

"We're 10 years later," Phillips said. "We're not undoing anything. We're not doing movie magic, we're not going to betray the audience to say 'That was all a dream,' or whatever it is. I mean, what happened in the first eight years happened in the first eight years. This is now however many years later. So we're not undoing anything."

Dexter's adoptive sister Deb (Jennifer Carpenter) will still be dead, but Dexter's a show known for its ghosts.

"There is some flexibility for movie magic, and that's all I can say about it," Phillips said, refusing to answer the question directly.

When the original finale aired, Phillips was interviewed by E! News' Kristin Dos Santos and revealed what his pitch for the series finale would have been. It involved Dexter being executed for his crimes while all of his victims (even the indirect ones) could be seen watching from the gallery. Understandably, Phillips couldn't say whether this ending would see the light of day in the revival.

Dexter was sort of iconically set in Miami the first time around, and in the finale the character had relocated to Oregon. Philips couldn't say where exactly the new season will be set, but he could tease that "it won't be Miami."

Phillips couldn't say for sure if Dexter's former job of blood splatter analyst for the Miami Police Department would come back into play, but he could say this: "We discuss it and we we do mess with it, we do change it up. I can't tell you in which ways."

The show will "look and feel different yet familiar," whatever that means.

Lucas Bravo Weighs in On the Emily in Paris Age Debate

The Dexter revival will begin production in 2021.