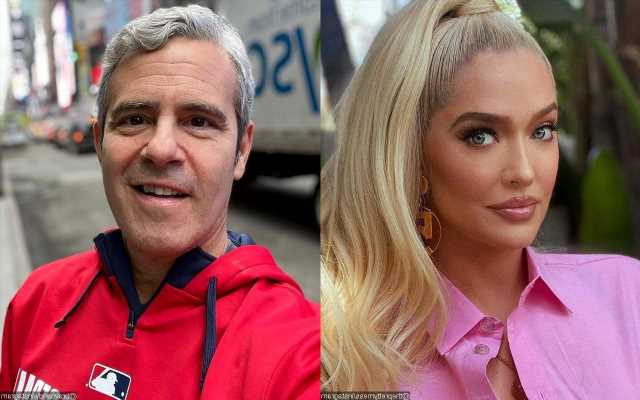 In a sneak peek for the four-part televised event, the ‘Real Housewives of Beverly Hills’ star denies that her estranged husband Tom Girardi ‘put $20 million and more’ into her account.

AceShowbiz –Erika Jayne‘s ongoing legal drama with her estranged husband Tom Girardi has become a topic in the upcoming reunion of “The Real Housewives of Beverly Hills“. After host Andy Cohen grilled her about the issue, the reality star couldn’t help but break down in tears.

“We’re going to put you on a skewer, and I’m going to fire up the barbecue,” the 53-year-old host told Erika in a sneak peek for the four-part televised event. “Why didn’t you leave Tom sooner?

In response, Erika asked back, “Where was I going?” To the question, the “Watch What Happens Live with Andy Cohen” host answered, “I know what you make on this show.”

After mentioning Tom’s alleged “multiple affairs,” Andy noted that it’s now known that the 82-year-old allegedly “put $20 million and more” into Erika’s account. The singer, however, shut down the claim.

“Who believes Erika did not know anything about what Tom was doing?” Andy then asked the cast. It prompted Erika to angrily exclaimed, “Can someone please back me the f**k up on what I’m saying?”

Andy additionally told Erika, “You were manipulating the narrative by saying that the cognitive decline started three years ago.” Erika was quick to deny, saying, “That’s not true. Again, here you are looking at me rolling your eyes,” to which Andy replied, “It lands differently when there are air crash victims.”

The footage concluded with Andy asking Erika whether she ever spoke with Tom. The “Radio Andy” host also questioned whether the lawyer did the allegations leveled at him. As she tried to respond, Erika started to tear up.

Erika submitted the divorce paper in November 2020. In the following month, she and Tom were named in a lawsuit for allegedly embezzling funds meant for families of the victims of the fatal 2018 Lion Air plane crash. The divorce has been described as a “sham” to hide assets. The trustee is suing her for the return of $25 million and other luxury items, but she refuses to return the items calling everything “gifts” from her estranged husband.