Karl Stefanovic's now former co-hosts of the Today show have farewelled the broadcaster, describing him as an "intelligent journalist" but also a "naughty schoolboy". 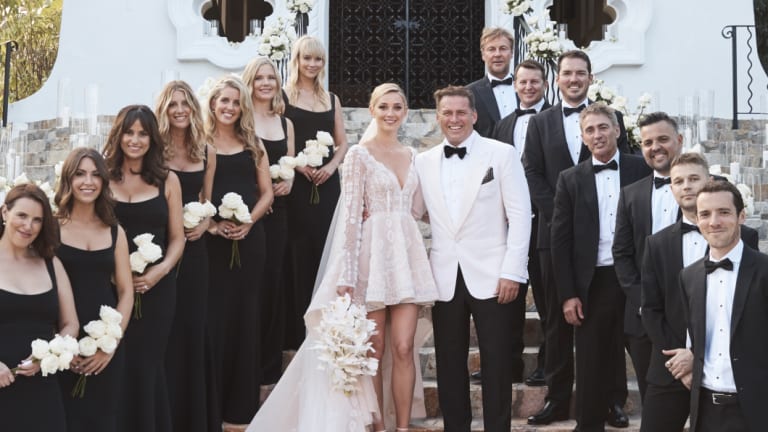 Karl Stefanovic is currently on his honeymoon with Jasmine Yarbrough, following their lavish Mexican wedding.

"I can say he has walked into the studio every morning with energy and passion bringing ideas to make the show bigger and better," Wilkins said.

Stefanovic was "stepped off" the Today show after 14 years as host on Wednesday afternoon, with the broadcaster informed over the phone while on his honeymoon in Aspen.

Stefanovic's dumping from Today came just one day after his brother Peter, the co-host of Weekend Today found out his contract had not been renewed.

While Peter will leave the network, Karl will remain at Nine to host reality show This Time Next Year which films in February. However his long-term future at the network remains uncertain.

Wilkins said Stefanovic was looking forward to being back on air early next year.

"Karl has asked us to pass on his thanks to you, the viewer, for tuning in, and Karl, on behalf of all your friends and colleagues here at Nine and your millions of fans around the country, we wish you all the best," Wilkins said.

"You didn't just wake up with Today. Today woke up with you."

Deborah Knight said Stefanovic had a "massive impact" on the program during his time with Today.

"We wish Karl all the best and enjoy the sleep-in. It is very well deserved," she said.

Network bosses dumped Stefanovic from the hosting gig, and may alter the on-air roles of Wilkins and newsreader Sylvia Jeffreys, in a bid to revitalise the ailing breakfast show.