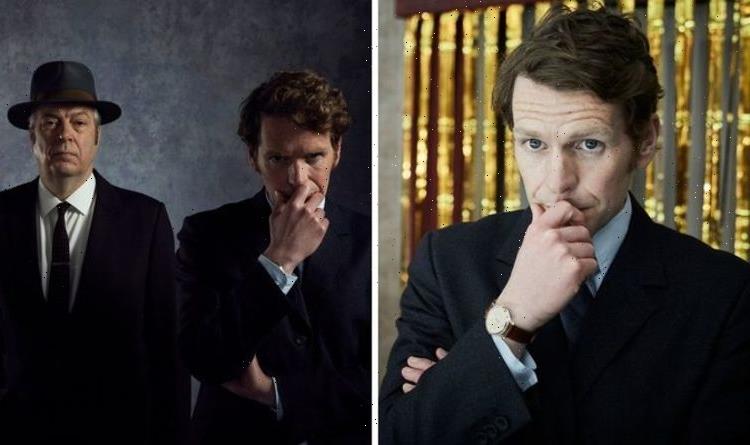 Roger Allam says it's unlikely this will be last Endeavour series

Endeavour was last seen on screens way back in February 2020 on ITV. Much like countless other series, the show had to navigate delays and restrictions as a result of the coronavirus pandemic, but thankfully its return is just around the corner. After such a long wait, viewers are desperate to see the next adventure for DC Endeavour Morse (played by Shaun Evans) and DI Fred Thursday (Roger Allam).

When does Endeavour return?

Since premiering in 2012, Endeavour has continually proved to be one of ITV’s most popular detective series.

Originally under the shadow of the legendary Inspector Morse show, Endeavour has proved itself to be a brilliant addition to the long-running franchise.

The first seven series have explored the earlier years of the iconic character originally played by the late John Thaw.

Season eight promises to do the same, with Endeavour’s Morse and Fred Thursday back again to tackle three new crimes.

The three-part season will debut on Sunday, September 12 at 8pm, with the next two episodes coming the following Sundays.

While only three episodes, ITV describes them as films, once again giving them a feature-length runtime of around 120 minutes, similar to previous seasons.

All three episodes will also be available to ITV Hub and the streaming service Britbox, following the transmission on ITV.

The details on the plot for season eight are yet to be revealed, with no trailer for the new season currently released.

The latest three episodes will likely continue to explore the dynamic between Endeavour and Fred and the impact season seven’s ended had on Endeavour.

Speaking to ITV’s Lorraine last week, star Roger Allam went into detail on the relationship between the two iconic characters.

Allam explained: “There’s always been tension, but this time, Endeavour is going through a huge crisis because at the end of the previous series, the woman he was in love with died in his arms.

“And this sets him off on a course of regret and drinking too much and sort of losing the plot really.”

This is an element of Endeavour’s backstory that was first alluded to way back in the original series.

The time period between the Endeavour series and Inspector Morse sees the character become a very different man.

Season eight will likely show the first signs of the character Endeavour is destined to become.

The three episodes will no doubt explore much more beyond this point, but it looks set to be one of the most emotionally charged seasons yet.

Many viewers have been reacting to the news of the show’s imminent return on social media, yet many of them finding the reveal to be bittersweet.

On Twitter, one fan wrote: “If only you could make more than 3. Still, 3 is better than none!”

Another added: “Three episodes? Oh, that’s going to end all too quickly.” (sic)

A third commented: “How wonderful! Can’t wait to watch S8!”

Endeavour season 8 will premiere on September 12 on ITV.