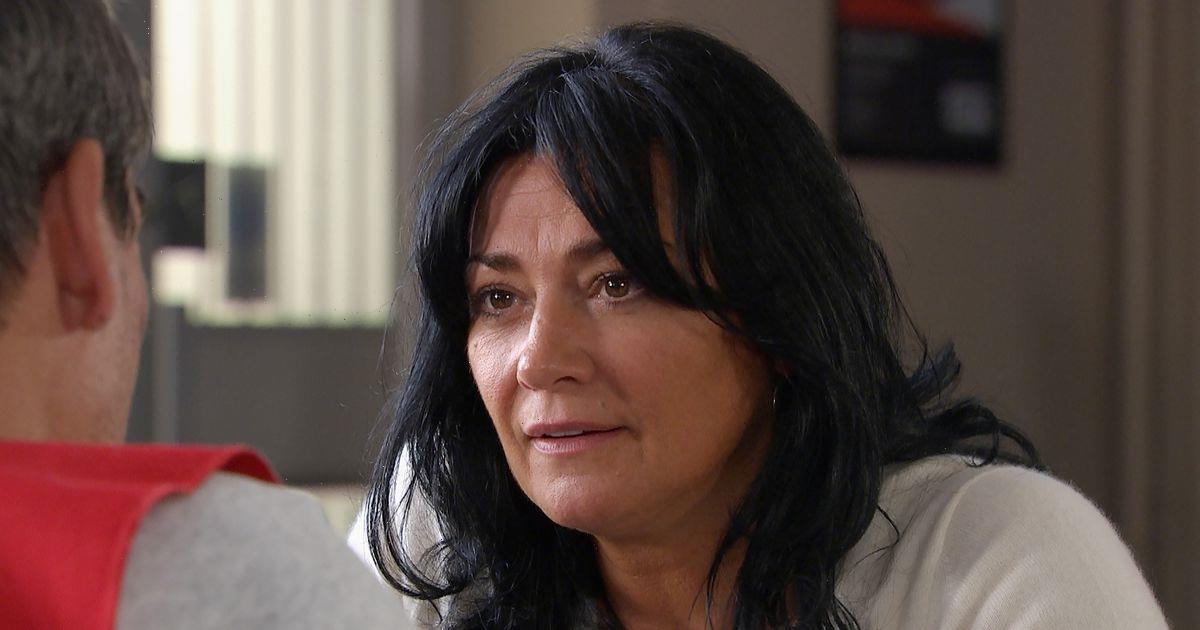 Only recently, Cain Dingle's long-lost brother Caleb (Will Ash) made his debut on Christmas Day and it was soon revealed that Cain had known about his sibling for 30 years but kept his existence a secret from the rest of the family.

Viewers have since been desperate to find out more information about Caleb with some soap fans even coming up with different theories about the character.

Taking to social media recently, viewers speculated that Caleb could embark on an affair with Cain's wife, Moira, as "revenge". Fans claimed they spotted a loaded look at Moira from Caleb, leaving them convinced that sparks are going to fly between the pair while Cain sits in prison for the murder of Al Chapman despite his young son Kyle actually being responsible.

This wouldn't be the first time Moira has cheated on Cain as she embarked in an affair with Nate Robinson in 2019, not realising it was her husband's secret son.

However, speaking to press including OK! at a recent event, Moira star Natalie shut down any "revenge" or "affair" theories for her character.

The actress said: "No that's not on the cards at all at this stage. All I can say is she doesn't see anything like that. She is quite pleased [Cain] has this extended family because of her relationship that she had with Faith so it's quite nice to know that there's a connection there.

"No, [an affair] is not on the cards and in fact, I think after everything that has happened with Kyle and Cain in prison… hopefully she's got a clean slate now."

However, Natalie teased: "I'm sure there's plenty of other women though [that will like Caleb]."