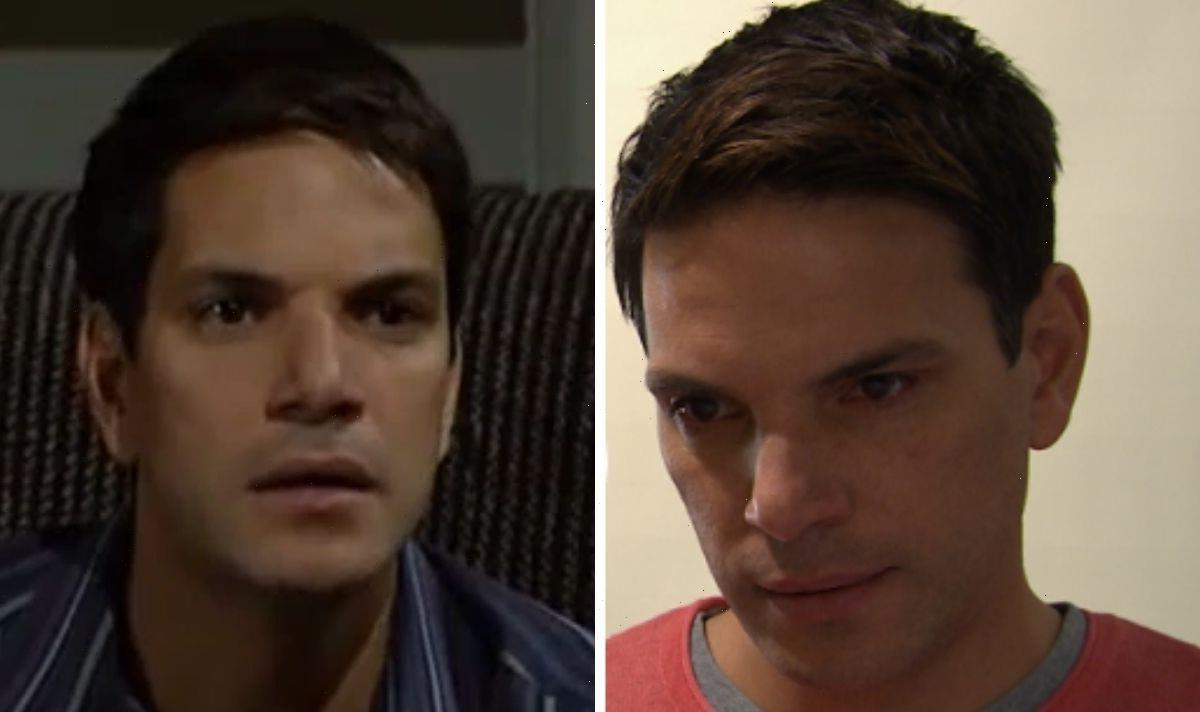 Emmerdale: David gets emotional at Val's funeral in 2015

Matthew Bose, who played Emmerdale’s Paul Lambert, originally arrived in the village in 2004 and was the son of Rodney Blackstock (played by Patrick Mower) and Val Lambert (Charlie Hardwick). In an exclusive interview with Express.co.uk, the actor reflected on his time on the ITV soap as the centre of some major storylines. Matthew also spoke about making TV history after getting married to Jonny Foster (Richard Grieve) in the programme’s first gay wedding.

Mathew originally left the soap after Paul tried to reconcile his relationship with Jonny.

He made a brief return in 2010 when his stepsister Nicola (Nicola Wheeler) got married to Jimmy King (Nick Miles).

The actor reprised his role once again in March 2015 after his mum Val passed away.

However, shortly after he made the decision to leave again and moved to Portugal, which is where he remains.

However, in an exclusive interview with Express.co.uk, Mathew opened up about his decision to take a break from acting.

“I think the way a lot of people are viewed now is changing because we have a lot of demarcation, you know, it’s like, what’s your sexuality, what’s your ethnic background?

“And I’ve always sort of skated over all those things because nobody knows where I am from or how old I am, that used to be good and now I think it’s less good and people don’t know where to fit me.”

The Paul Lambert star continued: “For a while, my partner had children, so I was sort of half looking after them and just deciding what I wanted to do and that was pretty much post-Emmerdale and all of that.

“And then I have any newish, I say new but in the last four years or so I have a nice little agency in the north who let me do exactly as I please.”

Mathew, who also went on to land a role in the award-winning drama It’s A Sin, discussed how his sexuality affected his career.

“And then I did the first Primetime marriage,” he added. “So, I’m now in a way paying the price perhaps from being part of that.

“You know, it’s quite interesting how I think gay history or LGBTQ plus history is very important, we all know that.

“We’re built on the back of all these amazing people that did all this stuff before us,” he added.

Despite taking a break from Emmerdale, Mathew explained he would love to return to the ITV soap.

“I loved it there and they are such a great group of people,” the actor praised. “I know everyone says that, but they just are fantastic.

“And of course, I don’t know a lot of the actors there now, but the ones I do still know are lovely.

He went on: “And I would absolutely welcome spending any time with them working, it would be brilliant.

“I really would love to go and work with some people like Lisa Riley. I just think that Paul and Mandy [Dingle] are the best combination ever.

“And I just think he’s a hairdresser, he’d work with her and she would get him into all sorts of trouble, I just think that’s classic Emmerdale right there for you,” Matthew said.