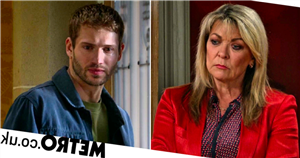 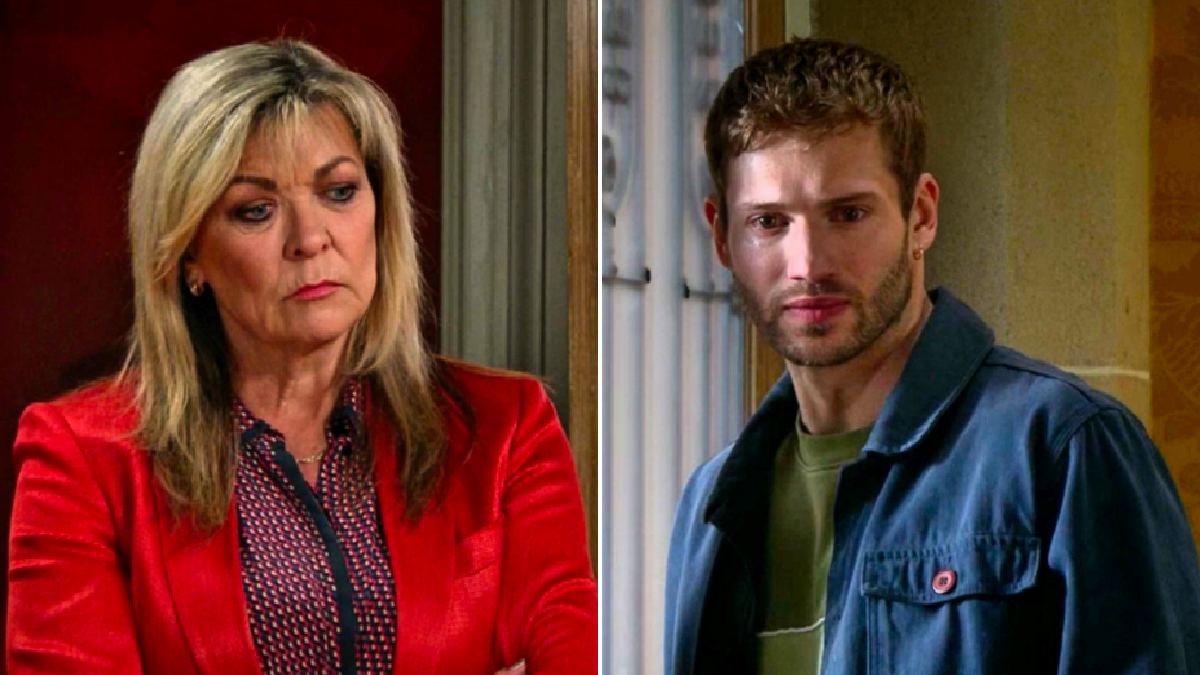 They say that revenge is a dish best served cold, and Emmerdale legend Kim Tate (Claire King) would be inclined to agree, as her return from the dead left son Jamie (Alexander Lincoln) chilled to the core.

In what can only be described as a monumental twist, the soap stalwart faked her own death as part of an elaborate scheme to get revenge on her beloved son.

Jamie, as viewers know, has been drugging her for months, revealing tonight (June 24) his motives for doing so, claiming that he wanted to put Kim in a position where she needed him. He wanted to be wanted by her.

The young man, however, had little to no idea that his mum had knowledge of what he was doing.

Yes, the icon worked out what he was up to, and subsequently concocted the ultimate revenge, making Jamie believe that his actions inadvertently led to her death.

Riddled with guilt, the heir to Home Farm returned to the scene of the crime tonight, to watch back the footage recorded during the previous day.

But he was in for quite the shock.

Yes, standing behind him was none other than Kim, who was very much alive and well.

Jamie was speechless, unable to comprehend the sight before him.

Kim, meanwhile, took great pleasure in knowing that she had duped her son, before offering him a brandy to calm his nerves.

Jamie, unable to keep quiet any longer, soon dropped the act, admitting to being the poisoner. However, he made it very clear that he did not want to kill his mum, but rather he just wanted to get his own back for the way she’d been treating him as of late, as well as wanting her to need him.

Kim, meanwhile, wasn’t finished with having fun, as she told Jamie that the alcohol he’d consumed was riddled with poison, claiming that he had less than an hour before it killed him!

Jamie was horrified, and attempted to get his mum to admit that she was lying. Kim, however, remained adamant that his time was running out, prompting the young man to head for the exit.

When that was no use, he downed some water, before pleading with Kim to get him help before it’s too late.

Eventually, Kim put him out of his misery, so to speak, as she told him that she was merely playing him, as contrary to his beliefs, she could never do to him what he was trying to do to her.

And with that revelation, the Home Farm legend told her son to get off her property, ordering him to never return.

Jamie, heartbroken and lost, took one final look around the house, before making his exit.

Is this really the end of the mother and son duo’s relationship?

Emmerdale continues Friday June 25 at 7pm on ITV. Alternatively, all of this week’s episodes are now available to stream on ITV Hub due to scheduling disruptions caused by Euro 2020.