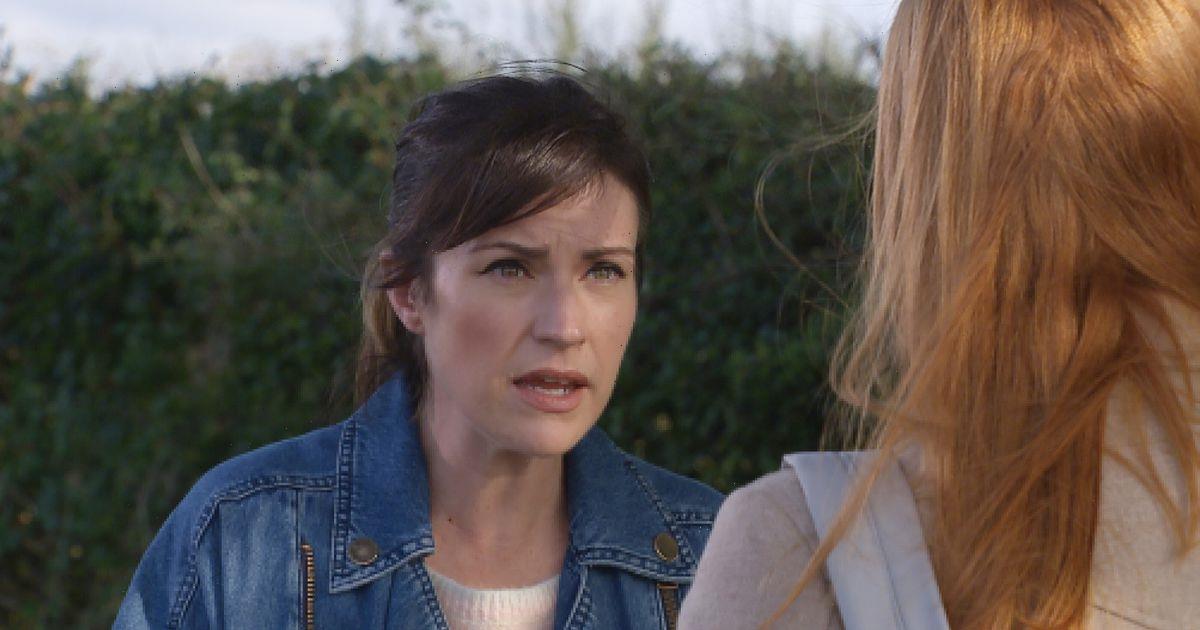 Emmerdale's Chloe Harris has remained an enigma since she arrived on the scene in the Dales, along with her criminal dad 'Damon' – who fans still don't know the true identity of.

But her mum could be a lot closer to home, as fans are sure they've worked out a major DNA twist in the Harris family tree.

And they reckon Kerry Wyatt – mum to Amy Wyatt – could have had another daughter in the years before she appeared in the Yorkshire village.

Fans have theorised that the reason Kerry is growing so close to Chloe – and why Chloe bears such a strong physical resemblance to Kerry's daughter Amy – is that Kerry is her birth mother, and gave her up for adoption.

Taking to Facebook, one fan theorised: "Kerry is her mum!"

Another quickly responded: "So that means Chloe and Amy are sisters?"

"Don’t tell me Kerry’s her mother!" another moaned, as someone else followed up: "If so it slipped her mind she'd spent 9 months waddling around 6 hours in labour and had given birth. Guess anything possible in soap land!"

A fifth social media user wondered: "Have Amy and Chloe got the Same dad then?"

Theories have also been flying on who Chloe's mysterious criminal father could be – with conspiracies running from him being convicted rapist Pierce Harris' daughter to the daughter of a total newcomer.

Some fear she could even be lying about her DNA connection to Sarah Sugden's heart donor, Gemma, who was killed in a car crash along with Chloe's supposed biological mother.

And others are sure they've rumbled a very sinister connection to Emmerdale's resident serial killer, Meena Jutla – as her sister could actually be one of the victims Meena took before she arrived in the Dales.

Actress Paige Sandhu has confirmed that in the backstory she constructed for Meena, she killed at least two people before taking revenge on Leanna Cavanagh and Andrea Tate.

One of them was her former pal, Nadine – but the other hasn't been identified.

Raising the theory on social media, one fan penned: "Just thought – Sarah's donor died in a car of some sort, well I saw something that said Meena talks to Sarah. Could the donor be the person who Meena killed?"

Others were quick to agree, with one pointing out: "Possibility with them all of a sudden bringing up Sarah's transplant! I just want Meena caught. I seriously don't like her character."

Another fan agreed: "Yes it could well be! I have never in my life seen as many coincidences happen as I have on Corrie and Emmerdale!"

"That would be some turn around if it was – wow, what a story!" someone else echoed.

Stay up to date with the latest news in Showbiz and follow your favourite celebrities by signing up for our newsletter by clicking here.