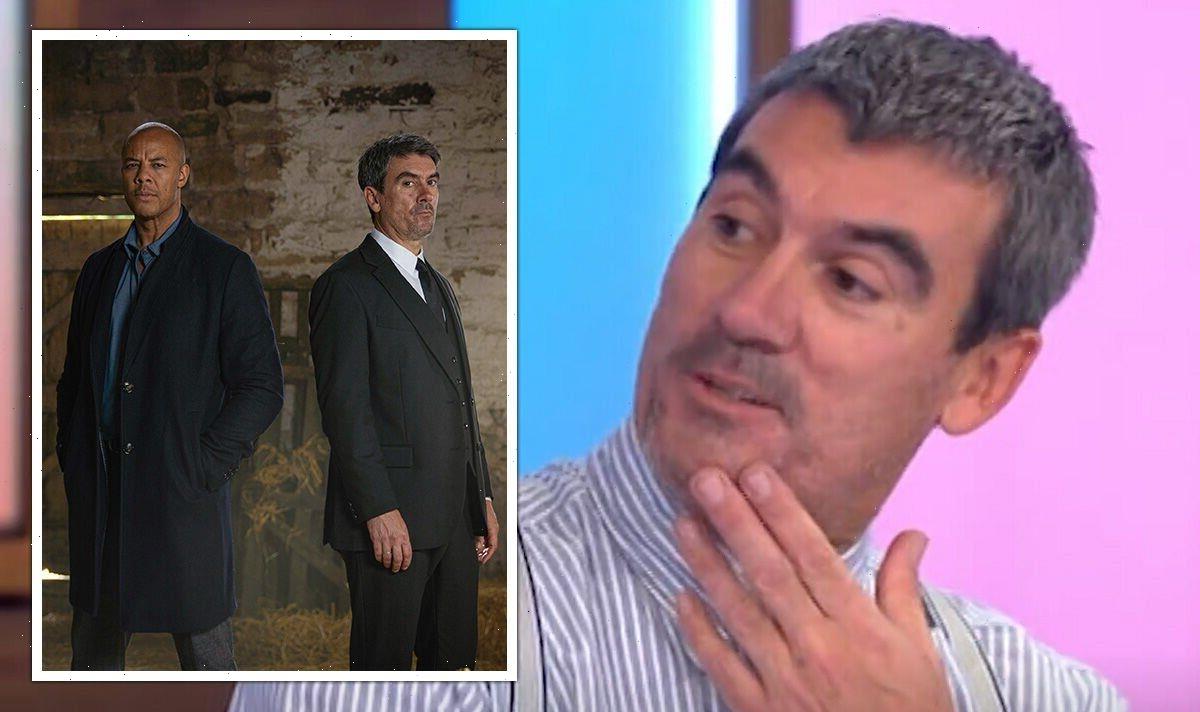 Emmerdale's Jeff Hordely says he worries 'every year' for his role

Jeff Hordley has played Cain Dingle on Emmerdale for more than two decades and his character has been at the heart of the ITV soap’s 50th-anniversary storyline. Cain recently lost his mother Faith Dingle (played by Sally Dexter) to cancer and he is about to find out about his sister Chas Dingle’s (Lucy Pargeter) affair with his nemesis Al Chapman (Michael Wildman). Ahead of Cain and Al’s upcoming showdown, Jeff admitted he worries “every year” about his contract on the soap.

The 52-year-old actor was invited onto Monday’s instalment of Loose Women where he discussed Emmerdale’s 50th-anniversary episodes with the panel.

ITV viewers saw a more tender side to Cain earlier this month when he bonded with his mother during her final weeks of living with terminal cancer.

He sobbed by her bedside after she was found dead and her joint funeral with Liv Flaherty (Isobel Steele) reduced the majority of the village to tears.

Cain’s sadness is set to turn into fury during Monday night’s instalment of the serial drama when he holds a gun to Al after learning his secret.

During his conversation about his character’s upcoming storyline, Loose Women star Janet Street-Porter asked Jeff: “So when you go to work, are you worried about what is next?”

Jeff candidly replied: “I’m worried every year, we are only on a year’s contract at a time.

“There are times of the year when people’s contracts are up in the air – so everyone is nervous.”

When Frankie Bridge asked him about being part of the Yorkshire-based soap for 22 years, Jeff replied: “I had a little break for three years.

“So I think I have done 19 years on the soap but the character has been around for 22 years.”

He added: “I think I have been lucky because I have been on the show so long the writers have written really well for the character.”

Jeff’s character Cain continues to be at the centre of some violent storylines on the ITV soap.

Al is set to meet with a shotgun-wielding Cain in a remote barn where the two men are due to have the ultimate showdown.

Cain and Al have been enemies for some time and the corrupt businessman has been having an affair with Chas for months.

Emmerdale spoilers have revealed a gunshot rings out across the village, but is it Cain, Al or another resident who loses their life?

Jeff told the Loose Women panel the shooting will create a “ripple effect” throughout the village, but resisted giving away any spoilers.

He teased: “From here, there are some really good stories.

“I think when you do stories like this you’ve got to have the ripple effect afterwards and this causes certain ripples throughout various characters in the village. Whether it’s me I can’t tell you.”

Could Cain’s reign of terror across the Yorkshire Dales be coming to an end?

Emmerdale continues on weeknights from 7.30pm on ITV.