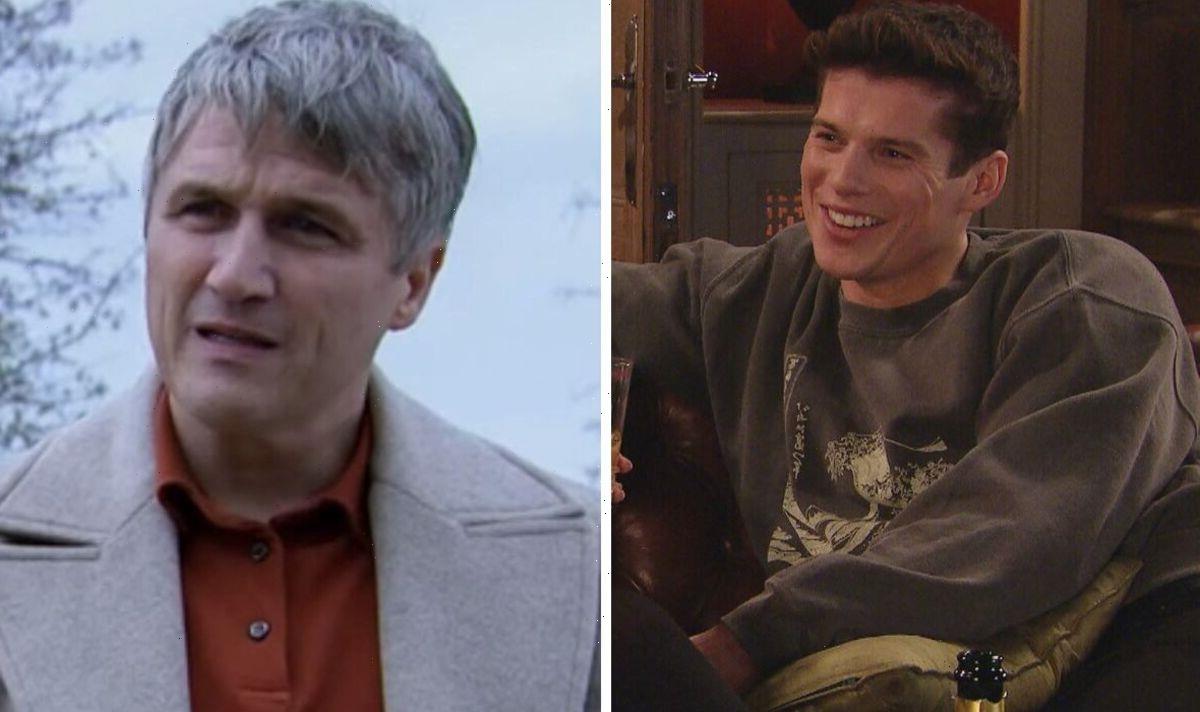 Thursday night’s instalment of Emmerdale saw bad boy Cain Dingle (played by Jeff Hordley) threaten to kill Caleb (Will Ash), and things seem to have been made worse when the newcomer ignored the mechanic’s stark warning. Although, Friday’s episode kicked off with Caleb paying Cain a visit at his work, and when the Dingle favourite expected them to fight it out, Caleb took him to lunch instead.

However, Cain ended up storming out, with Caleb chasing after him.

Although, in an unexpected twist, Caleb ended up threatening his half-brother.

“Noone is allowed to say anything bad about you, is that it?” Caleb asked as he followed Cain.

“You can say what you like, I am leaving because you bore me,” Cain hit back.

Caleb proceeded to taunt Cain by adding: “What a quitter you are. You know what? I am done, I’ll stop trying with you.”

“Doesn’t that make you feel better?” Cain asked. “Now there is no pressure to make us connect.”

“Need any help packing?” Cain quizzed as Caleb shut him down: “I am not packing.

“I’ll stop trying with you because you’re a lost cause but I wish you weren’t I really do.”

Cain grabbed Caleb by the collar, and the newcomer asked: “Is this you going through with your death threat?”

The newcomer then concluded the chat by threatening Cain.

He said: “Come on, Cain you’ve got a record. Could you really be so stupid as to put yourself back inside?

“Cain, just so you know, through a little bit of good luck and a lot of good judgement, I don’t have the tiniest blemish on my record.

“So if I end up doing something terrible to you, I’ll be walking away, you should bear that in mind.”

However, following the episode fans have come up with their own theories about how Cain and Caleb’s storyline will play out.

Some believe Caleb will go missing and Cain will take the fall, while others are questioning the newcomer’s identity.

One eagle-eyed fan has even linked him to newcomer Nicky (Lewis Cope).

Taking to Twitter to share their thoughts, Sam Norris predicted: “JUST A THEORY: I’m starting to think that Nicky the Nanny at Home Farm on @emmerdale may actually be Caleb’s son. #Caleb #Nicky #HomeFarm #Emmerdale.” (sic)

“I realise he’ll probably turn out to be an axe murderer, but I am liking Caleb a lot Emmerdale,” @katewaugh added.

“I reckon but if fisticuffs then Cain will come back and Caleb will go missing (on purpose) meaning Cain is in trouble with the police. Again,” Vicky theorised.

Some fans think Caleb could be an undercover cop or working as a barrister.

Glenn tweeted: “Still believe that Caleb is someone who works in Chambers; like a Barrister or Lawyer, for example. He appears to know people, drives a very nice Bentley and dresses well.” (sic)

Maggie said: “Well he carries a criminal lawyers card with him so I would suggest he’s a criminal. However, Emmerdale probably will have him a well-heeled, educated barrister that’s why he hasn’t knocked Cain out. Cain has never matured, still a thug who knows it all.” (sic)