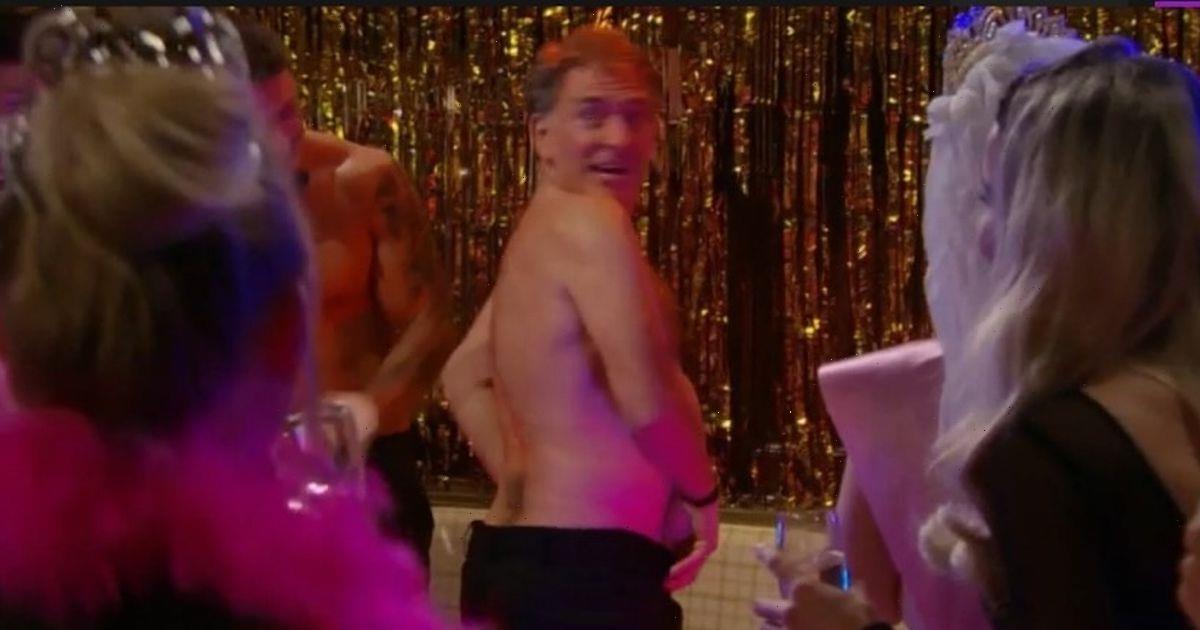 Emmerdale's Bob Hope actor, Tony Audenshaw, revealed that he "had to lose two stone" for a steamy stripping scene in the Woolpack.

Speaking on the Emmerdale 50th anniversary documentary on Sunday night (October 16), he revealed that that he felt like he had to lose two stone because he was stripping down to his boxers on the television.

Worried about how the nation would perceive his body while slathered in oil, Anthony admitted that he felt a little self-conscious.

"Ugh, I remember being in the canteen and somebody coming up and saying 'for this stripping storyline' and you're like 'oh, you don't know what shape you're going to be'.

"You've got like three weeks to try and lose two stone."

But he went on to say how when it aired six weeks after filming, he had almost forgotten all about it and had people reminding him.

In the scene Bob was stripping off in the pub in the name of somebody's hen-do.

Looking as though he was having a whirl of a time, Bob was dancing the night away while topless.

Grinning like a Cheshire cat, Bob ripped his trousers off to reveal his boxers.

While stripping, Charity Dingle could be heard saying: "I didn't know he had it in him," while looking flustered.

Someone else could then be heard saying that they thought he looked "quite hot", while his daughter Carly Hope then said: "I'm so embarrassed."

Bob Hope has been a beloved character in Emmerdale since the early noughties.

His career kick-started in the Channel 4 soap opera Brookside, in which he starred from 1994 to 1996.

Then in 2000, he began portraying the role of Bob in Emmerdale – who happens to be the most married man in the soap opera.

In the soap Bob has been married eight times, meaning he's said "I Do" more times than you can count on one hand.

The documentary Antony starred in aired on the same night as Emmerdale's 50th anniversary and special episode.

Tonight in 2022, the soap will air an hour-long special of the programme to commemorate the milestone.