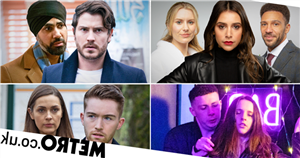 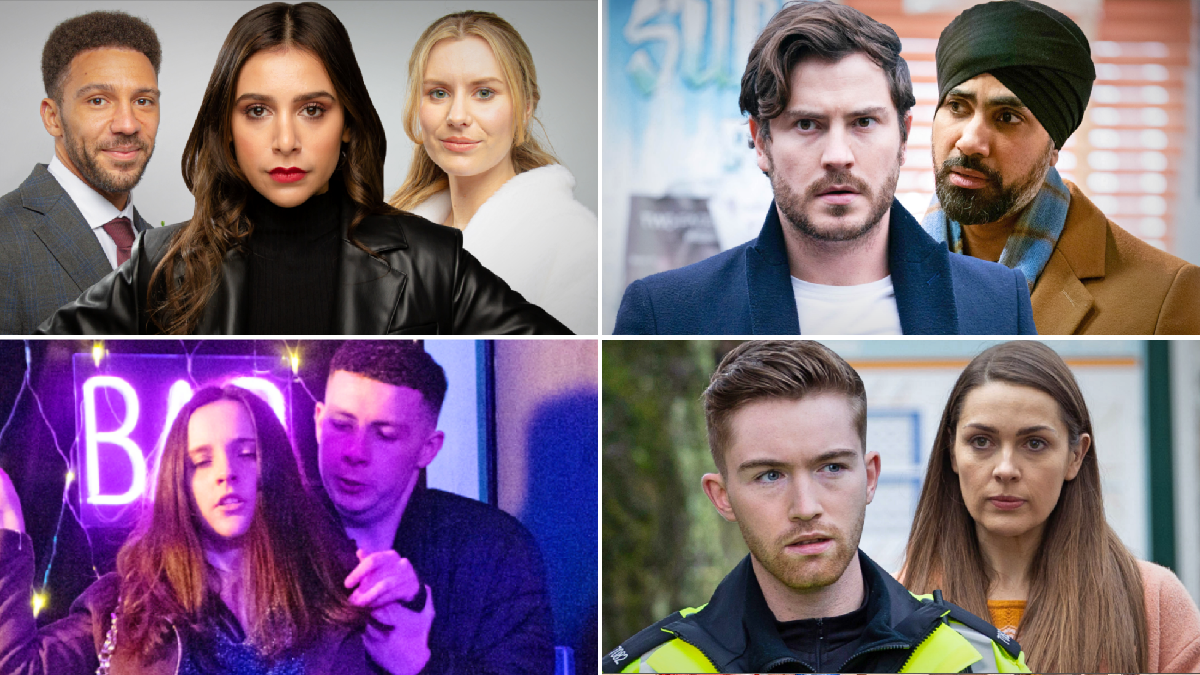 Valentine’s Day might be on the cards, but it won’t be love you smell in the air in soapland – it will be fear!

A number of huge developments are on the menu next week, the biggest of course being the return of Emmerdale killer Meena Jutla, who crashes Billy Fletcher and Dawn Taylor’s wedding.

The murderer is hellbent on claiming yet another victim, but as a gunshot sounds, just whose blood will has spilled?

EastEnders’ evil Gray Atkins gets a shock when he receives an email from ‘Chantelle’, and Coronation Street’s Amy Barlow collapses on a night out with new beau Jacob Hay.

But just what has transpired?

If you’re on the hunt for brand new soap spoilers, then look no more, as we’re serving them up right now, hot off the presses.

After the Valentine’s Day dance, Amy, Asha, Summer and Aadi meet up with Jacob outside a club. Amy, however, becomes increasingly woozy and she ultimately collapses! Jacob puts Amy in the recovery position, and he reckons someone spiked her drink before she got to the club. Steve and Tracy stare at Amy’s seemingly lifeless body, and pin the blame on Jacob when they learn that her blood tests reveal that she’s taken GHB. Jacob reveals that he and Amy are together, and war ensues.

David is shocked by what happened to Amy, and he subsequently tells Max that until they find the person responsible, he’ll be studying at home in a safe environment. Max is visibly shaken, and things take an interesting turn when Daniel asks him to download the footage of the dance for the police.

Lydia opens a gift bag and pulls out some lingerie, pretending it’s a gift from her ex. She claims that she’s confused by his mixed messages. Adam, meanwhile, calls Sarah and cancels their Valentine’s date.

Gray is horrified when he receives an email from ‘Chantelle’. He’s determined to find out who is trolling him, but he opens the door to a chilling discovery, as Kheerat watches on. Kheerat is enjoying messing with Gray’s head, while Gray begins to suspect that Mitch and Whitney are behind his online nightmare. Soon enough, he accuses Whitney on the street!

Dotty’s birthday arrives, but she has other things on her mind. It’s the anniversary of Nick’s death, and she’s struggling. Vinny surprises her with a birthday party, but Dotty accuses him of trying to embarrass her. When Mitch picks up the flowers she left for her dad, she drunkenly hurls abuse at him. Rocky watches on, offering to help, but Dotty isn’t interested. Vinny and Rocky, however, later find her unconscious.

Sharon is disappointed to find out that Jada isn’t doing more than sweeping at the salon. Denise explains that it’s due to regulations. Sharon, however, reckons there’s more to it than that, so Denise snidely suggests Jada use Sharon as her guinea pig!

Dawn and Billy’s wedding day arrives, and everyone is on cloud nine. The bride walks down the aisle, delighted to be marrying her one true love. The duo exchange their vows, and the congregation erupt with joy. But afterwards, Billy and Dawn are nowhere to be seen, and they fail to turn up for their reception.

Meena taunts the happy couple with a gun at a remote viaduct! In disturbing scenes, she orders Billy to save either himself or Dawn, making clear that she will murder them both if he fails to decide. Billy chooses Dawn, and thus Meena points the gun and fires! Someone has been shot. But who?

Will and the wedding guests grow concerned about Billy and Dawn, and soon enough, they come to realise that Meena is back in the village. Afterwards, one more life hangs in the balance, as the dramatic week continues. But has Meena’s luck at last run out?

Ethan demands thar Ste and Sienna explain themselves after he overhears a suspicious conversation. Ste, however, wants out and he plans to go to the police. Ethan, desperate too keep him quiet, decides to fill him in on the truth about Maya, but he’s unaware that policeman nephew Sam is listening to their conversation!

The Maaliks fail to notice how much Imran is struggling with being kept out of the loop from his family’s drama, and, feeling left out, he drunkenly crashes the meal for Aunty Kameela’s birthday.

The residents of the eponymous village say goodbye to Celeste in emotional scenes. Grace offers The Loft as the venue for the wake. DeMarcus, meanwhile, dishes out some words of encouragement, and the theme of unconditional love is echoed through the speeches given at her funeral.