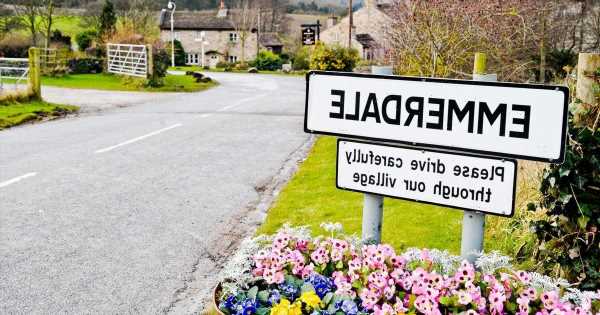 Emmerdale has unveiled the devastating aftermath to the village after the deadly storm week amid the hit ITV soap's 50th anniversary stunt week.

Earlier this week, fans were left devastated on Monday night as Harriet Finch died after she was caught in a deadly storm explosion with Kim Tate.

While viewers were left sobbing on Wednesday night as Liv Flaherty died after being crushed by a caravan during the terrifying storm.

During Thursday's episode, it showed the devastating aftermath to the Dales after the deadly storm week as the village was left changed forever.

Elsewhere during the latest instalment, the ITV soap hinted that another villager could be dead as it was revealed that Samson Dingle was missing and had never returned home.

During the scenes, Belle Dingle arrived at Wishing Well Cottage to give Zak Dingle an update about his son, Sam Dingle, after his graphic tractor spiking accident.

Revealing that he had survived the injury and operation, Belle went to go get Sam's son, Samson Dingle, to tell him the good news to which Zak said he was already at the hospital.

However, Belle was left confused as no one had mentioned Samson was at the hospital so she headed up to his bedroom to see if she could find the teenager.

To which Belle said: "I don't even think he's been home, when did you last see him?" as she then texted his mobile.

The scene then cut to an empty field as Samson's mobile was seen smashed and abandoned on the floor, hinting at grave danger for the missing character.