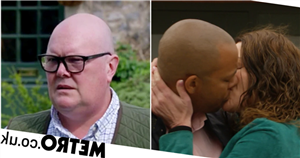 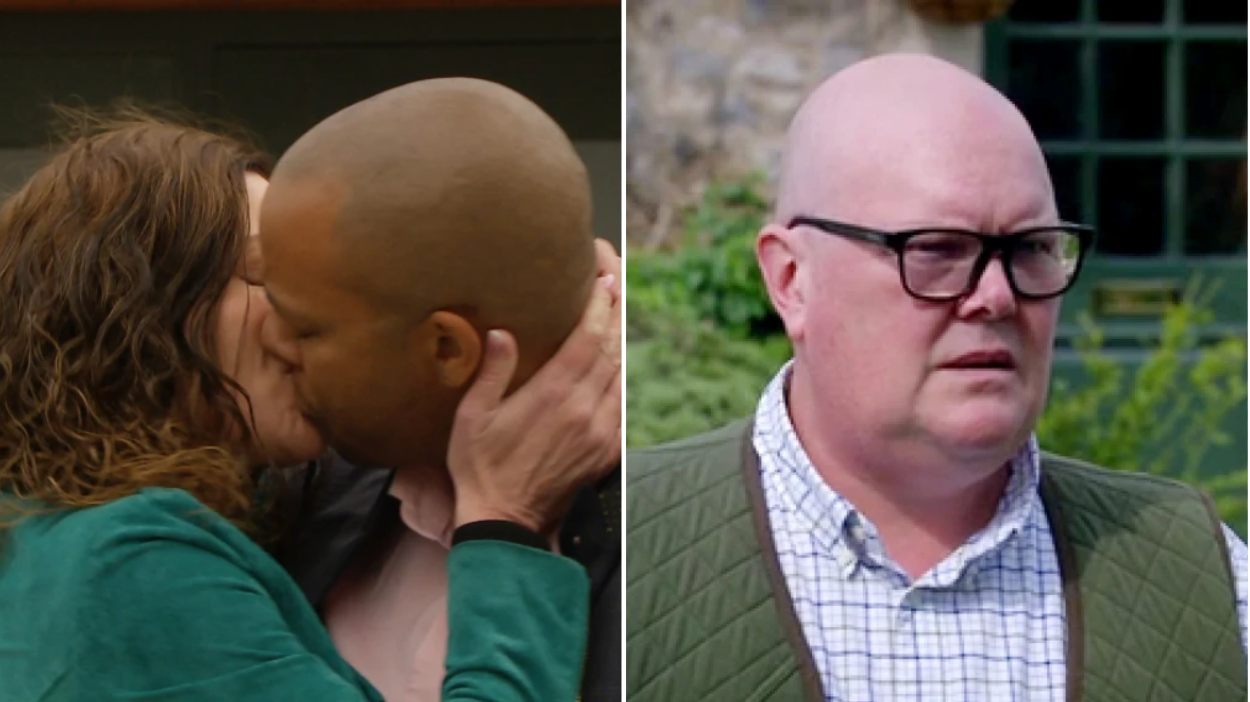 Emmerdale fans are watching Paddy Kirk (Dominic Brunt) with sadness in their hearts, knowing he will inevitably discover Chas Dingle (Lucy Pargeter) has been having an affair with Al Chapman (Michael Wildman).

In a storyline we’re still struggling to get our heads round, Chas and Al initially agreed to meet up for sex and only sex.

Recently, however, it became clear they had started developing feelings for each other.

As Chas continues sneaking around, poor Paddy has no idea what is going on, believing his wife’s excuses of having a headache or wanting to go for a walk when she disappears for hours.

When it comes to a soap, we all know that secrets will not stay hidden for long so of course, Paddy will soon find out what Chas and Al have been up to and for Dominic Brunt, he’s already got an idea of how he’d like those scenes to play out.

‘I hope he finds out she’s having an affair first, then its revealed separately it’s with Al because that’s the most shocking thing. Of all the people!’, he told Inside Soap Magazine.

‘Paddy and Chas nearly lost everything because of him, and he tried to blackmail Paddy. The story has been sitting there waiting, and I can’t wait for it to come out.’

Joining Dominic Brunt for the interview was Lisa Riley, who plays Mandy Dingle.

Discussing Mandy’s involvement in this storyline, she teased: ‘I’m sure Mandy will be Paddy’s duvet in his time of need, she’ll no doubt look after him. And Aaron is likely to be involved as he’s back in time for our 50th anniversary in October.’

Reflecting on Mandy and Paddy’s history and whether they could ever reunite, Dominic added:

‘I like the fact it’s dangled like a carrot, every so often there’s a little look we hold, or you feel something between them.

‘Personally, I don’t think they ever will, but Paddy never stopped loving Mandy.’

You can vote in the Inside Soap Awards by following this link. The latest issue of Inside Soap is available to buy in store and online.