Tonight’s double bill of Emmerdale was dramatic to say the least, and there was a major twist in the Maya Stepney (played by Louisa Clein) storyline, where it turned out Leyla Harding (Roxy Shahidi) had been lying about what really happened to her on the ITV soap.

But as Leyla, Tracy Metcalfe (Amy Walsh) and Priya Sharma (Fiona Wade) all returned home, traumatised from the events of the evening and heading inside, viewers were then panned across to Victoria’s (Isabel Hodgins) cottage in the village.

In another unexpected twist, it was revealed had gone home from the club with her friend Amy Wyatt (Natalie Ann Jamieson), and had arrived back safe and sound – if a little bit drunk.

Fans watched as the sleepy chef peeled off her fake eyelashes in the mirror, as she began getting ready for bed.

All of a sudden, there was a brief shadow across one side of the screen, and it seemed Victoria had heard a noise.

The camera the  slowly zoomed out as Victoria could be heard talking to someone coming through her house.

“What are you doing here?” she asked, but there’s where the clue lies.

For one thing, Victoria didn’t seem frightened or worried to see the unexpected guest in her house.

In fact, the brunette seemed almost pleasantly surprised to hear the mystery character’s voice – is this because she knows them? Could they be someone from the village, or even a friend?

Viewers will remember Victoria had in fact been enjoying flirting with one man during the night out, and Amy had been getting close to his friend. 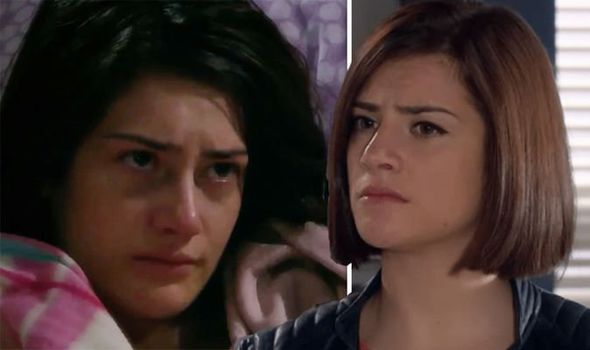 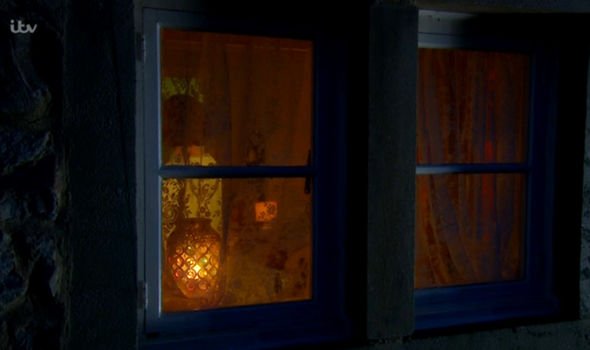 What are you doing here?

Amy later revealed she had “binned him off”, but it wasn’t explained where the other unaccounted for man had disappeared to.

Yet while many will be expecting Victoria’s rapists to be this person, how did they know where she lived?

It’s likely if this was to be the case, the man would somehow have had to follow Victoria all the way home.

Will all be explained in the latest storyline twist?

Also during tonight’s episodes, it was revealed Leyla’s fight with Maya didn’t actually end up the way she’d believed. 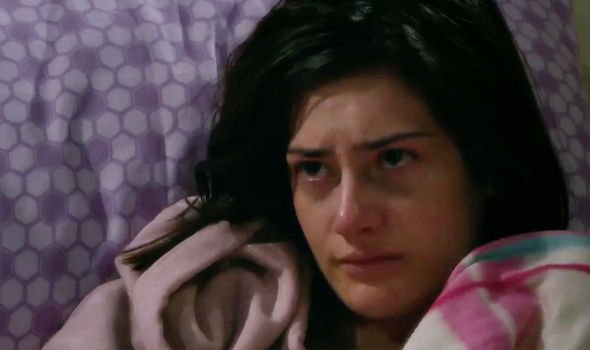 In fact, Maya survived her ordeal and managed to meet up with teenager Jacob Gallagher (Joe-Warren Plant) instead.

“I wouldn’t worry about that, I’ll probably be arrested in the morning I expect,” Maya replied.

“Then we run. We’ve got nothing to lose now. They think I’m in Portugal. I’ll tell Leyla that I got on the plane and my mum that I didn’t,” the teenager continued, but Maya wasn’t convinced and begged him to tell her if this was what he truly wanted.

“I want you to be safe Maya, and us to be together,” he said. “That’s all that matters isn’t it?”