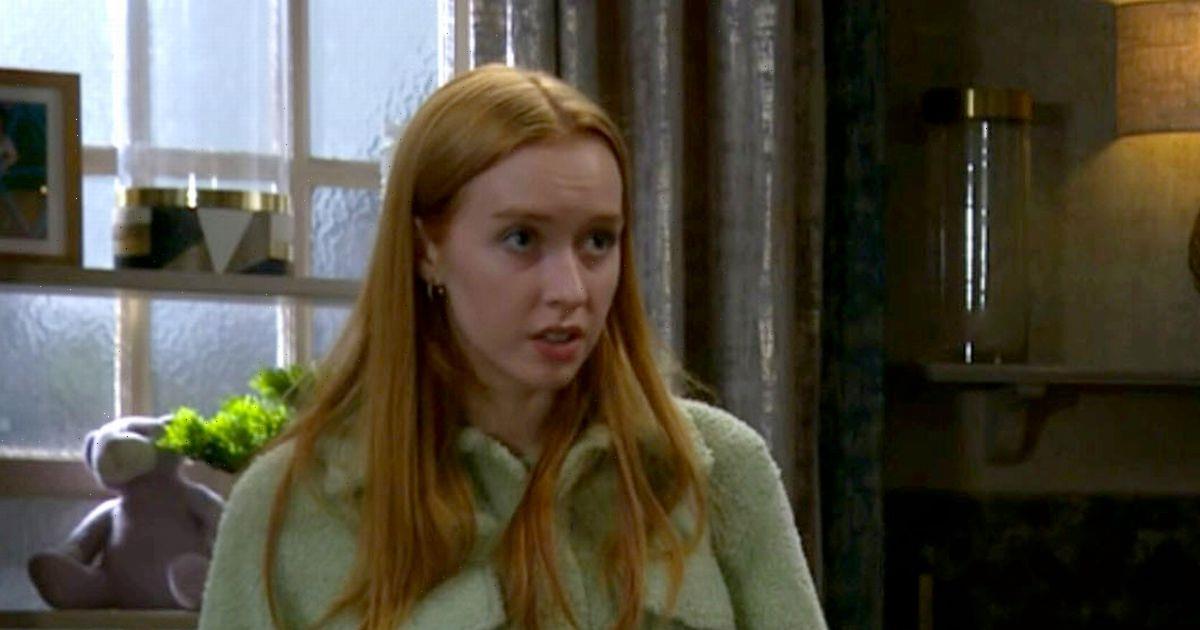 ITV's Emmerdale will kick start the New Year with a bang as tensions begin to escalate in the village.

Even though he longs to secretly help her, he's left petrified when his girlfriend Charity Dingle agrees for Chloe to move into their home.

Elsewhere, Moira Barton is not in a great place when the police call her and others in for questioning regarding Al Chapman's death.

But will Kyle Winchester let the cat out of the bag?

And tensions rise for Naomi Walters when Rhona Dingle is forced to have a word with her.

Mackenzie is left feeling on edge when Sarah arrives with news of Chloe collapsing and being rushed to hospital.

Chloe’s surprised when Sarah decides to bring Mack and Charity along to the hospital with her and while there, Mackenzie’s guilt builds as he listens to the hardships Chloe has been through.

Finding a quiet moment alone with Chloe, Mackenzie tries to assure her he’ll do what he can to support her and the baby, regardless of his situation.

The following day, Mackenzie shows signs of resistance when his pal Nate suggests he may want more to do with his baby with Chloe than he’s currently letting on.

Meanwhile Charity wonders what’s afoot when Sarah determinedly plans an out for Chloe.

Back at the hospital, Chloe gets ready to be discharged but is feeling uneasy when Charity and Sarah offer to take her home with them.

Insistent Charity and Sarah won’t take no for an answer when Chloe tries to wriggle out of living with them and before long Mack struggles to hide his panic when he sees Chloe has moved in.

Soon, Mackenzie does his best to oust Chloe from the house but will his attempts backfire now that everything is too close for comfort?

Amy becomes increasingly concerned when a police officer approaches her.

While at Butler’s Farm, Moira is also confronted by the police and, at Jacobs Fold, her brother Mackenzie is alarmed when the police want to take him to the station to answer some questions too.

In a police interview room, Moira sticks to her story when DS Malik continually questions her regarding her trip away with Kyle.

Mack also remains tight-lipped in his interview when DS Malik presses him for information on Kyle.

Meanwhile a panicked Amy desperately tries to stick to the line as her police interview continues.

A nervous is Matty too is rattled when DS Malik reminds him of the serious consequences of perverting the course of justice.

Later, Matty, Moira, Amy and Mackenzie regroup at Butler's Farm after their intense afternoon at the police station being questioned.

The pressure begins to mount when they soon realise how high the stakes are for everybody and the ramifications they could all potentially face.

Caleb knows just how high the stakes are but is defensive when Amy and Moira question his methods and what he's planning to do.

Elsewhere, Moira’s relieved to be back on speaking terms when Cain arranges a call for that afternoon.

But when DS Malik arrives at Butlers, to bring an anxious Kyle back in for questioning once again and things quickly take a turn for the worse when Kyle reaffirms that it was he who killed Al.

When Naomi arrives late for work at the Woolpack, it’s evident there’s still tension between her and Rhona.

Meanwhile, Marshall arrives at the cafe and gets into an argument with April, as a result April ends up punching him.

But things go from bad to worse for Rhona when she discovers April hasn’t just punched someone but has also secretly went and got a piercing.

With Nicola in her ear, Rhona starts to worry about Naomi’s bad influence on April and soon feels forced to confront Naomi about her influence over April.

Their argument ends in a physical altercation and Rhona’s livid when Marlon doesn’t take her side.

The next day, Rhona attempts to make peace with April by planning a surprise 80s themed party.

But when Naomi arrives to find Charity asking Rhona about her, she’s left dreading what’s in store for her.

When April tells Rhona and Marlon that the belly button piercing was her own idea, Rhona is faced with a tough decision on what to do next.

For more of the latest showbiz news from Daily Star, make sure you sign up to one of our newsletters here