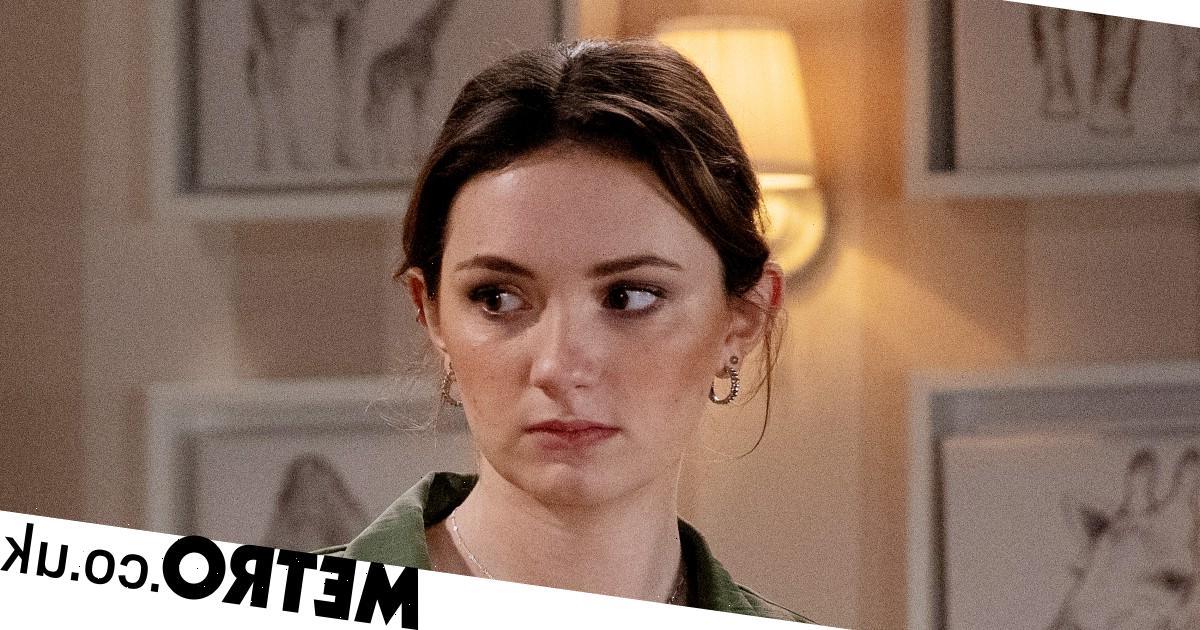 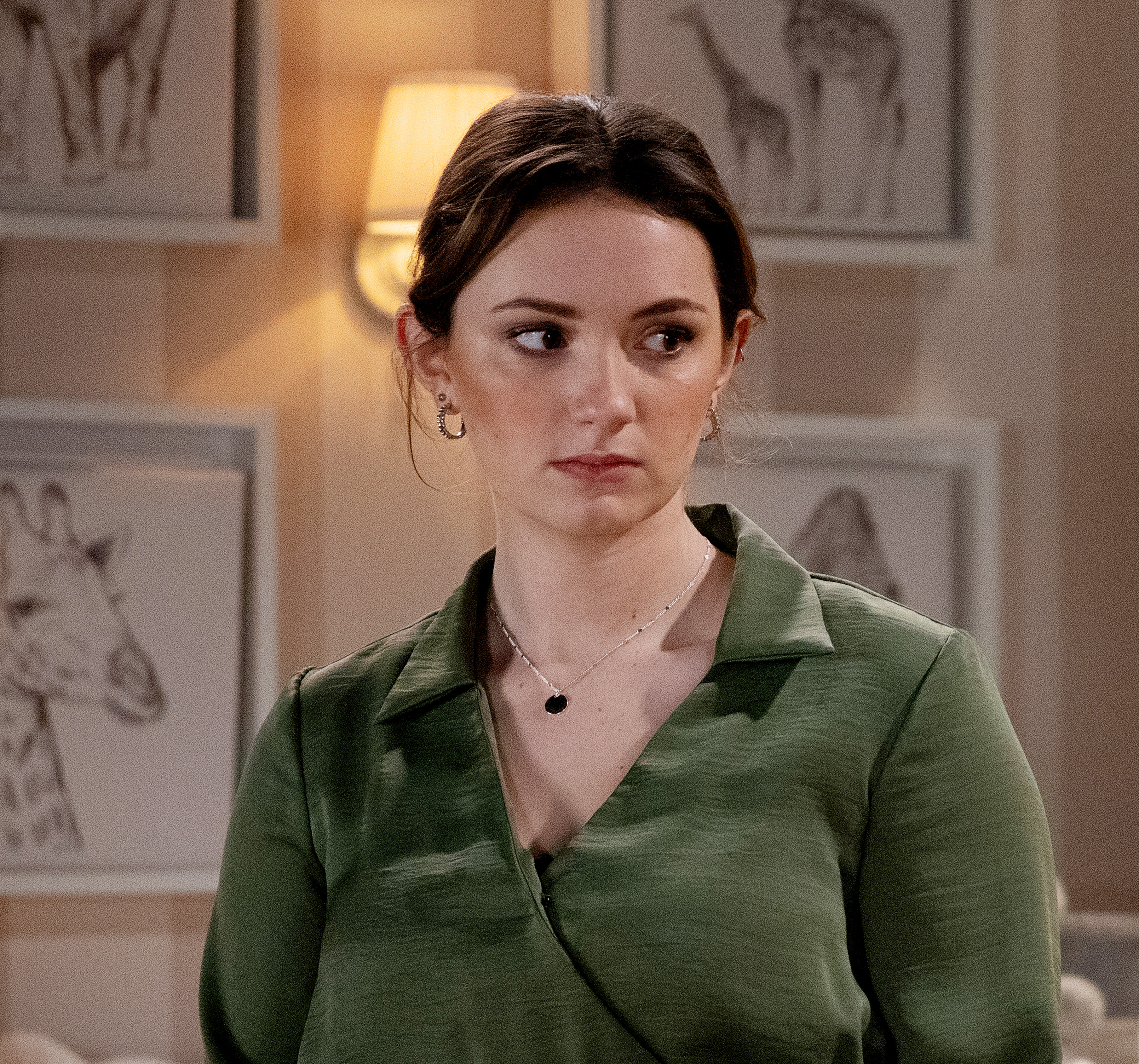 Rosie Bentham has spoken out about her latest Emmerdale storyline, revealing that her character Gabby Thomas believes the father of her child, Jamie Tate, is well and truly dead.

Viewers will remember that Jamie (Alexander Lincoln) was seemingly killed off last year after driving his car into the lake following a near collision with Chas Dingle’s (Lucy Pargeter) own car on the road.

For some time, Jamie’s mum Kim Tate (Claire King) was convinced her devious son was alive and well and had faked his death, but eventually she came to accept that he was gone.

Then, after Jamie’s ex-wife Andrea Tate (Anna Nightingale) was murdered by evil Meena Jutla (Paige Sandhu), their young daughter Millie (Willow Bell) left the village with grandmother Hazel (Kate Anthony) to be greeted by none other than a living, breathing Jamie. Kim was correct after all – like mother, like son!

Since then, villagers have remained none the wiser to Jamie’s scheme, but could that all be set to change as Gabby holds a christening for baby son Thomas?

Speaking to Metro.co.uk and other media, Rosie Bentham explained Gabby’s current stance on Jamie’s fate. ‘I think she is now sure he is dead,’ she said.

‘That whole thing was such a rollercoaster of Kim going insane about whether he’s alive, whether he’s dead, and Gabby watched what she was doing with Millie, confusing a child like that, and Gabby was just like “look, it’s just not fair, he’s dead. We haven’t seen him, we haven’t heard of him.” She gave birth without him; now it’s got to the point, she’s had this chat with Dawn and she knows now that Jamie did not have feelings for her.’

‘She’s gone through all of this, and I think she’s just got to the point now where she’s just like “he’s dead, he’s forgotten, let’s just move on from it”. The birth and pregnancy were such a rollercoaster, her life has now just got peaceful, and then the christening event happens, and it all goes crazy.’

Yes, we can reveal that as the day of the christening arrives, Gabby is distracted by a huge shock. But exactly what happens is being kept under wraps for now. However, Rosie did tease that viewers will be left just as stunned as Gabby.

‘I know the audience are going to be really, really shocked. Yeah, it’s really, really interesting, and what’s to come from it. It’s left quite open about what’s going to happen.

‘I can’t wait to read people’s reactions as well!’