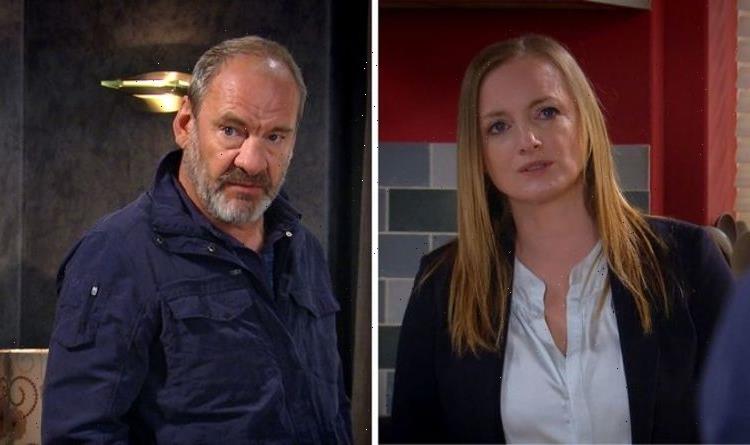 In scenes due to air next week in Emmerdale, things are set to go from bad to worse for Nicola King (played by Nicola Wheeler) after Jimmy (Nick Miles) doesn’t tell her about his plea hearing. Nicola’s marriage to Jimmy has been on the rocks following his truck crash and death of Paul Ashdale (Reece Dinsdale). After being charged with Paul’s death by dangerous driving, the businessman decided to plead guilty which led him to make a major decision over his son Carl’s future. And the couple seems to drift even further apart on the ITV soap when Nicola is unable to attend Jimmy’s plea hearing.

When Mandy Dingle (Lisa Riley) overhears that Jimmy is planning on pleading guilty in court, she is hellbent on changing his mind.

She tries to get him to realise that him going to prison won’t help fix anything and it certainly won’t help his family.

When she realises Nicola was unable to go to Jimmy’s trial, she steps in to accompany him, so he doesn’t have to be alone.

Elsewhere, Nicola confides in her half-sister Bernice Blackstock (Samantha Giles) about what she should do about Jimmy and her marriage. 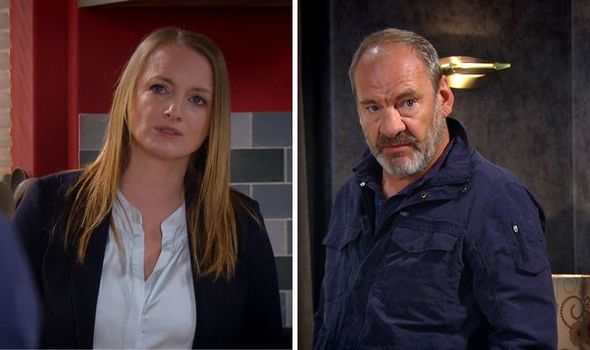 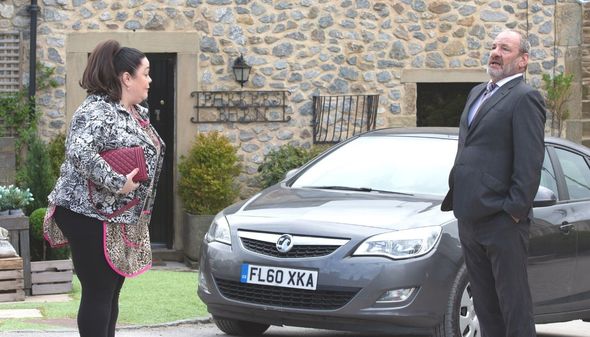 Mackenzie Boyd (Lawrence Robb) later flirts with Nicola, as he informs her he will always be an option.

Nicola soon gets glammed up as she appears to make a move on Mack at the scrapyard.

Nicola isn’t the only one whose attention is elsewhere, as after the hearing he goes to see Mandy to confess his true feelings for her.

He tells her that his feelings run deeper than friendship and that he wants more. 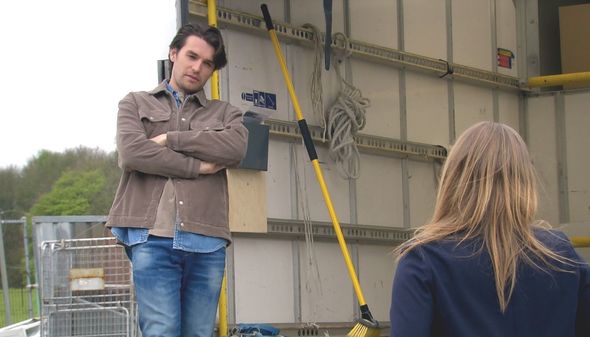 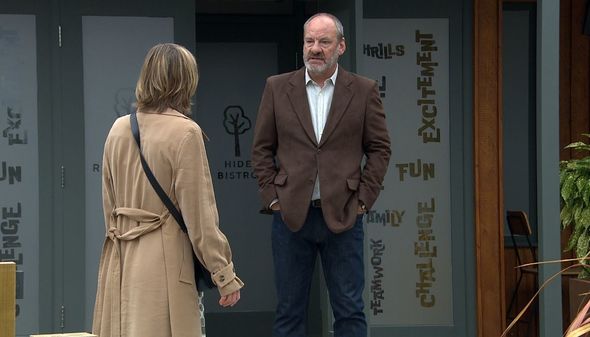 A shocked Mandy does the right thing and urges Jimmy to go and fight for his relationship with Nicola.

As he regretfully goes home, Jimmy arrives to Nicola and Juliette, the mother of his son having a heated row.

Things soon take an unexpected turn when Jimmy seems to take Juliette’s side.

In the end, Jimmy tells his wife that he wants to move out which devastates Nicola even more.

Will Nicola fight for her marriage or will she cut her losses and leave the village for good? The question is will she take Mack with her?

Meanwhile, Kim Tate (Claire King) is growing more suspicious and paranoid after she held a dinner party with those closest to her.

When Will Taylor (Dean Andrews) makes a business pitch, Kim thinks he has an ulterior motive.

Kim’s son Jamie Tate (Alexander Lincoln) confronts his mum over her odd behaviour after he discovers her hidden camera at Home Farm.

Kim eventually comes clean with her son and she tells him that someone is drugging her.

Also, despite only having been back in the village for a short while, Bernice has already stirred up trouble by getting on the wrong side of Leyla Harding (Roxy Shahidi).

Dr Liam Cavanagh (Jonny McPherson), who was engaged to Bernice at the time, seemed to struggle with the long-distance relationship and the pair soon broke things off.

Now that Bernice has returned to the Dales she’s found her ex Liam is now engaged to Leyla and there’s friction between the trio.

But, with Liam’s wedding on the horizon, will Bernice try and stop it?