DI Malone (played by Mark Womack) showed just how sinister he could be earlier this week after Dawn Taylor (Olivia Bromley) uncovered his affair with Harriet Finch (Katherine Dow Blyton). He took a bag of heroin to the ex-addict’s house hoping her death would look like an overdose, but when Harriet realised what had happened she knocked him unconscious. Dawn then shot the dodgy copper in the chest. However, fans have now hit out at Emmerdale, for the ‘stupid’ way Harriet tried to dispose of the body as well as the fact, no resident heard the gunshot.

After months of terrorising the Taylor and Dingle family, DI Malone finally got what was coming for him.

In a moment of desperation, Dawn shot Malone with his own gun, killing him on the spot.

Rather than call the police though, Harriet decided she knew how to take care of the dead body.

The ex-policewoman immediately set to cleaning the scene before rolling Malone up in the rug. 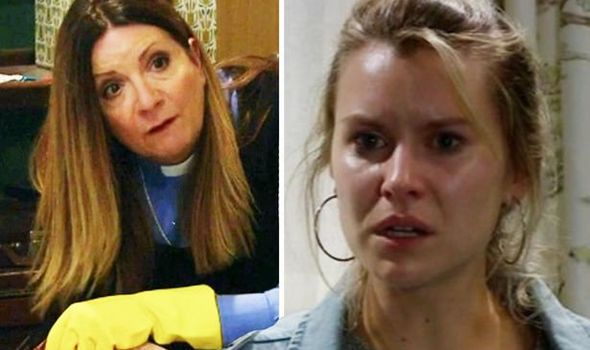 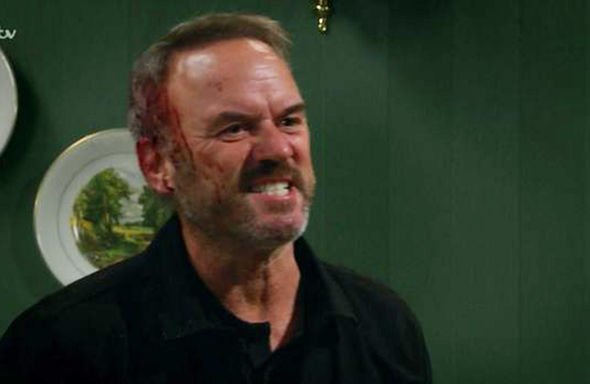 Harriet donned her yellow marigolds and after securing the body in the rug, proceeded to drag it outside, in the broad daylight.

But fans were horrified when she dragged him down the driveway, without anyone noticing.

And also completely confused why no one heard the gunshot.

“Did the neighbours not hear the gunshots?” One person tweeted. 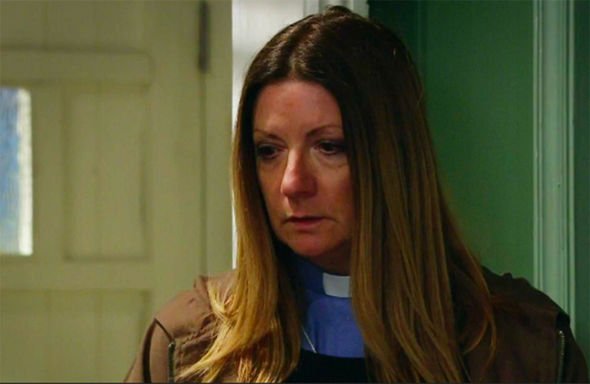 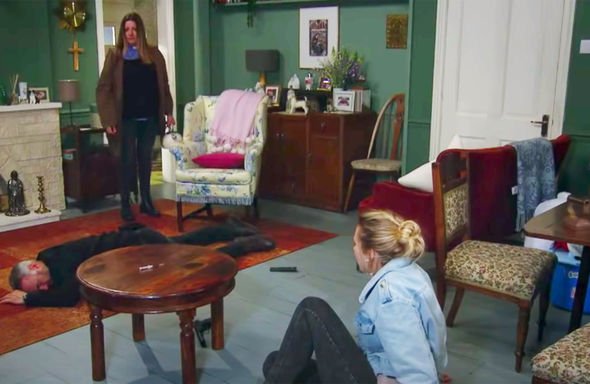 Another said: “It amazes everyone how nobody heard the gunshots #Emmerdale.”

“#emmerdale Nobody heard the gunshots???? #emmerdale,” A third asked.

Quickly followed by: “I’m sure the neighbours would be banging on the walls by now! #emmerdale.”

But, what about the fact they were moving a body in a small village in broad daylight?

“Am I the only only one who’s laughing at Harriet pulling that rug with Malone’s body in across the carpet #Emmerdale.” One viewer said.

Another added: “Well they are very discreet LOL  #emmerdale.

And a third said: “Has Harriet actually lost her mind? #emmerdale.”

The two women were able to get Malone into the boot for Harriet to transport him to where she wanted to bury him.

But, how will this chapter finally end?

If Dawn is sent to prison, she will lose little Lucas for good after months of working to prove she is a good mother to social services.

And, Harriet could lose even more than she already has, all to protect Dawn.

Will they be able to dispose of Malone’s body before anyone catches them?

Emmerdale airs on ITV Mondays, Wednesdays and Fridays at 7pm.