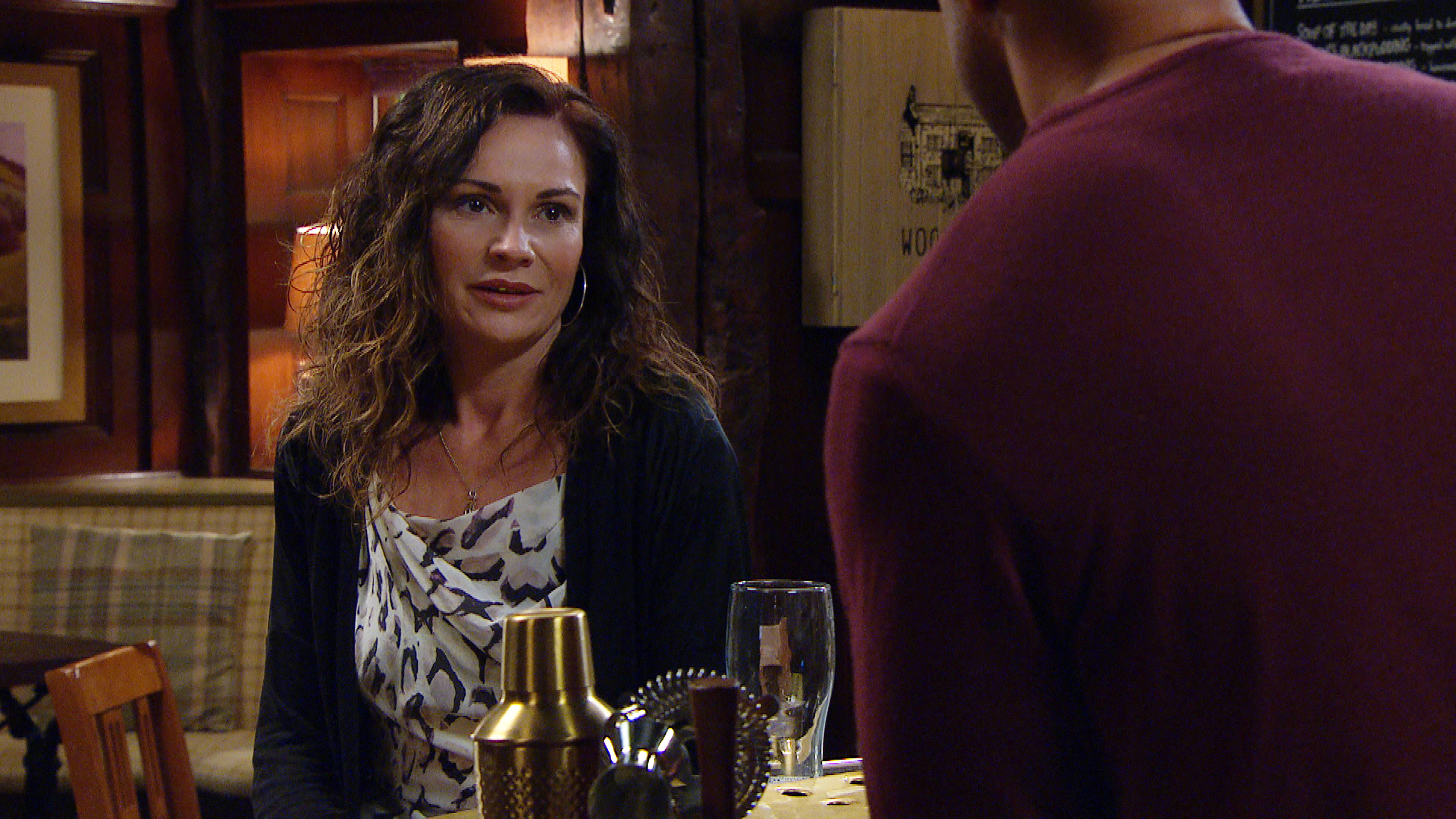 Al Chapman (Michael Wildman) has never made a secret of his desire to seduce Chas Dingle (Lucy Pargeter) in Emmerdale and the sleazy businessman is set to harass Chas even further, despite her relationship with Paddy Kirk (Dominic Brunt).

Al is playing games and has invested into the Woolpack in order to betray Chas and have it demolished for new properties but he can’t resist making a play for the landlady.

And Paddy could be left heartbroken.

Dom told Metro.co.uk recently: ‘I think losing Chas to Al is Paddy’s ultimate fear. I think he would put up a massive fight. Maybe not a physical fight! Poor Paddy is overruled by Al.

‘He’s better looking, more intelligent, smarter dressed, into business, I think he thinks Al has so much more to offer Chas than he has.’

But would Chas really betray her much loved soulmate?

Emmerdale has teased a potential downfall for Al so perhaps his ploy isn’t going to work as he faces new obstacles in his plot.

A spokesperson said: ‘It’s the season of good will, but the underhanded Al Chapman goes sparing on dishing out any joy, particularly when he is feeling under so much pressure.

‘Will Al find a solution for his financial problems or could his world collapse?’

Kidnapping Al, how far is Cain prepared to go? Could this be the downfall for the corrupt businessman?

We know what Paddy will be rooting for!