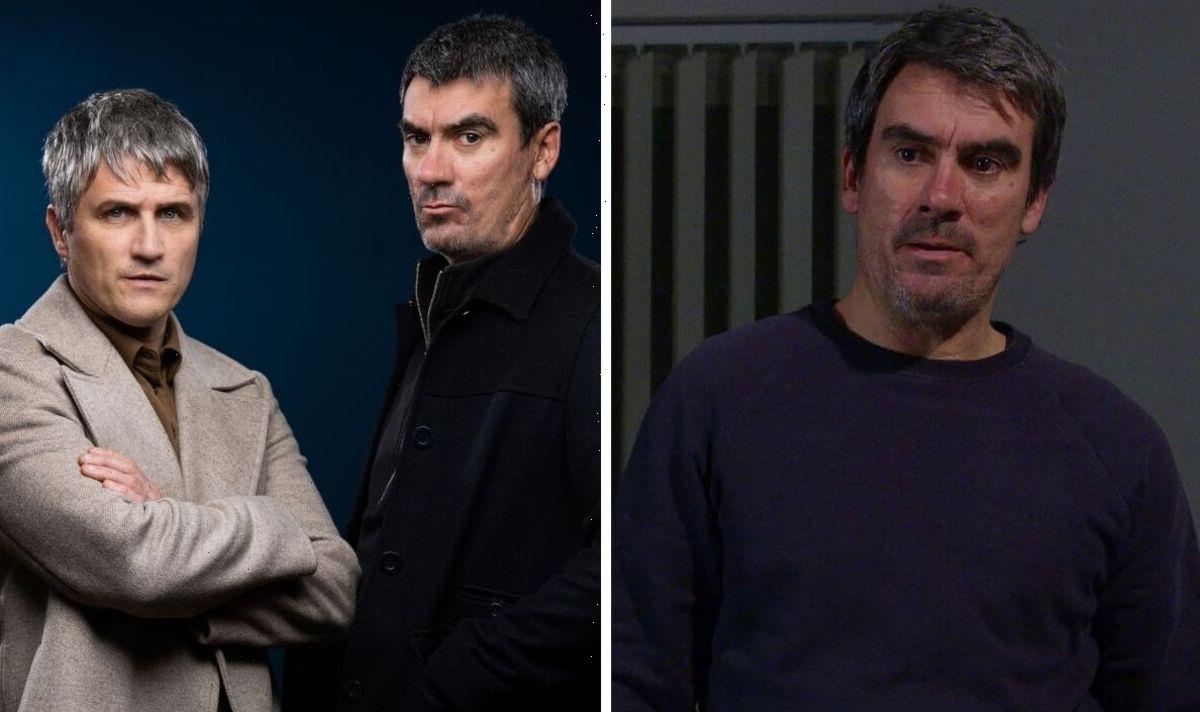 Emmerdale: Kerry walks in on Cain Dingle after Al's death

On Christmas Day, Cain Dingle (played by Jeff Hordley) will get a surprise visit in prison from his estranged half-brother (Will Ash). However, the Emmerdale newcomer could have revenge in mind after realising Cain had lied to him for 30 years. Their encounter isn’t the first time they have met, because when they were teenagers Cain turned Caleb away and told him their mum (Sally Dexter) had died.

However, Caleb searches for Cain after realising Faith had died more recently.

The mechanic is currently serving a prison sentence for the murder of Al Chapman (Michael Wildman).

Although, Cain is actually covering for his son, Kye Winchester (Huey Quinn), who is the real culprit for the killing.

During the visit, viewers will be given an insight into Cain and Caleb’s past.

In a flashback episode, Emmerdale fans will see the moment the pair met.

“You get to see a young Cain and Caleb when they first meet,” Jeff told Express.co.uk and other press.

“And that is his way of dealing with it so that’s why he said it to Caleb.”

Touching on Cain’s relationship with Caleb, the soap star added: “Cain does have a connection with him.

“He doesn’t like it but you can see that he also finds something he wants to connect with.”

Discussing his storyline and whether Caleb is out to get revenge on Cain, Will continued: “He comes in having this really kind of dark and tortured backstory of having been put into care as a child.

“And so when he was 16, he found Cain and tried to reconnect with his family and he’s told by Cain his mum is dead and to steer clear of the family.

“So he comes into it with a lot of bitterness and a lot of anger.”

He later continued: “Initially, when he comes in, even though he’s got an axe to grind with him, he wants to connect with his family.

“To connect with Cain and with Chas, he wants to have a relationship even though there is a kind of simmering resentment and bitterness.”

“Cain is still in prison and he will get a visit from his brother on Christmas Day,” she explained.

“I think viewers are going to fall in love with him and you’re going to meet him very soon.

“So when Caleb visits Cain in prison, we will discover that Cain knew Caleb exits and he’s known about him for 30 years.

“And on Boxing Day, we will rewind to 1992 and we will discover how Cain and Caleb first met, why Cain rejected him from his life and what was going on with Chas (Lucy Pargeter) at that point.”