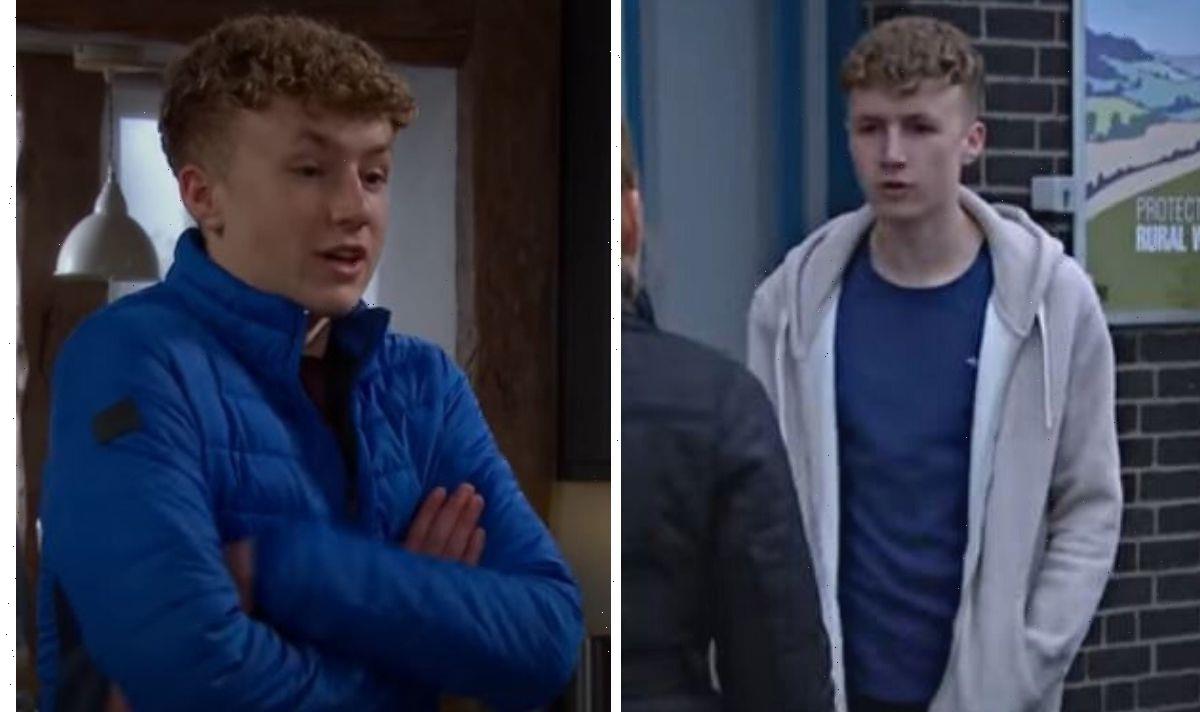 Noah (played by Jack Downham) terrified his mother Charity Dingle (Emma Atkins) when she discovered he was keeping his ex-girlfriend Chloe Harris (Jessie Elland) hostage after a period of stalking her. The Emmerdale youngster was initially convinced he hadn’t done anything wrong, but a sudden change of attitude has suggested to ITV viewers he has come up with a tragic plan. Many took to social media to speculate whether Noah could be about to take his own life.

His sudden change in attitude worried Emmerdale fans though, who have been left convinced he has a dark plan in mind.

Last week, after Charity called the police on her son, he was in disbelief that she wasn’t standing by him

“Mum’s meant to love me no matter what,” he told Cain Dingle (Jeff Hordley).

“She reckons that’s why she’s turned you in,” he replied.

“That’s because it happens to be the truth,” Charity chimed.

“Zak’s ( Steve Halliwell) never going to forgive you for this, no one is,” he yelled. “Our family, we don’t do police.”

“Oh right, reckon you’re above the law, do you?” Charity responded.

“I just want you to think long and hard about the person that you’ve become,” she pleaded with her son.

“I never would have hurt Chloe,” Noah protested. “I just thought that after all that maybe she would have loved me back.”

However, Thursday’s instalment indicated Noah had had a change of heart.

After pleading guilty in court, Noah made the risky move of visiting Chloe, where he said sorry for what he’d done.

He then told Charity he was visiting Samson Dingle (Sam Hall) but was clearly doing a runner from the Dales. What is he planning to do next?

His new attitude, coupled with his run away, has fans fearing the worst.

@BnmPlanet commented: “Noah I am getting bad vibes. Don’t do anything silly. #Emmerdale.”

@vivvybabe theorised: “Anyone else think Noah is going to end his life?! If he was doing a runner he wouldn’t be sending family texts trying to make up with people #Emmerdale.”

“#Emmerdale Noah isn’t going to do something stupid like top himself? He’s acting very strange,” @unsworth1live pointed out.

@Rozzy67 echoed this, sharing: “#Emmerdale Noah is saying his goodbyes, he’s gonna top himself isn’t he?”

Emmerdale continues on Friday at 7.30pm on ITV.

For help and advice on issues raised, please visit https://www.samaritans.org/how-we-can-help/contact-samaritan/ or call the Samaritans helpline on 116 123.