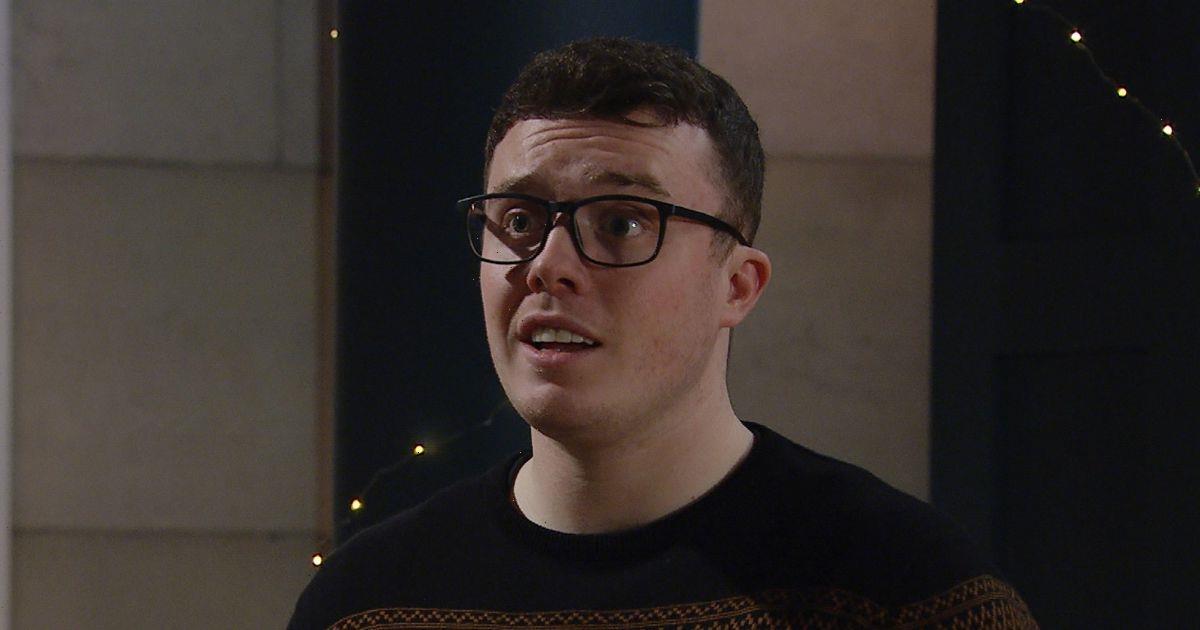 Emmerdale fans have been left fearing for their favourite Vinny Dingle after he recently married Liv Flaherty in sweet scenes.

Soap watchers will recall that earlier this year Vinny was held hostage in an abandoned barn with Manpreet Sharma by evil murderer Meena Jutla.

Viewers are now worried that Vinny could die in a devastating twist on the ITV soap due to an injury sustained during the chilling kidnap scenes.

Taking to social media, soap watchers predicted that Vinny could drop dead due to a slow bleed on the brain after he was attacked by Meena.

One person speculated: "He drops dead on the floor because of Meena he had a bleed on the brain."

A different account put: "He has a slow bleed on the brain from Meena hitting over the head and kicking him and it kills him. Hope it's not true would like to see a happy future for them."

While another viewer speculated: "Apparently a head injury from Meena. It flairs up."

It comes after fans were left in tears on Thursday's episode as Liv tied the knot with Vinny after eloping to Daventry.

During the instalment, the couple, who recently got secretly engaged, decided to get married without telling any of their family or loved ones.

Reading their vows in front of the registrar and two witnesses, who they randomly asked on the day, Vinny said: "You are my wife. I promise to be faithful to you. To love and to keep you safe.

"To be there to look after you when you need me, whatever life throws at us in the future. As long as we live, this is my solemn promise and I will, Liv."

While Liv sweetly added: "You are my husband. I promise to be faithful to you. To love and care for you. To protect and comfort you and make sure no one ever hurts you. And as long as we live, this is my solemn promise."

It comes as Emmerdale teased that Vinny's mother, Mandy Dingle, is set to be traumatised when she discovers that they have secretly got married.

The ITV soap, which is set to air at 7.30pm every weeknight from March 7 in a huge schedule shake-up, said in a spoiler: "With many of our much loved families at war, viewers can expect drama in the not so peaceful village of Emmerdale."

They added: "At the centre of village life, the Dingles are renowned for their feisty relationships and with The Woolpack and the B&B set to host special events on the same day the warring landladies take sides and create havoc in a battle of one-upmanship.

"Charity, played by Emma Atkins, and Lucy Pargeter as Chas, try their best to sabotage each other’s events and when they finally come face to face all hell breaks loose!

"Elsewhere in the village, Mandy (Lisa Riley) is traumatised to discover her only son has married his girlfriend Liv (Isobel Steele) without her knowledge.

"Vinny is (Bradley Johnson) guilt-ridden when Mandy explains that she feels betrayed and sees his secret wedding as completely disrespectful. Will Vinny and his new wife Liv be able to heal Mandy’s hurt?

"Even though her murdering sister is finally in custody, Manpreet (Rebecca Sarker) still isn’t safe. Desperate for Meena (Paige Sandhu) to confess to her horrific crimes, she pays her a visit. But will manipulative Meena find a way to take her sister down with her?

"Rhona (Zoe Henry) has always had a strained relationship with her mother Mary (Louise Jameson). Will her sudden arrival in the village heal their rift or only serve to escalate their estrangement?"

For all the latest cast updates and juicy Emmerdale spoilers, sign up to our daily OK! Newsletter . Emmerdale continues weekdays at 7pm on ITV.