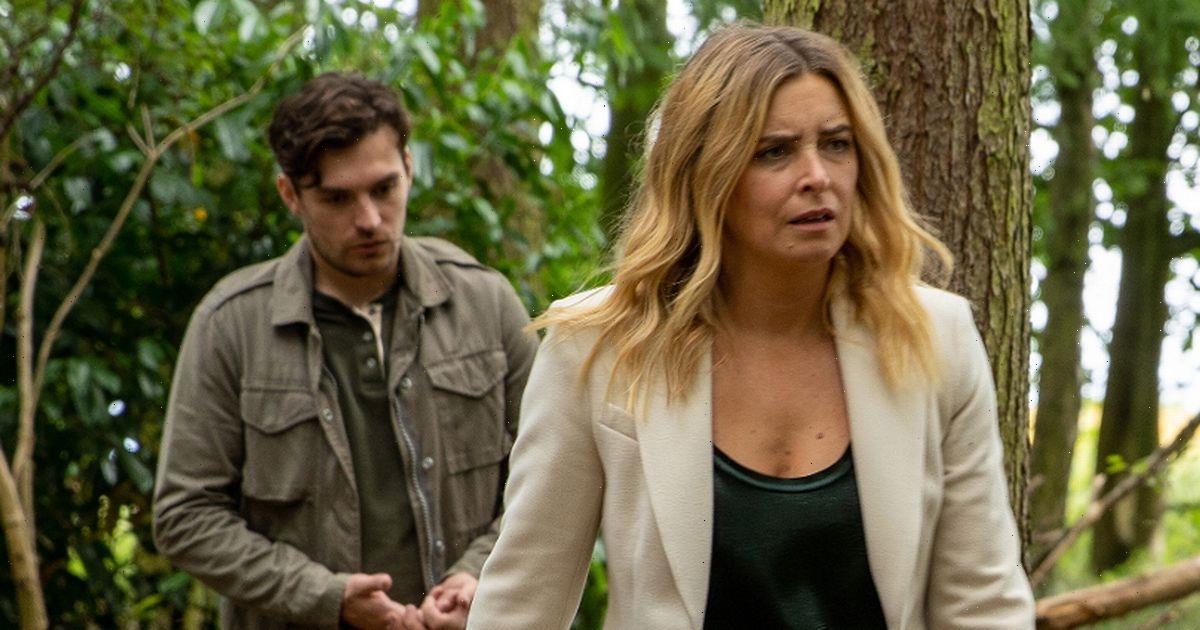 Emmerdale boss Jane Hudson has teased what viewers can expect from the ITV soap in 2023.

It's been a dramatic few weeks in the Dales as part of the 50th anniversary with four shocking character deaths and the destruction of the village due to the storm.

Speaking to press, including OK! , Jane said the Dingles will be the main focus in the New Year, teasing: "The Dingles are really kicking off 2023 with a bang. It's all going on for them!"

Here, we have a look at what soap fans can expect in the next few months…

Jane said: "We know that Mackenzie is the father of Chloe's baby. And again, another secret in the village that's probably not gonna be kept secret for long. And we have got a Charity and Mackenzie wedding on the cards, which will be happening next year.

"I think we all know weddings don't always go very smoothly and Chloe's baby will be due around the time of the wedding… So I think you can put the pieces together yourself and figure out what might happen somewhere around the wedding date and the birth date. It will be explosive for Charity and Mackenzie."

Jane said: "We're continuing our story with Paddy and Chas and how you navigate trying to be the best parents you can when your marriage has fallen to pieces and one of you has had an affair.

"We'll watch them both go on their journeys, and it will be very serious and quite heartbreaking as we watch what happens to what were one of our favourite couples until we tore them apart…"

Jane said: "Noah and Amelia have got their story going on, Amelia has had her baby and Noah is kind of being a surrogate father. Samson is going to be more devious than usual in terms of looking after himself and that will cause big arguments with his father. So they've got quite a big storyline going on."

Jane said: "We've got our other new actor, Lewis Cope, who is playing the nanny, the manny, at Home Farm. I think it's the first time Home Farm has had a nanny.

"So there's lots of fun in store for Nicky and Gabby as we watch their fledgling romance. Like any good story, there will be a few reveals along the way."

Jane said: "We've also got Bernice's menopause story. We like to do stories that resonate with a lot of our viewers. And not just females, men as well.

"I think it is important that men know about menopause as it is women. So we will have that story and Samantha Giles does it brilliantly because she manages to put humour into something that is really quite hard, sad and difficult.

"So we really get to enjoy that story whilst really understanding what this woman's going through as she faces the menopause, which Bernice does not want to admit to at all – she'd rather have some horrific illness than be told she's got menopause."

Jane said: "We're going to have some new owners at the B&B, I've just been down to look at the new B&B set and it's absolutely fantastic.

"I'm not going to tell you who the new owners are just yet, but let's just say it's very boutique the new decor.

"It is very glamorous, it's got an absolute touch of class and it's just on the right side of not being cheesy, so they are your clues. And it's going to be two owners, who are not a couple and who will be running the B&B. So enjoy that one!"

Jane said: "We have got a lot of our youngsters that have got stories coming up. I think you get to an age with the young cast where you suddenly realise they are growing up. They've been off screen for a few weeks and they appear where they're a foot taller and voices deeper and you go: 'Oh my gosh, we need to start growing them up in the show!'

"You'll see a really big story for Cathy, Bob's daughter, which is really emotional. It's her first big story really, and it's a challenging one and I think it's one that a lot of parents will connect with and it's one I haven't seen a soap do before so Cathy's got a big story coming up.

"And then we've got April's story as she navigates her world with her dad as he's recovering from his stroke."