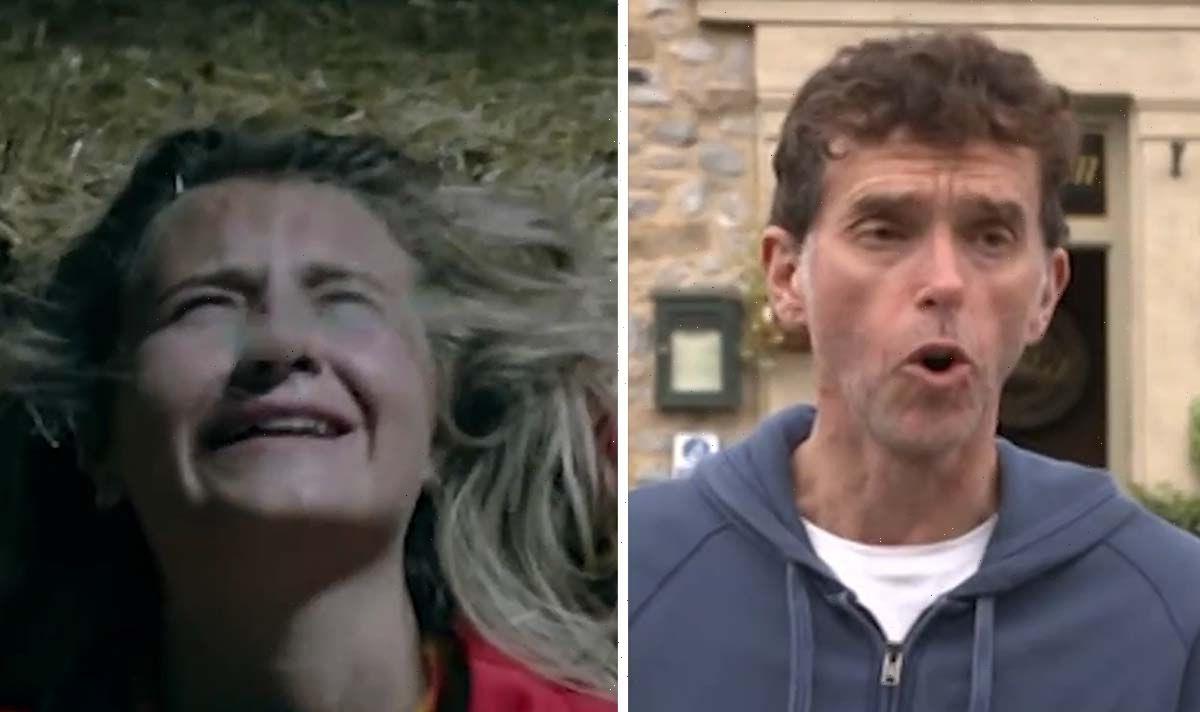 Emmerdale fans ought to be braced for a very different looking show, as cast and crew of the ITV soap have revealed how destructive the incoming storm on the show will be. The monumental scenes will take place this week as the long-running soap celebrates its 50th anniversary.

Some of the soap’s most recognisable faces have warned viewers about how the show might look in the future thanks to the extreme weather on Emmerdale farm.

During a behind the scenes segment on Lorraine, Mark Charnock, who plays Marlon Dingle said: “This storm is a game changer for so many characters.”

Louise Jameson, who plays Mary Goskirk enthused: “What an audacious storyline to put in so yeah bring it on!”

One member of the Emmerdale team added: “The heart of the village will always remain.”

“But, the construction around it is what the future storylines will start of building up and replanting trees and taking it forward.”

The storm will come as part of one of the biggest storylines in the show’s history, to mark half a century on ITV.

Jane Hudson, the executive producer of the show has also predicted a seismic moment in the show’s history.

She told Express.co.uk and other publications: “It is a rollercoaster of emotion and there is a visual input which will blow more than your socks off, put it that way.”

“There are deaths, there’s destruction, but there’s also real moments of intimacy, heartbreak and love.”

“We are going to see our characters tested, in not just their physical strength but their emotional strength as well.”

The long-running soap has experienced a successful week as they scooped the best serial drama gong at the National Television Awards.

To top off the celebrations, viewers and cast were treated to a surprise message from King Charles III.

He delivered a special pre-recorded message at the prestigious awards show and showed he is clearly a fan of the soap.

In the two minute clip, he said: “I am delighted to help celebrate the 50th anniversary of Emmerdale and I am afraid I am so old I can remember when it was called Emmerdale farm owned by the Sugdens.

“It is a testament to all the hard work of its production team that it has since become such a major British export with 100,000s of fans from Scandinavia to New Zealand all keen to follow what is left of the Sugdens and their new neighbours.

He added: “What makes Emmerdale so special is it has kept true to its vision of its original writer, Kevin Laffan who wanted to demonstrate that farming is not just a job it’s a way of life.

“On a daily basis Emmerdale continues to depict what life is really life for those who work the land and protect our precious countryside.”

Emmerdale airs on weeknights at 7.30pm on ITV.